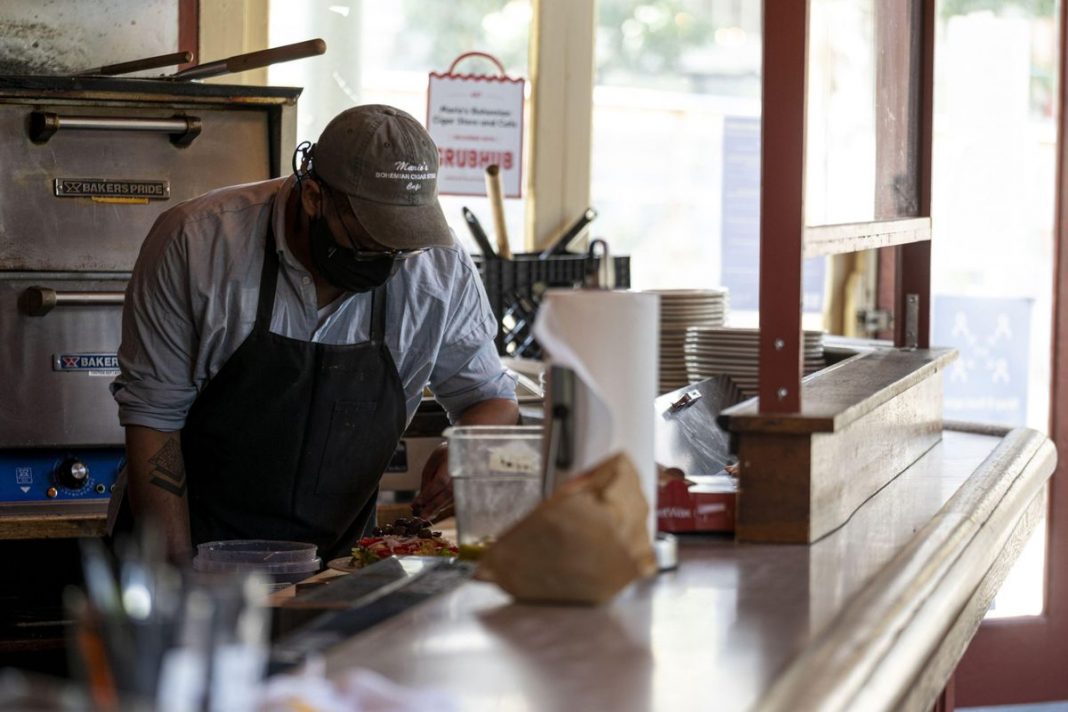 The projections were ecstatic. The April jobs report from the Bureau of Labor Statistics would show at least one million jobs. Maybe two. The country was on its way back to normalcy and all the workers—at least the ones still with a job to return to—would be back at their productive best, making money for employers and the system.

Then came the announcement of 266,000 jobs created, something that Peter Essele, head of portfolio management for Commonwealth Financial Network, said in a statement, “went over like a lead balloon.”

The “ughs” and “oofs” were rampant on Twitter as people didn’t so much digest the information as figuratively pull themselves off the floor. The advance estimations by many economists were wildly off by a factor of four or more.

That’s just bringing back jobs lost. As Heidi Shierholz, director of policy at the left-leaning Economic Policy Institute (and former Department of Labor chief economist) pointed out on a Twitter thread, there are still 8.2 million fewer jobs now than at the start of the pandemic recession. Plus, given the previous pace of job creation, there would have been another 2.8 million jobs, for a total gap of 11 million.

AFL-CIO chief economist William Spriggs pointed out that “long term unemployment is at levels that will be hard to unwind by September when support for unemployed workers is set to fall.”

The crash of reality into presumption suggests those watching the jobs markets don’t take into account what many everyday people experience: low wages, inadequate support for families, fear for safety, and a weariness of going back to what work was rather than what it should be.

Many employers have said they couldn’t hire enough people because potential workers were happy to sit home, collecting unemployment. There’s been a spate of coverage, like from the Sun Sentinel, about how restaurants are having difficulty finding workers and the Cajun seafood restaurant Mr. Q Crab House that turned to robot servers at a cost of $30,000 for three machines. No word on how much the people were paid.

(By the way, Nate Doughty, an enterprising person at the Pittsburgh Business Times, discovered that local firms were able to hire when they raised their wages enough. Just like economic theory might suggest.)

I’ve never found that many people who like to do nothing but stay at home or hang out. One of the impacts of expanded unemployment insurance is that millions have begun to realize just how little they make and that low wages, which add to employer profits and potentially lower costs to keep customers returning, undermine living.

Aggravating this is seeing how pay at the top keeps rising, like this New York Times story about CEO compensation and how many saw big increases in compensation during 2020 when the companies they head did terribly.

The divergent fortunes of C.E.O.s and everyday workers illustrate the sharp divides in a nation on the precipice of an economic boom but still racked by steep income inequality. The stock markets are up and the wealthy are spending freely, but millions are still facing significant hardship. Executives are minting fortunes while laid-off workers line up at food banks.

This never goes unnoticed, although the well-to-do apparently think it does. And of course, that trickled down to small businesses. Employees don’t like feeling that they’re being taken advantage of.

As the Economic Policy Institute has repeatedly pointed out pre-pandemic, there is a vast divergence between productivity rates—more than 2.5 times higher in 2018 than in 1979—and hourly compensation that grew, adjusted for inflation, 15.6%. Companies pocketed the bulk, although once the two grew together.

Look at manufacturing, where there’s a regular dirge that they can’t find enough employees. In March 2021, average hourly earnings of production and non-supervisory manufacturing employees was $23.33. In March 1970, they were $3.19. But scale up that 51-year-old figure through the Bureau of Labor Standards inflation calculator and by the power of rising cost of living, you’d have $22.12. A 5% premium for five decades, even as the savings from productivity skyrocketed. An extra $48.40 a week. A tank of gas? Night out at the movies, no dinner? And that’s in what is supposed to be one of the more demanding and higher paying segments.

The wages issue isn’t one that suddenly appeared. It’s grown over decades of observation by employees that their employers kept more and more of the proceeds for themselves and dribbled out cost of living expenses, even as such critical categories as housing, healthcare, and education race boldly ahead of what people make, unless they’re in the relatively protected upper quartile of pay.

If you get a taste of relief, going back into the mire isn’t so appealing,

Beyond money comes living and working conditions. Brookings Institution fellow Lauren Bauer immediately noted that the labor issues of people not going back to work (and you can’t create a new job if no one takes it) include:

Women did take the biggest hit in job reductions.

Or, forgetting care, how about concerns over health? Going back into enclosed places when not everyone—whether coworker, customer, or corporate building co-denizen—is vaccinated. When, indeed, a quarter of adults say they won’t try to get vaccinated, according to a CNN poll.

Do companies care? Cathy Merrill, CEO of Washingtonian Media, gave one answer in a Washington Post op-ed that read like a warning memo to those slackers who wanted to milk time away from the office. Her view even included that an unveiled warning that people could find themselves out of an employee position and into contractor status. (Something that would be illegal under employment law according to a friend and colleague, Suzanne Lucas, who happens to be an HR expert.)

Charlie Warzel wrote a threaded critique of the position. My summary was shorter: “We need a culture of trust and I can’t trust you if I can’t keep an eye on you at all times.”

The editorial staff walked out for the day.

There’s clearly a disconnect between what those looking at the economy expect and what is actually happening on the ground. But that’s not as important as the disconnect between employers and employees. Time for the former to stop blaming the latter for not wanting to come back to bad conditions that happen to be good for corporate profits.