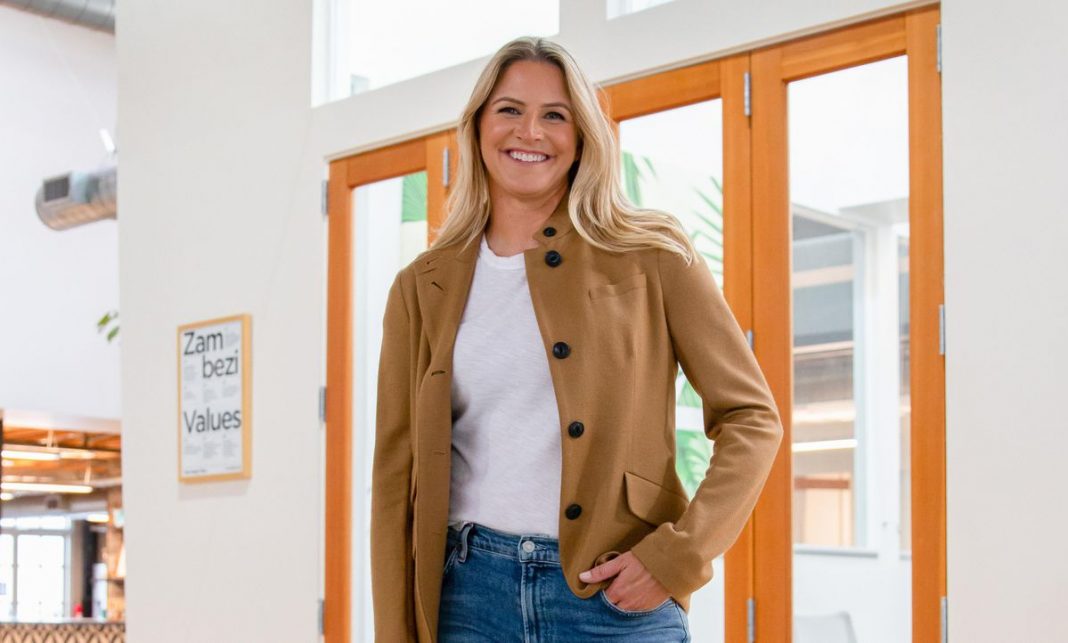 Women investing in other women or themselves has never been more critical. Pre-pandemic, a report commissioned by American Express shared that in 2019 there were nearly 13 million women-owned businesses, which generated $1.9 trillion in revenue. Now, with McKinsey and Oxford Economic’s latest projections that employment for women may not recover to pre-pandemic levels until 2024, women are being faced with the decision to either explore new career opportunities or start their own companies.

Jean Freeman, principal and CEO of Zambezi, redefined what it looked like operating a large creative ad agency and scaled by being adapatable. As the largest certified female-owned full-service agency in America, she made sure that as she grew the team, the company’s core values remained at the forefront.

“Part of the formula for any small business that first of all wants to survive, and then also scale is the idea of shedding your skin and adapting every few years,” Freeman states. “That’s where our name comes from. It comes from the Zambezi shark, which we call a bull shark in the States, but it got its name from the Zambezi in Africa because it would go from the Indian Ocean in saltwater up the Zambezi into freshwater. It’s highly adaptable and highly resourceful. It’s a perfect embodiment of the entrepreneurial spirit that we continue to have inside the company.”

Freeman never imagined at the beginning of her career that she would one day own a business. She started as an assistant account executive at an advertising agency on the United Airlines account during 9/11. While working on the account, she met her husband and business partner, Chris Raih.

Fast forward a few years, Raih moved to Portland to work on a Nike account. As his work expanded, he developed a relationship with Kobe Bryant. At the time, Bryant focused heavily on his brand image and asked Raih to start an agency.

“Chris came home,” Freeman shares. “I was working brand side at Nike at the time, and he came home and said, ‘You’re not going to believe this. Kobe wants me to start an agency in LA. I mean, this is crazy. Should we do it?’ My initial response was, ‘We should; we should definitely do that. We should figure out a way to do it.’”

Freeman and Raih moved to Los Angeles. The excitement of the launch in 2006 was short-lived as the country soon faced the 2008-09 recession. Freeman and her team had to restrategize from strictly being an advertising agency to serving a niche.

“That was when business was really up against the wall, and you’re trying to figure out how you’re going to make it through,” she explained. “That’s when we focused on having a niche on being experts in sports entertainment. That allowed us to stand out with much larger competitors and helped propel the company from a startup to close to a midsize business. That constant embracing of new ways of working every few years is key because just because something is a success formula now doesn’t guarantee that that’s going to be the case moving forward.”

The agency worked with sports entertainment brands like 2K Sports video games, Footlocker and Coca-Cola with the first rebrand. Over the past couple of years, it transitioned into a full-service firm for modern consumer brands. This year the company celebrates its 15th anniversary.

In addition to the work Freeman was doing at Zambezi, she also helped scale her family’s privately held $100 million stationary business, Blue Sky. “If you want to scale,” she explains, “then you have to have the team that is really leading the work, and then you’re managing the team and giving them what they need. I think where a lot of people fall back and not being able to scale their business is because they don’t have the right team underneath them, or they really can’t train the team in the way that makes growth happen. … It’s really hard at times, I feel, for entrepreneurs to get out of their own way and to be honest about if they really want to scale and grow the business and how things have to be restructured.”

As Freeman continues to transition the company and her role within the company, she focuses on the following essential steps:

“If you’re going to be a successful advertising agency, at the end of the day, it’s all about relationships,” Freeman concludes. “When you’re in those times of crisis, that is the time when the strength of those relationships really shows because you need one another. Yes, you have to provide great creative, but at the end of the day, you also have to be able to communicate and be a team with one another.”