Changing The Landscape For Women In Leadership 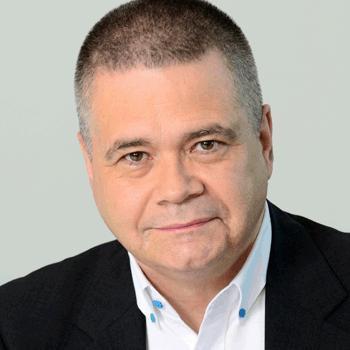 What does it take to shift the culture in an organization to become a trailblazer for women in leadership? What happens when a company takes on deep-rooted societal norms to challenge assumptions about women at work? Michael Foley has held leadership roles in Telecoms companies as CEO of Telenor Pakistan and CEO Grameenphone in Bangladesh and is currently the Regional Director for Airtel Africa. During his tenure as CEO with Telenor Pakistan, Foley drove through transformation to create a lasting impact for women across the organization, making the gender agenda personal and a business driver.

Within minutes of listening to Michael Foley, it’s clear he is firmly a charismatic leader with a strong sense of purpose and clear vision. When he joined Telenor Pakistan, the international telecoms company headquartered in Norway had set a mandate to bring women into leadership roles, not an easy task when there wasn’t a single woman amongst the senior leadership. The driver for change was business; women are a prerequisite to building stronger, more robust, and better performing teams; however, cultural barriers and deeply ingrained cultures across society needed to be tackled.

Foley started with the benefits of gender diversity for the team; “you have a different approach to problem-solving and the advantages that come with having women on your management team. As a leader, you need to help your management team to understand why this is important from a performance perspective, and then you work on how to achieve this change.” Prof Adeel Zaffar, Assistant Professor at Lahore University of Management Science, explains the challenges in shifting from knowing to doing. Zaffar identifies the specific challenges around this area in Pakistan, “If an organization does not truly believe in bringing women into leadership roles, then elevating one or two women as a token gesture is akin to “mansplaining.” The added challenge in our context is that even if qualified women candidates are given a fair chance, their male peers perceive it as preferential treatment. Consequently, the organization’s leadership must “legitimize” its actions and address these perceptions to institutionalize change.

Momina Tariq, who held the Manager Group Learning and Development role at Telenor Pakistan, explains how Foley created a strong personal connection with colleagues. Tariq describes how Foley demonstrated a solid commitment to promoting more women in leadership by sharing his personal experiences as a father of daughters, “Michael was very candid about his family and experiences. He brought his family, his pregnant wife, and his two daughters to join him when he made his first speech to colleagues on his first day. Bringing his family to Pakistan demonstrated his understanding of the environment and his commitment to the country. This action began a powerful journey of transformation for us.” She continues, “The way he spoke about his daughters and his wife so passionately about the role that women played in his family and his life. He wanted to see this translated in the organization, and his approach has a lot of confidence for women to take charge and step up. His voice amplified the confidence within the organization for women.”

Change has to start with the belief that it is worth the effort; interventions become wasted if hearts and minds are not aligned. Foley recognized the importance of this approach by communicating clear targets and timelines for women in leadership. Next, Foley addressed the broader social issues and attitudes towards women working, starting with his staff and the resistance to change. Finally, Foley adopted a forensic approach by aligning targets with specific business goals; focusing on recruitment started the conversation addressing attitudes and how male colleagues responded to how the organization was changing to become more accommodating for women.

Foley was unequivocal about the changes he wanted to see, while he needed to keep colleagues on the journey. He also knew many of his initiatives were not universally popular; “this was not a democratic decision. I needed to bring my team along with me, but I needed to get results. I needed to get my team to recognize we had to change the working environment. We had to make sure that there were constructs where men and women could work together more effectively. We didn’t want this change to occur over a generation; we wanted the change faster. So we initiated change over several years with the clear intention to change the company’s image as a destination for women employees, and this means changing promotion opportunities.”

Addressing attitudes and behaviors required a delicate negotiation of untangling religious beliefs and addressing barriers towards women at work. Conservative attitudes towards working women were conflated with religious beliefs rather than cultural factors. As a practicing Muslim, Foley challenged the overlying assumption to separate faith from culture and address the source of beliefs; “I did not accept that this was an issue of faith, being Muslim. Yes, while traditional roles exist in every environment, this is not the same as faith and can’t limit women. There is nothing in the faith of Islam that keeps women from working, and we needed to address this.”

Foley brought the conversations about the role of women in work into very public spaces, including town halls with Telenor staff. He used these platforms to create interactive sessions to allow individuals to share their concerns. Tariq explains the impact, “Michael made these discussions about women in the workplace live, and he brought them to bigger forums like the town hall. He created psychological safety for colleagues to open up and share their opinions on these topics. It required a lot of bravery for a leader to bring in such sensitive topics and encourage people to share openly. He created forums where people could say anything and everything that was on their mind, so it helped address a lot of sentiments or feelings that members are experiencing at the time to have a more inclusive environment to create a more inclusive environment.”

Words and actions go hand in hand. The interventions implemented provided practical ways to recruit, retain and promote women in the workplace. One of the most significant areas of attrition for women occurred when they became mothers. Reliable and good-quality childcare was a considerable barrier and resulted in women leaving work. Foley implemented a nursery and extended maternity leave to six months. At that point, Telenor was the second organization in Pakistan after Unilever to extend maternity leave. Another area of focus was to address the lost talent, described by Foley; “we needed an initiative that was designed to bring highly qualified, highly educated women into the business, who had left the workforce to start a family. When these individuals re-engaged with us, they returned with Masters, PhDs, and their own lengthy experience. When we sat in the room with these ten Women who we had hired, I was the least clever person in the room because these were all massively highly qualified people who are getting an opportunity now to come back and marketing engineering and sales.” The result was a program called Naya Aghaaz, meaning New Beginnings launched in 2014, which encouraged mothers to return to work. The number of women enrolled in the program doubled year on year, with 80 percent of the participants returning to employment both in Telenor and other organizations. Unintended benefits of the program have extended to women with disabilities to become part of the workforce.

Addressing the leaky pipeline meant stopping further attrition. HR identified women working in Telenor Pakistan for an extended period through talent discussions, viewed as strong performers but evaded promotion. A program was set up to explicitly build the pipeline of women, as described by Foley, “we created a very specific program, and if we were going to promote internally, then we needed to have female candidates as well as men. If we couldn’t find a woman from inside the company, we needed to go outside to identify female candidates. It wasn’t enough to say there weren’t women for the roles.” This radical approach shifted attitudes towards women and demonstrated the leadership commitment to strengthening gender leadership. Strong leadership from Foley also made it clear that progress was necessary, as Tariq explains; “in his communication, he made it very clear this was a priority. With the help of HR, this message was shared across the organization. Gender leadership was imperative for the business, which would not be compromised. He wanted his managers onside to drive this agenda forward.”

Challenging typical practices to recruitment and promotion signaled a clear intention that the culture needed to change, and male leaders needed to become part of the solution described by Foley; “the biggest problem was an old the old boys’ network that would reinforce each other in terms of promotion. We had to talk to the men about mentorship and championing and the value of promoting broader talent. The performance of women in teams and getting more women into the talent pipeline. We had to make sure that we had networks that included men and women and networks for women. Through the network, members would work together and help each other; and create opportunities where senior leaders could champion women. We had to change the working environment. We had to make sure that there were constructs where men and women could work in exchange together more effectively.”

Momina Tariq, now head of HR for PepsiCo Pakistan, is clear about the impact of this work, “what really helped us was Michael’s steer on the innovation agenda. While he was simultaneously accelerating women’s inclusion in the workplace, he was also accelerating a future big organization and pushing forward the innovation agenda.” The transformation across Telenor and the approach adopted by Foley allowed employees to consider and understand future-fit capabilities enabling colleagues to bring their hearts and minds to take ownership of challenges and find solutions to address the culture change for women and men at work. Foley summarizes by sharing his position on diversity, “The benefits of diversity in organizations know no boundaries, across cultures, geographies and socio-economic strata, diversity in all its dimension engenders innovation, connection to the community and performance. No leader can ignore this critical lever for building high-performance organizations.”