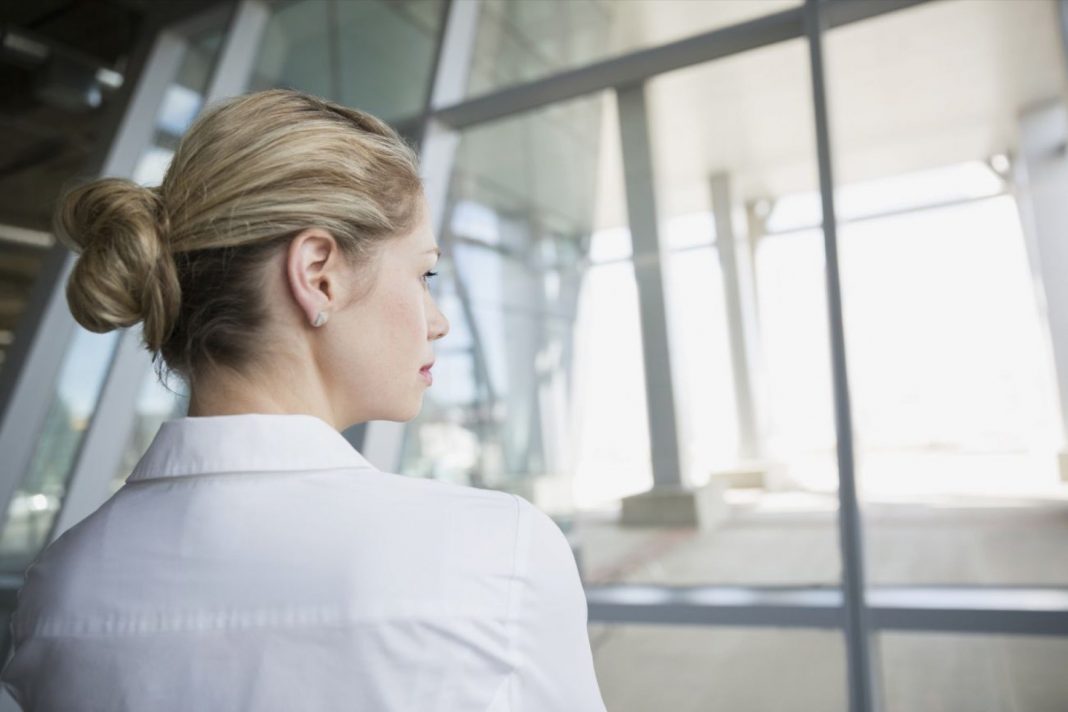 The following excerpt is from Dr. Patti Fletcher’s book Disrupters: Success Strategies From Women Who Break the Mold. Buy it now from Amazon | Barnes & Noble | IndieBound or click here to buy it directly from us and SAVE 60% on this book when you use code LEAD2021 through 4/10/21.

During research for my Ph.D. dissertation, a woman told me, “I’m a golfer, but there’s really a big difference between women and men on things like golf. Men will go play business golf even if they’re awful. Women only play business golf if they’re pretty good because they don’t want to be embarrassed. And it’s dramatic, the difference. I’ve played in golf outings where there are a lot of men [who] are awful. And there are never any women [who] are awful because they’ll decline the invitation.”

This observation encapsulates women’s chicken-and-egg problem: Confidence comes from competence, but we can’t acquire true competence without applying ourselves, and we can’t truly apply ourselves without accepting the challenge . . . which we don’t want to do until we’re confident in our abilities.

Many women take the long road: They gradually acquire an overwhelming amount of competence until they feel confident enough to accept another set of responsibilities.

I believe this is one of the areas where we as a gender truly do ourselves an injustice. The faster way to get where you want to go is to ignore the voice in your head screaming about your lack of confidence. Develop your capabilities and dive headfirst into the challenge. You can worry about finding confidence later. You need to become comfortable with uncertainty.

The top two things my doctoral research participants said were key to overcoming barriers (such as gender bias and self-imposed obstacles) were competence and mindset.

But, how do you acquire them? Let’s talk about some of the most common mindsets that limit women in business.

Impostor syndrome: the 800-pound gorilla in your brain

Impostor syndrome is, by far, the most common trait the women I’ve talked to and coached have experienced. Every woman who’s attained a modicum of success worries that one day, someone will realize she doesn’t know what she’s doing. The common refrain I hear: “I’m afraid they’ll find out I’m a fraud!” Newsflash: Everybody is winging it.

The focus on confidence, where the “not good enough” belief perpetuates and where experience is the only perceived indicator of capability, should be replaced by competence. Competence drives out impostor syndrome by addressing it head-on. Women who understand that they have the capability to figure things out, even when they aren’t “the best,” know that they’ve earned a place in the room and at the table.

Be aware when you’re the only woman in the room

It took a class on feminist leadership theory for me to finally realize, How have I been so blind to the obvious?! How did I not see that I’m almost always the only woman in the room!? It makes a difference. I have to be better prepared and do more to demonstrate my competence and capability than my male counterparts. I shouldn’t; it’s outright sexism. But, it’s the reality nevertheless.

It reminds me of the time a chief diversity officer admitted she still battles unconscious bias. While she was flying over Greenland, the Airbus A380 — the largest passenger aircraft in the world — encountered some turbulence. The captain, who was a woman, made some reassuring announcement.

The diversity officer’s immediate reaction was, I really wish it was a man. I hope she can do this.

Afterward, she realized how ridiculous her fear was — as if the captain needed to physically carry the plane through the air. There’s no logical reason a man would automatically be more qualified to handle turbulence than a woman. And that was her point: Even someone as attuned to those irrational feelings as she is still experiences unconscious bias. Once you become aware, your unconscious bias turns conscious. Your bias, if found to be unsupported, eventually eradicates itself from your brain — but only if your decision-making and reasoning are interrupted for a moment of true clarity.

Related: How to Succeed as a Female Leader Anywhere In the World

Don’t assume others know more than you

What share of Fortune 500 CEOs went to Ivy League schools? While you’re thinking about your answer, remember that we’re talking about the elite executives at the helm of AT&T, GE, JPMorgan Chase, Boeing, Intel, Pfizer, Dow and other such companies, with gross profits larger than the GDP of many countries.

The first time someone posed this question, I thought I’d guess provocatively low: “Half?” Nope. Barely a third. Which means almost two-thirds went to more modest schools, like Texas A&M, the University of Tennessee and the University of Arkansas. Don’t assume that other people necessarily have more ability or education than you.

And don’t let the path you took define you. You choose how to define it. Take my route to higher learning. Despite having the chops to be accepted to some of the best colleges and universities on the planet, I couldn’t take advantage of the opportunity. My parents’ salaries were somewhere between “Sorry, you don’t make enough to afford this place” and “Sorry, you make too much to qualify for financial aid.” I had to enroll at a smaller but more affordable college.

For my MBA, I was married and working, so Chris and I could afford for me to go to Richmond University’s prestigious School of Business in London. But, when it came time to pursue my doctorate, I couldn’t quit my job. Chris was at home with the girls by then and mine was the sole source of income. On top of that, I had to travel extensively. That necessitated a flexible, online degree program. The only one that fit my circumstances was the online University of Phoenix.

I used to worry about people scoffing at my online degree when they could whip out a degree from some Ivy League. Today, however, my professional work and doctoral research speak for themselves and overshadow whatever academic pedigree I lack. I don’t allow my previous temerity about the source of my higher education define what I’m capable of. My path may not have been traditional, but I’ve never let it determine the path ahead.