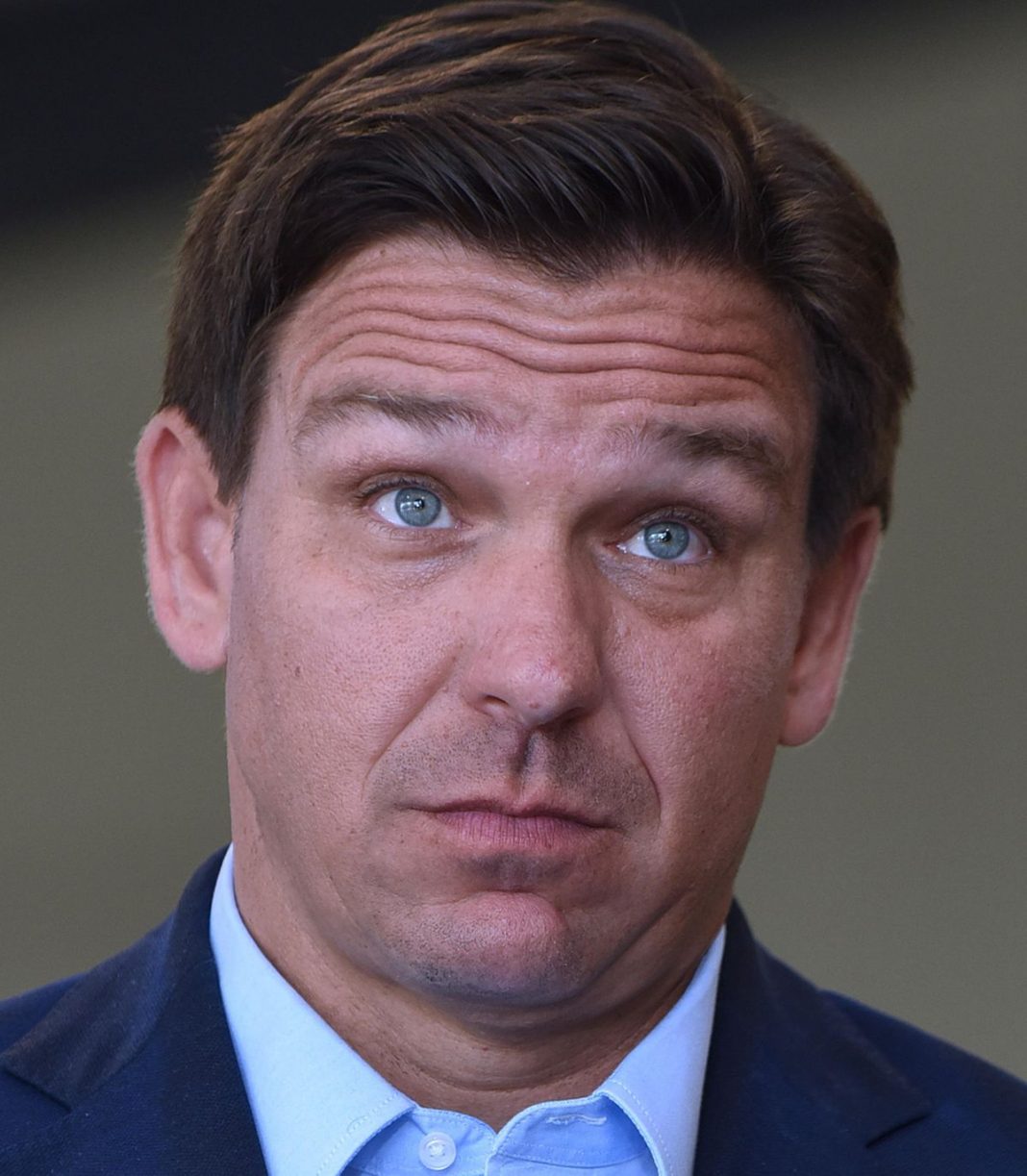 Florida’s Republican Gov. Ron DeSantis told Fox News Thursday he will sign a bill into law that will ban every transgender female who wants to compete in school sports according to their gender identity, except for girls in elementary school. Trans boys and men will not be restricted in any way.

“We’re going to protect our girls,” DeSantis said at a town hall of Republican governors hosted by Fox’ Laura Ingraham, ignoring the fact that trans girls are girls. “I have a four-year-old daughter and a one-year old daughter. They’re both very athletic. We want to have opportunities for our girls. They deserve an even playing field, and that’s what we’re doing.”

Although it was thought to be dead, the transgender athlete ban was revived by State Senate Republicans and attached to Senate Bill 1028.

“Yet another political tactic that highlights an ongoing lack of compassion and a willful ignorance of who transgender youth are and how this will cause harm,” trans man Nathan Bruemmer of St. Petersburg, Fla. told the Tampa Bay Times.

College athletes and coaches, however, launched a campaign on Thursday to fight the delay of that provision, which would for the first time allow college athletes to earn money from autographs, commercials and the like. The line was something DeSantis had advocated for, allowing NCAA athletes to profit from their likeness and make product endorsements like pro athletes do.

State Senate Republicans provided a fix through a measure which amended SB 1028 to let the “name, image and likeness” provision kick in July 1, as originally planned.

No such heroic measures for trans girls and women. The only part of the original bill that was deleted was a provision allowing genital inspections of girls suspected of being transgender; that was replaced by inspections of birth certificates.

Once signed, Florida will be the eighth state in 2021 that has enacted a law restricting transgender women from playing in women’s sports. Similar bills in more than 30 states are under consideration.

President Joe Biden told Congress Wednesday night, “To all the transgender Americans watching at home — especially the young people, who are so brave — I want you to know that your president has your back.”

Biden’s senior adviser on LGBTQ+ issues was the first to declare last month, on the Trans Day of Visibility, that the administration will fight these new state bans.

“Any attempt to discriminate against trans kids or trans people is actually against the law and against nondiscrimination laws already on the books,” Reggie Greer said, as reported by The 19th. “We want to be an active part,” he added, of molding the national narrative on trans rights.

On Monday, the Ninth Circuit Court of Appeals will hear arguments in Hecox v. Little, the challenge to a ban on transgender students in school sports enacted by Idaho last year. The ACLU’s deputy director for transgender justice, Chase Strangio, will be arguing on behalf of a trans woman, Lindsay Hecox, who hopes to make the Boise State cross country team this fall.

One bright spot this week came from North Carolina, where a trans ban bill was set aside. It was just a few short years ago that North Carolina was hit hard by boycotts and public ridicule for a law that banned trans people from using public bathrooms that did not match the gender on their birth certificates.

This time around, however, the PBS NewsHour noted there is little to no backlash against states enacting trans bans.

Texas House Republicans are considering the most heinous of all bills thus far: A State Senate bill that brands gender transition for children “child abuse.”

They were unswayed by the moving testimony of a 10-year-old trans girl named Maya Stanton.

“I used to say, ‘I think God made a mistake and put me in the wrong body,'” she testified. “But now I realize God put me in this body for a reason, which was to teach people like you about diversity, tolerance and how people can be different.”