Forty-Five Years After Coeds Opened The 1st US Craft Brewery, Male Owners Outnumber Women By 3-To-1. 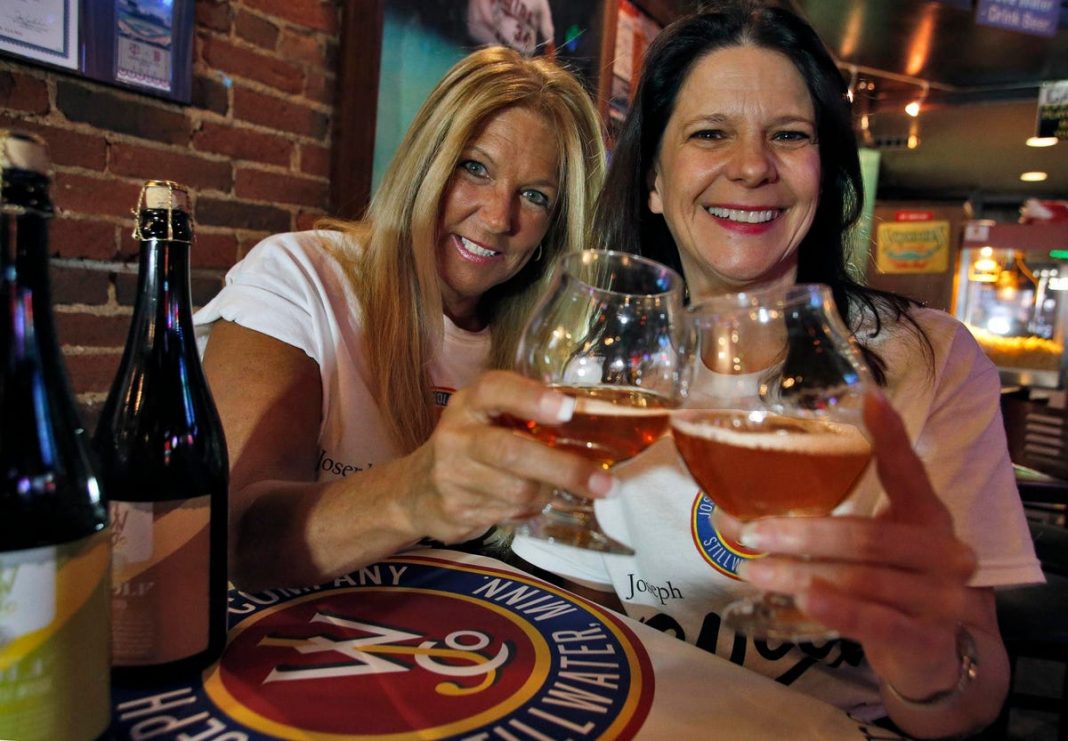 Just how male dominated is American craft brewery ownership? For the first time, it appears we have a statistically accurate answer: three-to-one. That’s right, in a nation where women comprise 51% of the population, according to the Census Bureau, men make up three-quarters, or 76%, of craft brewery owners.

At the Craft Brewers Conference in early September, Brewers Association (BA) Chief Economist Bart Watson reported these findings and noted that he’d changed his counting methodology to overcome a suspected and subsequently confirmed response bias that had formerly overrepresented female and BIPOC ownership. Instead of attempting to survey the entire BA membership this time around, Watson and his team sent demographic surveys to 500 randomly selected members then independently researched ownership of the breweries that didn’t answer. They found women to be slightly more likely than men to return the survey (with owners of color far more likely to respond than their white counterparts).

“I don’t know how over-represented the old results were, since we didn’t do the same type of random sample or research,” he emails. “What I would say is I’m much more confident in these results being an accurate view of industry ownership. It means that you shouldn’t compare these results to that last result (so can’t really track changes) and that we’ll have to use this approach going forward to get accurate results.”

It also means that a small slice of the book I just published on the history of women in beer will need to be updated in the next edition. That’s because at the beginning of the chapter of female brewery ownership I cite his previous numbers, which we now know slightly overstate reality. But to focus too tightly on the exact numbers misses the point: we’ve come a long way but we still have a long way to go to reach parity.

For inspiration, prospective owners might read stories about women like Gretchen Schmidhausler, Lauri Spitz, Mariah Calagione, Natalie Cilurzo, Jacqui Town, Lisa Allen, Renee DeLuca and the Yuengling sisters — all of whom have started, joined or inherited breweries and are actively helping grow the ranks of women leading America’s beer production.

Here are a few from Chapter 28 of my book, A Woman’s Place Is in the Brewhouse: A Forgotten History of Alewives, Brewsters, Witches, and CEOs:

I HAVE GOOD NEWS AND BAD NEWS to report about female brewery ownership in the 2020s. The good news is women own breweries in the 2020s.

The bad news is according to a Brewers Association member survey, women-owned breweries comprise a miniscule 2 percent of the total. That’s 160 out of 8,000.

(Actually, the very fact that I can report this is good news considering stats about women in the industry only started coming out seven years ago. Trust me, it felt like an eternity.)

The Brewers Association goes on to say that men alone own more than half of member breweries, leaving less than half with mixed-gender ownership.

I’m counting Gretchen Schmidhausler at Little Dog on the Jersey Shore in that 2 percent, even though she does have silent male investors. She swears none of her business challenges have ever come as a result of her gender. But her challenges owning and operating a tiny brewery, she says, wrap in just about everything else.

“I wear a lot of hats,” she says. “I’m the bookkeeper, tasting room manager, sales person, brewer. I miss working for someone else. I miss having some‐one else pay the bills. The robust number of breweries reduces the number of people that come to see you. Professionally it has been very rewarding. Financially it has not.”

That’s not to mention that with the proliferation of breweries, craft beer novices who come in for a pint during an afternoon spent brewery hopping don’t realize how desperately she needs their support.

“I really love this beer,” they tell her. “I’ve just got so much beer in the fridge.”

Gretchen is far from alone in her frustrations. The beer game can prove a crazy-making slog for anyone trying to make money on it. That explains one reason most brewery owners pair up with someone else—to shoulder some of the burden. One-third of BA members split ownership fifty-fifty between a woman and a man, and, by my unscientific account, the vast majority of those are wife and husband or, to a lesser degree, girlfriend and boyfriend.

Lauri Spitz, who opened Moustache Brewing on the east end of Long Island in 2013 with her husband, Matt, offers one such example.

The first time they homebrewed, back in 2004, they had so much fun they declared in jest they should open a brewery. For the next seven years, they said that every time they brewed, which they did a lot for entertainment, given neither could settle on a career that didn’t make them miserable.

They got serious about the professional brewing idea, agreeing they’d rather try and fail then fail to try at all. With less than zero idea how to fund or operate a brewery, they did what so many wannabe brewery owners do: they launched a Kickstarter campaign.

Like so many stories of misfortune that seem to befall start-up business owners and can only be laughed about after the passage of plenty of time and alcohol, the lead-up to opening their one-barrel brewhouse didn’t, as an understatement, go well. It started when Matt broke his leg then was diagnosed with multiple sclerosis just as they were readying to open.

Then came the bad news.

As Lauri waited for Matt to finish a neurology appointment, she got a text telling her a sheriff was at the brewery putting a lock on the door because the landlord had neglected to pay the mortgage.

Luckily, Matt manages his disease well and doesn’t have to take much time off from brewing on what’s now a seven-barrel system. This is good because Lauri, who calls herself too artistic and fun-loving to enjoy the precision demanded of brewing, mostly manages the taproom and business end of the business.

In all of the breweries owned by hetero couples, I don’t think I’ve ever seen these roles reversed. Though I’d like to watch traditional divisions of labor collapse, I do appreciate a woman’s touch on a taproom. Lauri, who told me half-ironically not long after she opened that she bases some of her beer recipes on scented candles, said in the same interview that she decorated Moustache’s tasting room by “nesting the s*** out of it.”

In a fairy tale, Moustache would live happily ever after. But in real life, Lauri and Matt spend a lot of their time stressed out and exhausted. Lauri says with all seriousness she had a nervous breakdown in the summer of 2020, and that was before a three-month COVID-19 shutdown, following their tourist town’s dead winter season, pushed them into bankruptcy.

Bankruptcy notwithstanding, unsurprisingly the question Lauri hears most often is, “How do you and Matt work together without killing each other?”

Though I don’t have an insider’s view, it looks like my friends Lauri and Matt have an intensely resilient relationship, probably aided by the fact that everyone I know who knows Mr. Spitz thinks he’s just about the nicest guy in New York.

Lauri attributes much of their success to the fact that they communicate the way a skillful corporate human relations specialist would train personnel. They listen without ego or judgment and say things to each other like, “Do you have five minutes for some feedback?”

Sometimes the answer is no, I want to go cry this out in a corner. Can we talk about it later?

Describing a relationship that reminds me of what celebrities often say about their equally famous significant others, Lauri actually prefers working with Matt because if only one of them worked at the brewery, the other couldn’t possibly understand the crazy ups and downs of running one.

Lauri, who’s teaching herself to take time for self-care, marvels, “When we originally decided to open, we said to each other, ‘You know, best case scenario is we make it and we look back in seven years and say we did it.’ Well, it’s been seven years. And we’re doing it.”