From ‘Modern Family’ To ‘Superstore,’ Nicole Lynn Evans Talks Breaking Into Hollywood With A Disability 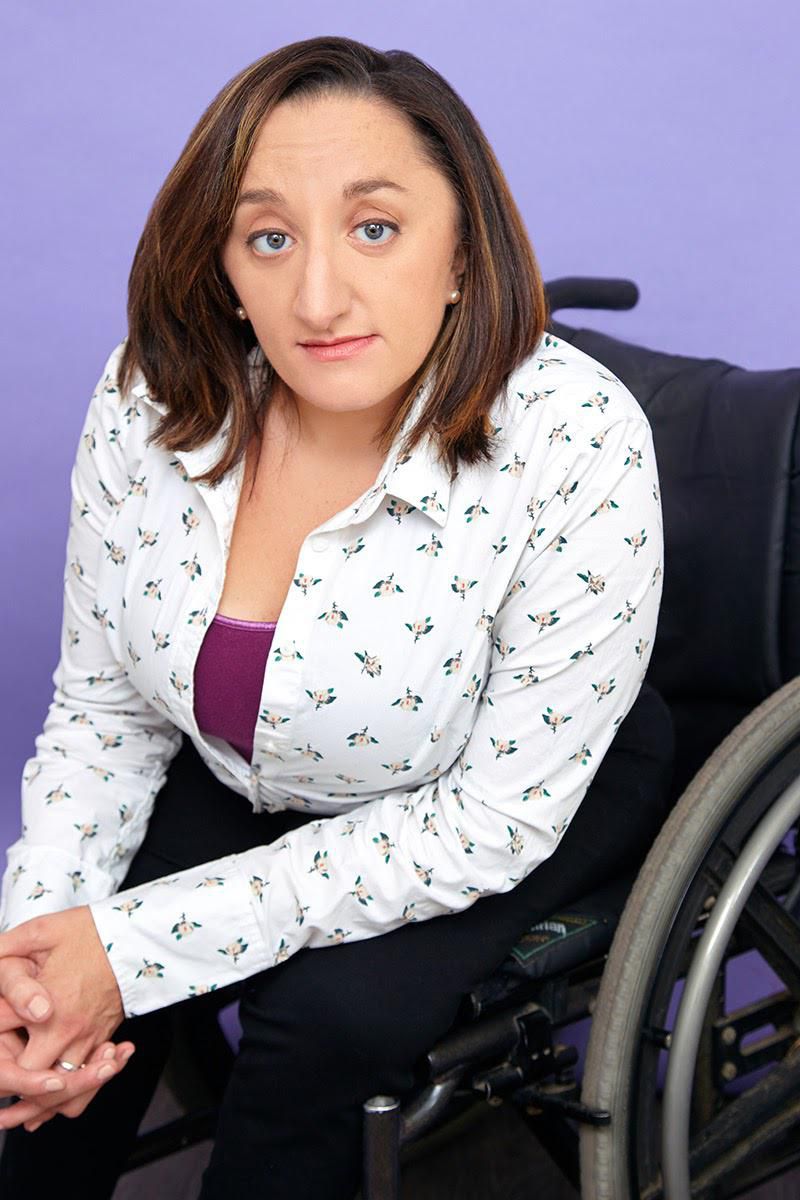 As Nicole Lynn Evans sat on her couch in her apartment in Los Angeles to watch the premiere of season two of the Netflix show Special, she couldn’t help but be excited. She’d loved the first season of the comedy series, which was written by its star and creator, Ryan O’Connell, an actor with cerebral palsy. But this time, Evans was watching with an even stronger connection: she was hired by O’Connell as a recurring character who will appear in episodes five and six.

How she got hired to play the role of Natalie is as unique as her journey to becoming a Hollywood actress.

Evans was born and raised in Simi Valley, California, just outside of L.A. After birth, she was diagnosed with osteogenesis imperfecta, a brittle bone disorder. Evans is also a little person.

Throughout her childhood, because of her bone disorder, Evans fractured many bones and had numerous surgeries. By fourth grade, she started using a wheelchair, especially when she was not at home and out in public.

Even so, her disability never stopped her from pursuing what she wanted, and her family was her greatest support system.

From an early age, Evans loved to perform. She reminisced on a childhood spent performing magic tricks for her family and friends, which eventually evolved to participating in choir and school plays.

“I loved everything about it. I loved the costumes, loved the lights, loved being in front of an audience. I loved entertaining people, and I loved to hear the roar of a crowd when they laugh,” Evans said. “It’s just fun. I’ve always loved playing pretend and make-believe as a kid and growing up and doing it as an adult. It’s a great feeling.”

At first, Evans didn’t realize that acting could be a viable career, so, after high school, she enrolled at Cal State Northridge and signed up for several math and science classes.

But after her first day, she was unhappy.

“I came home from school, and I was super upset. I realized this is not what I want to do. I wasn’t having fun. I wasn’t excited about it. And I was crying,” Evans said.

“I remember talking to my mom about it. And she looked at me and said, ‘Nicole, why don’t you go to school for what you always thought was fun? Enroll in art classes, check out the theater, see what’s going on there, do what you want to do and what you enjoy. At that moment, I thought, ‘I can do that?'”

Evans took her mom’s advice. She enrolled in theater and art classes and ended up with a BA in theater performance. After receiving her undergraduate degree, Evans attended Cal State LA, where she received her MFA in theater, film, and television performance.

Although Evans says she was received positively by most of her peers and educators during her time in college, she recalled some problematic experiences she had because of others’ attitudes towards her disability.

She had auditioned for a play and, as she says, “nailed the part.” Evans left the audition feeling confident. But then she heard some bad news from a friend.

“They said they overheard the director say, ‘Nicole was great, but I could never give her the part because she’s in a wheelchair,'” Evans said. “That hurt me. That was tough.”

Thankfully, Evans had the confidence to keep going and used the situation as motivation to prove herself and “make it” in Hollywood.

For her thesis, Evans “wanted to create work for herself,” so she wrote a pilot script with herself specifically in mind. For the project, she shot a sizzle reel that she used in pitch meetings, manager meetings, and auditions after graduating.

Evans’s first role was in 2009 when she landed an extra spot on ABC’s Modern Family.

“Till this day, people come up and ask me if that was me,” Evans laughed. “And it’s funny, because the first thing I ever did, I didn’t even say anything. But there’s a really good shot of me in it — and just the other day, someone asked me about it.”

“It’s such an actor’s story, you know, the thing you’re most recognized from is the first thing you did, where you didn’t even say anything.”

Over the next several years, Evans had a few successes. She worked on an indie feature called Broken Dreams, for which she won the award for best supporting actor at three film festivals.

But it wasn’t until discovering the Easterseals Disability Film Challenge, that Evans’ career truly began to soar. The Easterseals Disability Film Challenge supports artists— with and without disabilities— and provides them the opportunity to collaborate and tell unique stories that showcase disability in its many forms. It’s a weekend-long competition where filmmakers write, produce, and complete a three-to-five minute film after receiving an assigned genre, with a list of props and locations.

In 2019, Evans entered the challenge as an actress in a film. She went on to win the award for best actor for her movie, Human Helper.

“That was an incredible opportunity that opened so many doors for me. I met so many amazing people,” Evans said. “I do believe that the film challenge is changing the industry from the inside out. It’s creating opportunities and a platform for people with disabilities.”

After the challenge, Evans landed a role on Freeform’s Good Trouble, then found herself hired as a recurring character on one of her favorite shows, NBC’s Superstore.

“Superstore was so much fun. I got the breakdown. They were looking to cast a new hire. And the character didn’t have a name; it just said ‘new hire.’ And for my side job, I work at a grocery store. And it was a self-tape audition. So I put my nametag on for the part because I wanted to give it a name. And I thought that would be funny. And maybe someone would spot my name tag and laugh,” Evans said.

“So I wore my Nicki name tag. And it’s funny because they ended up naming the character Nicki, which I thought was so awesome.”

The excitement dwindled after shooting her first episode, though, because soon after, the Covid-19 pandemic began, and the world shut down.

“I was worried that they wouldn’t bring me back when production resumed,” she said. “None of us knew what was going to happen.”

“But they did, and I am so glad they brought me back. It’s always been one of my favorite shows, so it was awesome to be on it.”

And now, Evans is on Special — thanks to the Disability Film Challenge. After winning the award for best actor on Human Helper, O’Connell, Special’s creator, watched her performance.

“She was so funny and also had such a warmth to her. I was obsessed,” O’Connell said about Evans. “I initially met her to be in the writer’s room. We didn’t end up having a room—it was a pretty lean operation—but I wrote the part of Natalie specifically for her. Her audition was, of course, great. But, to be honest, the part was already hers. I just loved her energy so much and needed it in the show.”

The Disability Film Challenge was started in 2013 by Nic Novicki, an actor, producer, and writer in Hollywood. Novicki, who is also a little person, has helped countless people with disabilities land jobs both in front of and behind the camera.

“Nicole is such an unbelievable actress and an even better person who is always trying to lift up our community. I’m confident that her career will continue to flourish and that she will continue to pave the way for people with disabilities in the entertainment industry.”

According to the CDC, 61 million Americans identify as disabled. Yet, despite the number of people who identify as disabled, there is still little representation in television and films. According to the 2020 Annenberg Inclusion Initiative, which examined the portrayal of gender, race/ethnicity, LGBTQ, and disability in media from 2007 to 2019, even with slight gains in the number of characters with disabilities appearing in films over the years, the population is still essentially nonexistent.

But the Easterseals Disability Film Challenge hopes to change that, as does Evans. She advocates for more disability representation in front and behind the camera and encourages artists with disabilities to follow their dreams and never give up.

“I knew it would be challenging [to break into Hollywood]. But I didn’t ever think it was impossible,” Evans said.

“Other artists with disabilities need to go for it and know that your voice is absolutely important and needs to be heard.”

This article is part of a series called Seen: Spotlighting Disability Representation in Hollywood. Every month, I will highlight a woman or girl with a disability in Hollywood with the purpose of uplifting their voices and showing the impact people with different abilities have on the industry.