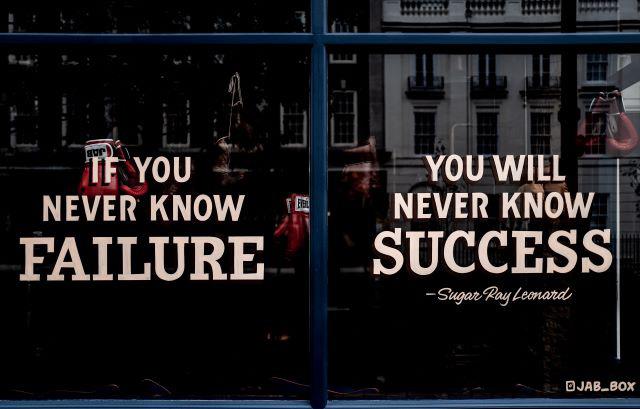 You didn’t expect to make it. Others didn’t expect you to make it either, but you did it. You worked harder, better, faster, and were more intelligent than the competition. But you also recognize you did it because failing wasn’t an option—you knew what you were up against.

This is known as the underdog mentality, often derived when someone feels less experienced, less talented, or any other “lesser” than the competition. The underdog mentality can come from feelings of inferiority; typically, it comes in the form of lack of confidence, stress, worries, doubts, fears, and the expectations of others.

It is normal to question your abilities and momentarily feel incompetent. Feeling insecure or insufficient is often situational. But sometimes, these feelings can become chronic, leading to an entirely new way of thinking. In some instances, it might be an inferiority complex. In comparison, others might develop an underdog mentality.

The underdog mentality arises when you are underestimated, or the odds are stacked against you—you feel you have more to prove. Sometimes, people overcompensate when they think they have little chance of succeeding. Also known as hyperfocus—highly focused attention that lasts a long time—happens when you concentrate on something so hard that you lose track of everything else around you.

For many underdogs, this mentality, along with hyperfocus, helps them overcome obstacles. It directs their attention to the problem—channeling their passion and energy and increasing the likeliness of success. Although it’s not always about winning, it’s more about evolving or learning. As a result, many underdogs become a better version of themselves.

If you’ve ever felt like an underdog, here’s how that can work for you and create better resilience.

Underdogs Know How to Persevere

Life brings about many challenges—often, the challenges you face may feel impossible to overcome. However, underdogs are well aware of when faced with challenges; they realize it’s an opportunity to grow. This growth process requires a positive attitude and an ability to repurpose the setbacks into new beginnings.

An underdog is someone who has a disadvantage. Their roadblocks are stacked higher, obstacles prove difficult, challenges are complex, and their history is littered with setbacks and failures. In some instances, an underdog may have less education or expertise, especially if they are new to the topic or field. Not to mention, those around them are betting the likelihood of success is low. And that’s what makes their stories so powerful.

The difference between an underdog and someone who has always found success is that an underdog looks introspectively to overcome when faced with a challenge. They refuse to give up, and in turn, begin to problem-solve. This leads to perseverance—that inside drive that looks around obstacles.

For example, take the story of Silvester Stallone, who also famously portrayed the underdog character of Rocky Balboa. Stallone grew up as an underdog finding setbacks at every corner. He was faced with physical and financial struggles, often bullied for his appearance, and found himself homeless and hopeless as an adult. That’s when he decided to teach himself screenwriting. As he honed his craft, he again faced much rejection. He refused to give up, though, and was later inspired by a boxing match. Within three days, Stallone completed the script for Rocky Balboa, which launched his wildly successful career.

Underdogs Believe More In Themselves And Their Dreams

Being the underdog often comes with a strong belief in yourself to achieve the impossible. However, this belief may not be a natural response. Mostly because being an underdog can take a psychological toll leading to performance anxiety, low self-esteem, fear of failure, intimidation, self-doubt, and insecurities. But having the underdog mentality can lead to resilience because they respond to defeat by believing in themselves and their dreams.

An underdog never accepts defeat. Instead, they perceive a demanding situation as an opportunity to reach higher and push farther. They assess and evaluate their setbacks, setting new goals and never quitting. This mentality often leads to breakthroughs in overcoming obstacles. It also builds confidence.

Underdogs Have A Greater Sense of Gratitude

There is no shame in getting knocked down. However, the true testament of success is the ability to get back up when faced with setbacks. When you’re an underdog, nothing is handed to you, which means you are persistent and resilient and are no stranger to picking yourself up.

The fact that underdogs can’t see their failures as failing is also a great thing. Underdogs may feel like there is nothing to lose—so they often give it everything they’ve got. But, sometimes, it isn’t easy to see their worth or greatness. So when success happens, underdogs surprise themselves and are more grateful.

How To Adopt The Underdog Mentality

Being the underdog has significant advantages. So, if you’ve never been the underdog, but are ready to adopt the mindset, here’s what you can do.

An underdog is more prone to keep trying, to keep fighting, and to keep failing. They don’t fear failure, and failing is something they have learned to do over and over again. As Denzel Washington says in his commencement speech, “Fail big, and don’t be afraid to fail.” Underdogs use everything they have to get where they need to go. Failures become an opportunity to succeed—channeling their setbacks and driving them forward.

Heather Cherry is a Marketing Copywriter. Her specialty is authentic storytelling. She self-published, Market Your A$$ Off. She holds a master’s degree in Professional Writing from Chatham University.