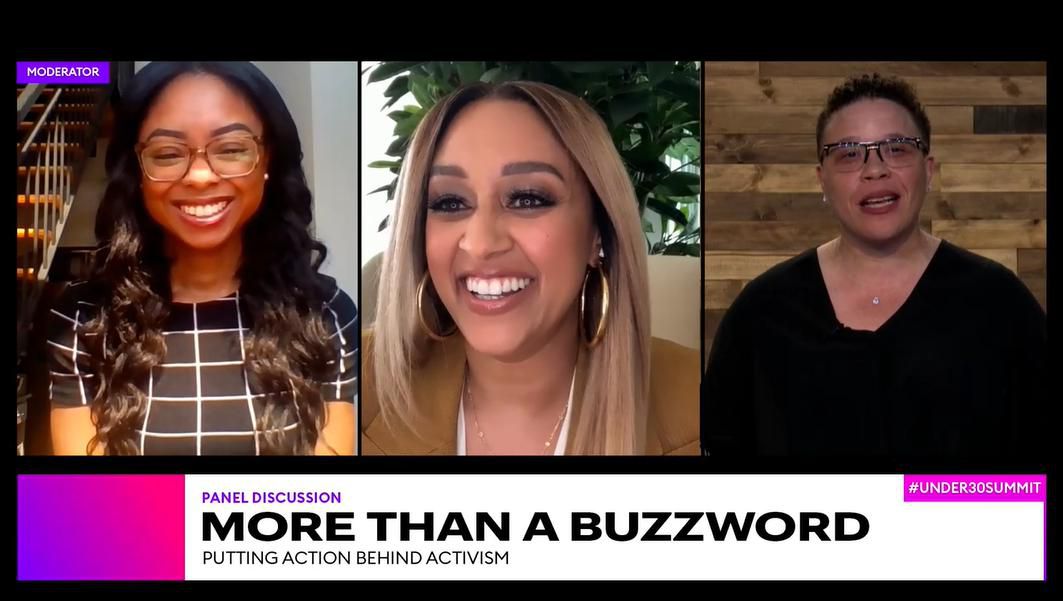 Tia Mowry-Hardrict and Trina Scott represent vastly different worlds: Mowry-Hardrict is the founder of supplement startup Anser, while Scott is the chief diversity officer of Rocket Companies. But when it comes to how they connect with consumers and exercise social responsibility, they share a common strategy: be authentic.

For Scott, authenticity starts with acknowledging that there’s a lot of work to be done. “We haven’t developed score cards yet because that’s punitive,” she told the virtual audience at Forbes’ Under 30 Summit Kickoff. “We want to give people the opportunity to learn and grow and develop in this space.”

Even without quotas, leaders should still be held accountable, she added. “But it’s not just from the senior leaders in making statements and showing that this is important. It’s also team members holding each other accountable to ensure that we have an inclusive environment. Those two things have to blend together in order to have a healthy and robust organization.”

Mowry-Hardrict, whose supplement brand boasts a repeat customer rate of 45%, is on track to triple its revenue from last year. She attributes this success to listening to consumers. “It’s about including everyone,” says Mowry-Hardrict. “I’m a huge believer in when you see it, you be it. It’s important to make sure that [people see themselves] and feel included and valued.”

As it turns out, consumers are paying close attention to the values of the brands they support. A survey conducted by Forbes during the summit found that nearly 50% of attendees make sure brands have strong social responsibility initiatives before supporting them.

Scott wasn’t surprised. In her role, she says she’s always asking, “How do we get on the ground with our potential consumers to hear what they’re needs and concerns are? If we think about Black and Brown people who traditionally have been left out of homeownership, it’s important that we build trust with those communities.”

“I see myself as the customer,” adds Mowry-Hardrict. “Whenever we’re looking at our product, I’m always looking at if I want to buy it, from a marketing standpoint, from a pricing standpoint.”

Establishing strong external relationships starts with strong internal ones, Scott says. Instead of implementing employee resource groups, Rocket Companies strives to empower its staff members to think of themselves as a team of leaders. As a result, it has 13 team member-led resource networks.

“Our team members are able to inform some of the things we’re doing as an organization,” says Scott. “Listening is a key component, but also making sure that you’ve put what you’ve heard into action is a major piece to this.”