How Discrimination Leads To A Motherhood Penalty In The Labor Market 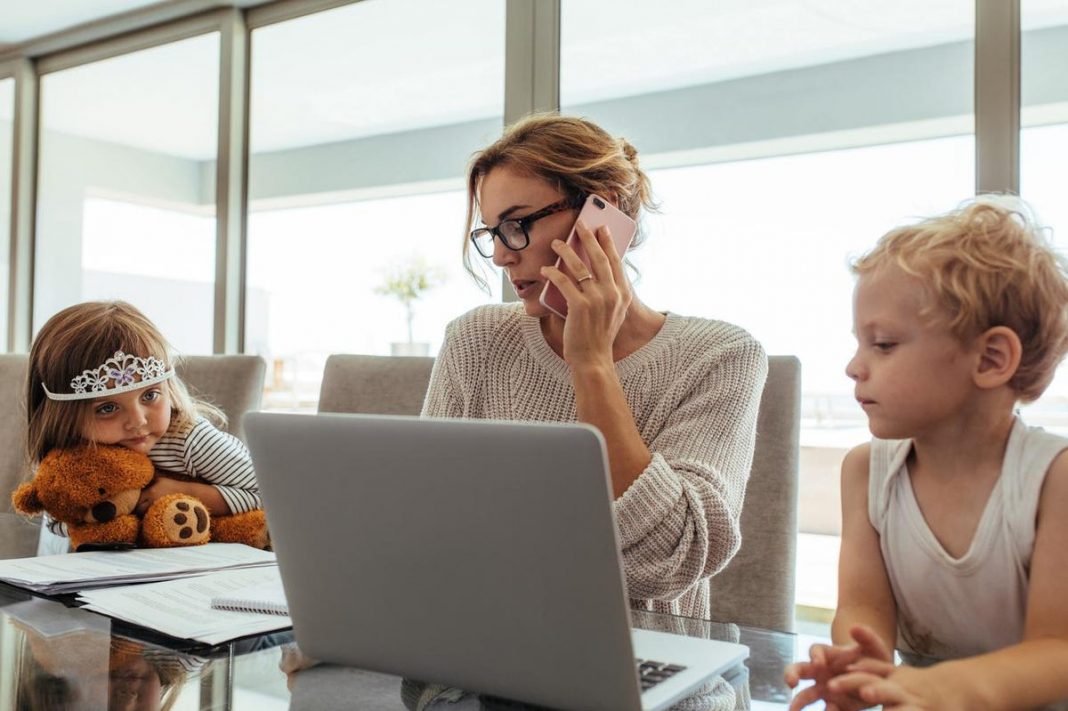 During the Covid pandemic, it has been evident that much of the domestic burden of caring for relatives, home schooling children, and so on, has fallen on women, with this widely believed to have contributed to the record departure of women from the workforce during the past 18 months.

Previous research from Washington University in St. Louis found that the pandemic had placed an impossible strain on women’s work. It’s a finding that the researchers believe could have enduring consequences for working mothers.

“Our findings indicate mothers are bearing the brunt of the pandemic and may face long-term employment penalties as a consequence,” the researchers explain.

The analysis revealed that the work hours of mothers dropped by up to five times as much as fathers’ during March and April, with working mothers scaling back their work by around 5%, or two hours each week, to cope with the other challenges presented by the lockdown, especially involving the home schooling of children.

The study highlights how the combination of inflexible schedules and biased hiring practices combine to form gendered cultural norms around both breadwinning and caregiving. These in turn discriminate against working mothers and perpetuate gender inequalities in the workplace. It’s a situation that existed before Covid, but has certainly gotten worse during the pandemic.

“The pandemic has further opened our eyes to the struggles that working parents face—particularly mothers,” the researchers say.

“Mothers have disproportionately shouldered the burden of caregiving during the pandemic. As a result, they also have been more likely to drop out of the labor force, reduce their work hours or utilize family leave provisions made possible through the Families First Coronavirus Response Act. And for parents who have been able to work remotely, their parental status has been more salient than ever before with kids showing up on Zoom or being heard in the background.”

The authors highlight how a lot of previous research into discrimination against mothers has focused on college-educated women, often in managerial roles. They wanted to broaden the net to include mothers in low-wage roles to see if similar disadvantages are observed.

The researchers submitted over 2,000 fictitious applications to both low-wave and professional jobs across six American cities. For each role, they submitted two candidates of similar qualifications, with the only difference being whether motherhood was signaled or not.

“The findings demonstrate that discrimination is not limited to women with college degrees in time-intensive professional occupations,” the researchers say. “Across labor market segments, mothers appear to be similarly disadvantaged at the hiring stage.”

The tip of the iceberg

What’s more, it’s highly likely that these figures are at the low end of what they are in reality, as childless women often don’t signal that they’re not parents, with the authors arguing that many employers may simply assume that women have children.

The bias against mothers was particularly strong when the job ad emphasized things like the time pressure of the role or the travel requirements of the job.

“Along with time pressure, collaboration requirements limit flexibility over when and where work is performed, requiring workers to be around more workers and clients at specific times,” the researchers say.

“If employers assume that mothers will be less able to meet inflexible time demands, they may discriminate more strongly against mothers when jobs require collaboration. These types of job demands are especially common in professional and managerial occupations.”

The price of children

Sociological literature has long observed a “motherhood penalty” and a “fatherhood premium”, with mothers typically subject to a 5-7% penalty in terms of wages per child as they are perceived as being less committed to their work as a result of having children. This results in them being placed on a less advantageous career path, which harms advancement and financial security.

Fathers, on the other hand, often benefit as a result of becoming fathers due to their societal expectation of them as the breadwinner, which results in many employers consciously or subconsciously assuming that they will work harder and be more committed after becoming a father.

These biased expectations were illustrated by a study from the University of Arizona, which showed that the penalty tends to vanish when it comes to single mothers, who are expected to be both breadwinner and caregiver.

“The penalty does not apply for single mothers the way it applies for married mothers,” the researcher says. “When a woman is known to be single and when she has children, then in addition to being a caregiver, she’s also a breadwinner. So, in addition to caregiving, she now also has to provide for her family and she has no one to fall back on.”

If we are to halt the enormous brain drain of women from the labor market, it’s important that we grapple with these societal biases and allow mothers to maintain employment after children. This could not only help retain women in the workforce, but also help make more significant movement on the gender pay gap.

In many European countries, for instance, there is a move towards a shorter and more family-friendly work week.  A new paper from the non-profit Association for Sustainability and Democracy (Alda) and the think tank Autonomy lends its weight to the argument for such practices to become the norm, and suggests that a 40-hour workweek is not only often unnecessary, but can also harm our wellbeing.

The report presents the findings from a huge 4-day-week trial that was held in Iceland between 2015 and 2019. The scheme was unique in that over 1% of the country’s working population participated. The experiment saw employees cut their hours by about 5 down to 35 hours a week instead of 40, with no commensurate reduction in pay.

The results suggest that productivity and services remained pretty much the same, or in some cases even improved, despite this reduction in hours. What’s more, the wellbeing of employees rose considerably, with stress and burnout falling considerably.

It’s unlikely to fix all of societies problems on its own, but it is perhaps a good place to start.