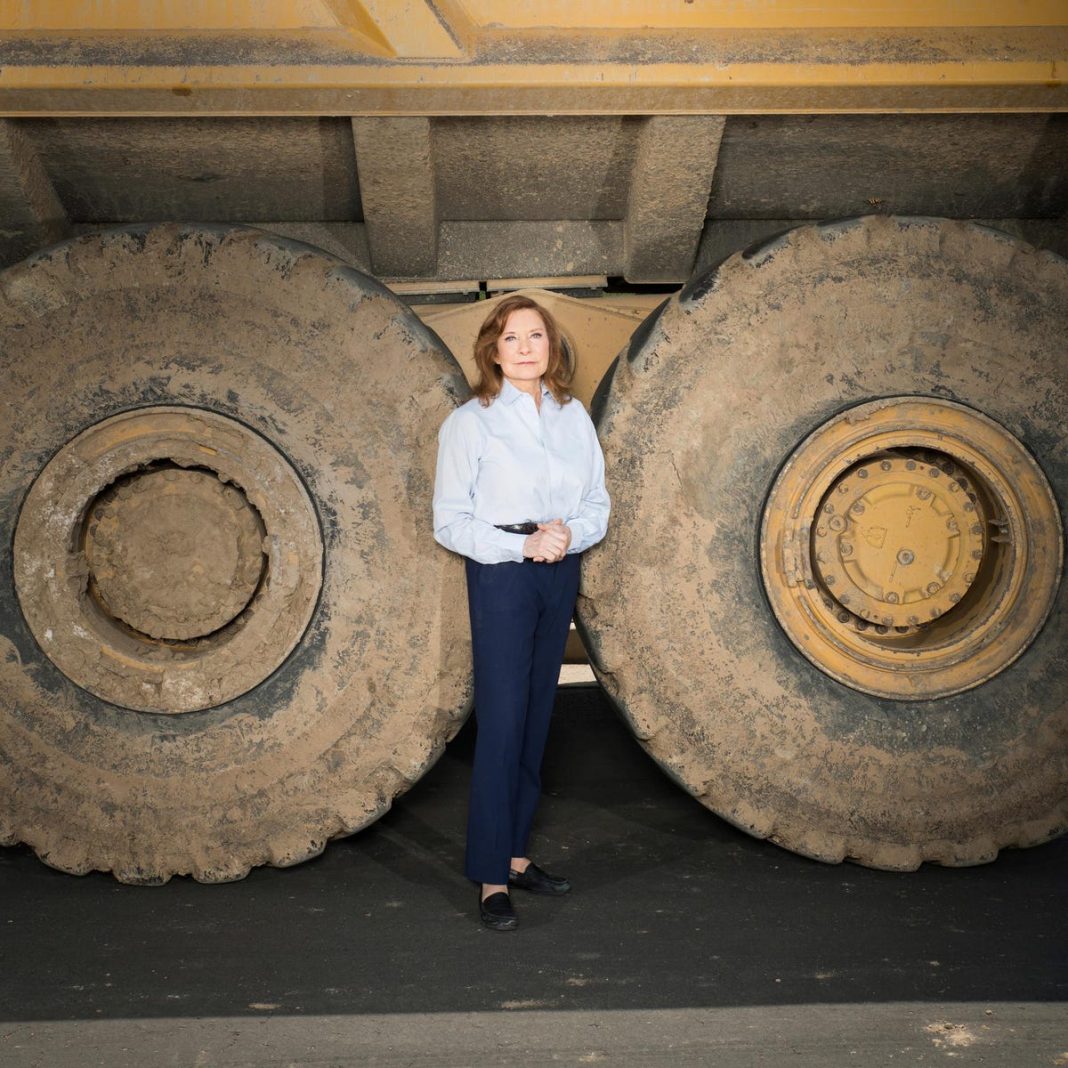 This Denver tycoon defied convention to crash the gates of construction, fast food and Major League Baseball. It’s a long way from her family’s two-room adobe house without indoor plumbing.

Linda Alvarado wends her way, politician-style, to her seat at Major League Baseball’s 2021 All-Star Game, pausing to hug or chat up everyone from Roy working the concession booth to Colorado Rockies CFO Hal Roth. As a pregame tribute to Hank Aaron begins, she pulls up on her phone a photo of herself with the late Hall of Fame slugger. “Baseball is in my blood,” she declares. Dressed in a purple suit that matches the Rockies’ dominant uniform color, Alvarado is more than just another uberfan. At the request of Colorado’s then-governor, Roy Romer, she became part of the team’s original investor group in 1991. Her stake was a tiny 1%, but significant: She was the first Latino owner in MLB, and the first self-made female owner. “It wasn’t my husband,” she says. “It was me. My money.”

Since that time, Alvarado’s influence—and money—have only grown. Today, her touch can be seen all over Denver. Her wholly owned Alvarado Construction has had a hand in building the city’s Mile High Stadium, the arena where the Denver Nuggets play and Denver International Airport, among other landmarks. It has also built most of the 258 Yum! Brands restaurants (Taco Bells, Pizza Huts and KFCs) operated by Palo Alto Inc., a franchise company owned 51% by Alvarado and 49% by her husband, Robert. It’s that last business that accounts for most of her $230 million fortune, which makes her one of the nation’s 100 richest self-made women.

Alvarado says she has succeeded by not being distracted by “conventional thinking.” That’s what has led her to experiment with a series of innovations, including a new Taco Bell design for tight urban spaces that puts the kitchen on the second floor, with a conveyor belt system robotically loading trays and delivering them to the floor below.

Alvarado’s backstory is anything but conventional. She started life in 1951 as Linda Martinez in a two-room adobe house outside Albuquerque, New Mexico; it had no running water except when it flooded every summer. “I thought everyone went to the Red Cross for summer vacation,’’ she quips.

Alvarado’s parents were builders by nature. Her father, a Protestant minister from Mexico who worked security at Sandia National Laboratory, had built that adobe house himself. Her mother would often recite, almost as a mantra: “Empieza pequeño, pero piensa muy grande” (start small, but think very big).

Rarer than their immigrant drive was the Martinezes’ determination to spare their daughter from “women’s” household chores so she could focus on academics. As the youngest of six siblings, and the only girl, Alvarado was expected to play sports with her brothers. “You got six kids, you got a team,’’ her father would say. When a high school coach told Alvarado that girls couldn’t compete in the high jump, her mother went to school to demand change. Alvarado won the high jump and the Girl Athlete of the Year award—a tribute to her performance in many sports, including softball.

Such physicality led Alvarado to take what turned out to be a crucial step toward a construction career: While studying economics on scholarship at Pomona College in California, she rejected an administrator’s suggestion that she work in the library or cafeteria and asked to join the grounds crew instead. She says she explained her choice this way: “I don’t have to wear these painful girl shoes. . . . I’m gonna get a tan, and you’ll pay me to work with all these single men.’’

The groundskeeping experience opened the door for Alvarado to land a job at a Los Angeles construction management company after she graduated in 1973. That, and a little subterfuge—she figures she got an interview because she used only her initials on the application, disguising her gender. It’s a method she’d use later when signing construction bids.

Some on the all-male construction crews called her “spic chick” and posted crude drawings of a naked Alvarado in the porta-potties on site. She liked seeing a building rise from the blueprints, though, and decided she’d found a career.

She took courses in estimating, surveying and computerized scheduling and moved to Colorado with her husband (their first date was a Dodgers game). In 1976, at age 24, she started her own company, believing her computer skills could give her an edge. “I was told I was bound to fail because of the double whammy of being Hispanic and a woman,” she recalls. “But I thought to myself, in math when you multiply two negatives, you get a positive.” After six banks turned her down for a loan, Alvarado’s parents lent her $2,500—without telling her until after she’d paid them back that they’d borrowed against their home at 24% interest. As her mother had preached, she started small, pouring gutters and sidewalks and building bus shelters. Eventually, she got a Small Business Administration–backed loan. Her big break came in 1983 when Joy Burns—another barrier breaker who founded the Women’s Bank of Colorado—hired her to renovate the 17-story, 80-room Burnsley Hotel in downtown Denver.

A big test came in 1992, when two ironworkers installing a beam fell to their death while Alvarado Construction was building an office tower at Denver’s airport. While all work stopped for an OSHA investigation, Alvarado had to fend off other contractors angling to take over the job. “I had to rebuild my reputation,” she says.

Today, her construction company has offices in Arizona, California, Colorado and New Mexico and is building projects for Kaiser Permanente, Xcel Energy and PG&E.

As determined as she was to build a construction company, Alvarado got into fast food almost by accident. In 1984, she was developing a shopping center in a run-down part of Denver and trying to recruit a name-brand fast-food chain. Taco Bell, then owned by PepsiCo, wouldn’t risk it. But the chain agreed that the Alvarados could open a franchised operation there—and Robert was keen to run it. A few years later, when Taco Bell offered to buy it back, the couple declined and asked for more locations instead.

Today, their Palo Alto is the country’s 28th-biggest restaurant franchise operator, with annual revenue of $325 million from units mostly in Colorado, New Mexico and California. Former Yum! CEO Greg Creed says Alvarado won the respect of fellow franchisees by sharing “the tricks of the trade”—from the best materials for building units to more appealing LED lighting and inspections via drone.

In addition to cutting time for new restaurant construction, the Alvarados have tested everything from digital ordering kiosks and dishwashers to entirely new restaurant formats. They built a proto­type of the Taco Bell Cantina concept, which sells beer and premium menu items and has TVs playing sports in an effort to create a family-friendly place to hang out. Alvarado has also built a prototype of a Taco Bell spinoff called Live Más (named after the chain’s marketing tagline, it means “Live More”) and is experimenting with turning shipping containers into pop-up Taco Bells.

When it comes to the franchises, the Alvarados’ division of duties is clear. Robert ran restaurant operations, although recently their oldest son, Rob, a graduate of Cornell’s hotel and restaurant school who also has an MBA and a law degree, has moved into that role. Alvarado remains in charge of what she knows and loves—buying land and building on it. “I stay away from four-letter words: cook, wash, dust.”