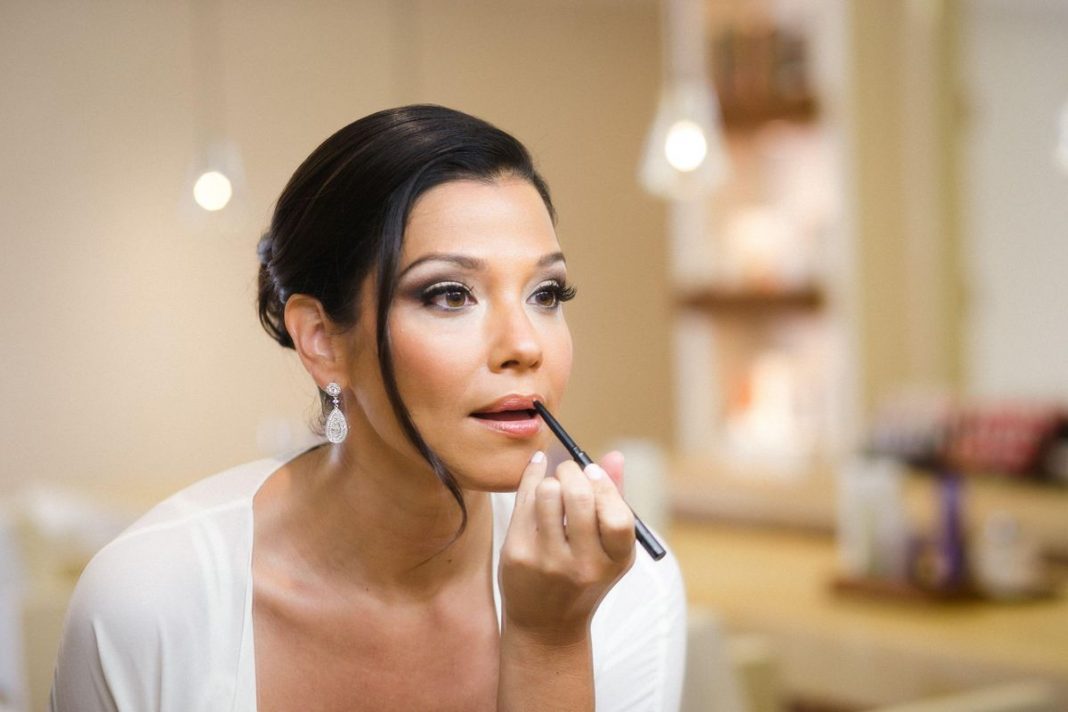 Multiple academic studies have found that Latinas have more hormone-disrupting chemicals in their bodies than white women. Researchers say this may be due to Latinas outspending other groups in beauty purchases by 30%. They also have higher infertility rates, breast cancer, and US-born Latinas are three times more likely to experience preterm birth than their foreign-born counterparts.

Despite these projections, skincare brands targeting Latinas tend to hide problematic chemicals like phthalates, parabens, phenols, and preservatives in their products, often in fragrances. However, excellent products are costly and largely avoid marketing to Latinas or market them incorrectly, treating them as an afterthought or homogeneous.

Christina Kelmon, one of the few Latina investors in Silicon Valley and CEO of the makeup brand Belle en Argent, has created a skincare brand, Vamigas, that aims to reclaim the clean beauty ingredients of her ancestors. It is fragrance-free, affordable, and knows how to speak to the modern Latinx Woman.

“I read these studies when I was pregnant with my daughter, and I tried to be very mindful of what I put into my body, but it was hard, almost impossible, to find products that were clean and affordable and that spoke to me,” Kelmon shared. “This is why I created a makeup brand and a wellness and skincare brand that speaks directly to the Latinx community.”

Kelmon, a 4th generation Mexican-American, and co-founder Ann Dunning, from Chile, discovered Latinas and infertility issues and the paraben-fragrance connection. As a result, they have created a line of skincare serums with clean, organic ingredients like Yerba Mate, Maracuja, Rosa Mosqueta, Prickly Pear, and Chia from Chile, Mexico Peru, Brazil, Ecuador, and more.

“We want to be the leading clean beauty and skincare brand focused on Latinas in the industry,” said Kelmon. “A wellness brand that Latinas feel connected to, that speaks our language, understands where they come from, and doesn’t use old, tired stereotypes that don’t apply to us anymore.”

According to the Bureau of Labor Statistics, the Latino labor force has grown more than six times more prominent over the past forty years, from 4.3 million people in 1976 to 26.8 million in 2016. Still, there are not many Latinos in leadership roles, so it was no surprise Ms. Kelmon and Ms. Dunning met as two of the very few Latina angel investors in Silicon Valley through Pipeline Angels.

“We built the brand because we saw two interrelated problems,” said Ms. Kelmon. “One is that studies found Latina bodies have a higher toxic load, and scientists have suggested this is due to us using more skincare products than the general market audience. We use 30% more products than other groups. Yet, there are very few clean beauty and skincare brands that target us – and here is where the second problem comes in. Brands that do target us don’t know how to market to how varied we are. We are a heterogeneous people. We are from multiple countries and have numerous languages and skin tones, and varying degrees of multiculturalism. For example, I am a 4th gen Latina, and Ann is foreign-born. There’s such a huge market there, this multicultural group that outspends other groups in beauty, looking for clean beauty, but no one is speaking to us. That is what we want to solve.”

Statistics from 2017 show that Hispanics make up 17% of the labor force. However, they occupy only 4.3% of executive positions in the U.S. Hispanic representation is roughly equal to that of black executives and somewhat lower than Asian American executives. When asked what changes they hope to see in coming years, Ms. Dunning answered, “Within the next decade, we believe we’ll see hundreds of thousands more Latinx people in executive and leadership positions. We are confident in that number, given that college enrollment is down overall. Still, the number of Latinx students in college is growing – from 3.17 million in 2016 to 3.27 million one year later, and that’s double the number of Latinos in college from 2000. This translates into hundreds of thousands of more Latinx people in leadership positions, an increase in net worth, and a shrinking Hispanic family wealth gap. More of us in leadership positions means more people can invest in Black and Latinx founders and become part of the VC and angel ecosystem. It’s a beautiful cycle.”

Latinos are the most extensive and second-fastest-growing community of color in the United States. The Stanford Latino Entrepreneurship Initiative study discovered that between 2007-2012, Latina-owned firms grew in number by 87%. However, reports have been showing stagnation in the overall number of Hispanic executives nationwide.

The women behind Vamigas feel strongly that having two Latina Executives creating products for Latina’s can help this population be truly “seen” and show that Latino and Latina Entrepreneurship is needed.

“We think there are some brands who target us, but they aren’t doing it properly,” Kelmon adds. “What’s more, there aren’t any clean beauty brands that are speaking to us or are by Latinas for Latinas.”

The women feel that there are, on one side, skincare brands that may have a Latina founder but who don’t actually target Latinas and Latinas. Then, on the other side, some brands market to Latinas primarily in Spanish and through traditional media like Spanish radio and newspapers, which leaves out an entire section of Latina’s.

“Sometimes there are complete misses, and Latinas are marketed to in a very stereotypical way, as though we are a monolith!” said Dunning.

In the middle, there is the Millennials, Gen X, and Gen Y Latinas group that may be a second or third generation of Latinas who came here when they were little, who don’t connect with that, it doesn’t speak to them. They are not reading Spanish-language newspapers. They are reading blogs, following influencers, streaming the same movies the general population is streaming, etc.

“This means a huge gap that is very ready for authentic brands to fill and for Latinas to connect with, and this is where Vamigas comes in,” Kelmon states. “We want Latinas to be part of that wellness conversation.”

In terms of advice for future hopeful Latina Entrepreneurs, Ms. Dunning advises, ” It’s hard to predict which decisions that you make will be impactful. You need to be as strategic and thoughtful as possible in everything you do – and have a wide variety of experiences in life. Get out of your comfort zone. Say yes to many things. A varied and even non-traditional life experience might be the key to your success.”