How Success Happened for Kaylin Marcotte, Founder and CEO of JIGGY Puzzles 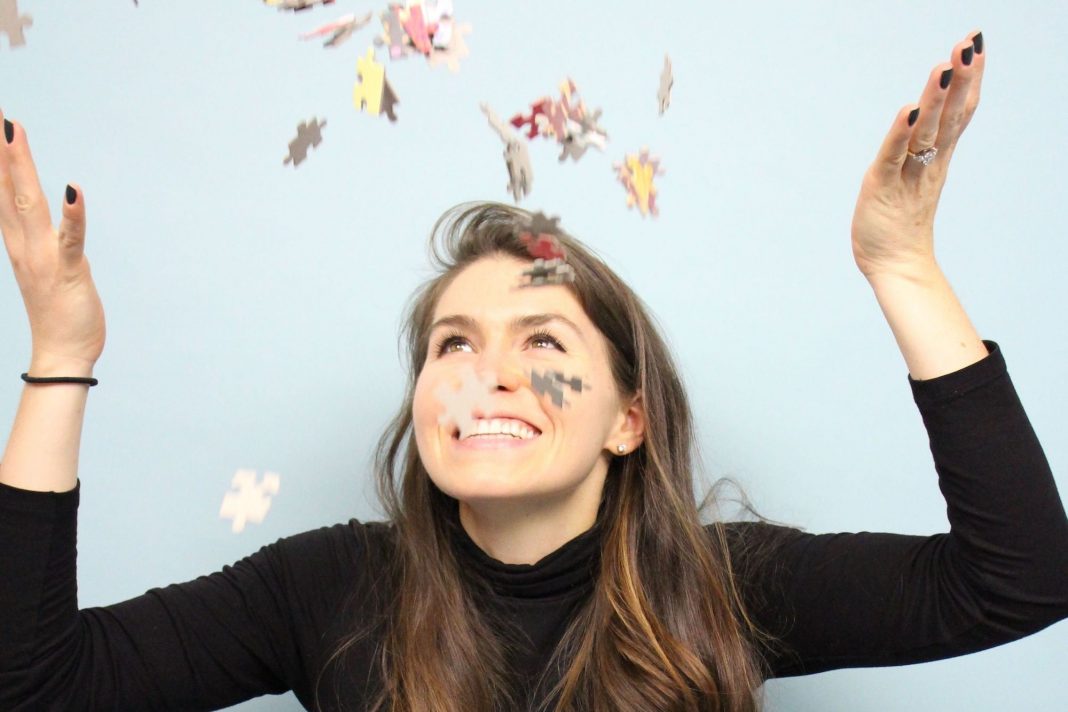 When Kaylin Marcotte set out to modernize the humble jigsaw puzzle, she had no idea what the journey would have in store. She launched Jiggy in November 2019 and has been at the forefront of the renewed puzzle boom, turning her unique mission-driven spin into a multi-million dollar business. As an early employee at theSkimm, Marcotte was accustomed to working long hours, being scrappy and resourceful — and often being stressed.

She began to do jigsaw puzzles to unwind, and soon realized a glaring gap in the market for puzzles that weren’t cheesy or reliant on stock photography. She realized she could create puzzles that she’d actually want to solve — ones featuring beautiful art by up-and-coming artists, that were pieces of art in and of themselves. What’s more, she could include glue with each puzzle kit so customers could keep and frame the puzzles as art once they were done. And so the idea for Jiggy was born. Armed with $25,000 of her own savings, no investor prospects and no prior experience in founding a business, Marcotte set out to bring puzzles into the 21st century.

As Jiggy celebrates its second year in business, Marcotte discusses the lessons she’s learned along the way.

Find your why and make it bigger than you.

With Jiggy, Marcotte sought to give others a way to unwind and unplug with time away from their screens, like doing jigsaw puzzles had done for her. But she also saw an opportunity to support female creators in her new venture, by featuring the designs of emerging artists. When she first founded Jiggy, Marcotte would scour Instagram and art fairs for up-and-coming women artists. She chose existing art from their portfolio — meaning no additional upfront work was needed — and created a profit-sharing system in which artists would receive a portion of proceeds from the sale of their puzzles. Typically, an artist makes between $3,000-$5,000 for their first run of puzzles with Jiggy. LA-based Domonique Brown noted that her partnership with Jiggy has brought validity and trust to her as an artist and brand — and national exposure thanks to Marcotte’s interview with The TODAY Show.

Related: Listen to the How Success Happens Podcast With Celebrity Entrepreneurs

Learn how to make yourself an attractive partner.

Millennials spend an average of 5-6 seconds looking at an ad. By contrast, people typically spend 8-12 hours on one jigsaw puzzle. This is precisely the reason Marcotte has started experimenting with brand partnerships — companies that collaborate with Jiggy can put a custom branded image and message on a puzzle and guarantee that consumers will spend much more time with it than an ad. For example, just this month, Jiggy partnered with music artist Kacey Musgraves to turn her new album’s cover art into a puzzle to allow fans a new way to engage with the album and keep their hands busy while listening. Jiggy also partnered with the Michael J. Fox Foundation during Parkinson’s Awareness Month and created a custom puzzle featuring art by a female artist living with Parkinson’s that served as an engagement and fundraising tool with their community. Marcotte says she’s excited to continue these partnerships and the model she calls “puzzles as a platform”.

Related: Your Startup Is Like a Jigsaw Puzzle. Here’s How to Add New Pieces.

Get comfortable with chaos.

Marcotte has encountered her fair share of setbacks, especially being new to the world of manufacturing and logistics. Early on, she linked up with other aspiring entrepreneurs to both keep costs low and find experiences that rounded out her own. She partnered with a grad student studying visual arts to help her with product design, and together, they devised Jiggy’s packaging: reusable glass jars to display the pieces and bespoke boxes that fit around the jars just so. Just ahead of launch, the factory called and had realized the glass jars were too small to fit the puzzles, which meant that the boxes were the wrong size, too. As a result, Marcotte had to re-make the puzzles to fit the packaging she had already ordered. Previously, Jiggy puzzles were the standard 500-1000 pieces, but to fit the glass jars, she reduced them to 450-800 pieces, the size they remain today. While it seemed like an enormous obstacle at the time, Marcotte quickly realized that her customers didn’t care, or even notice, the size difference. In fact, it was an opportunity to make the new dimensions match standard frame sizes so that customers could easily frame the puzzles when complete instead of needing custom sizing. Learning to quickly adapt and be comfortable with constantly moving targets is one of the biggest lessons of entrepreneurship, Marcotte says.

Related: Looking to create your own branded produced podcast series?

So what’s next for Jiggy? Marcotte has big plans, including launching kids’ puzzles, frame pairings and partnering with many more artists and celebrities.

“My aim is to keep growing and scaling Jiggy and to push my own learning curve as a founder and CEO,” Marcotte says. “If I can support emerging artists and inspire people to reconnect with downtime and experience art in a whole new way, I’ll feel like I’ve accomplished something.”