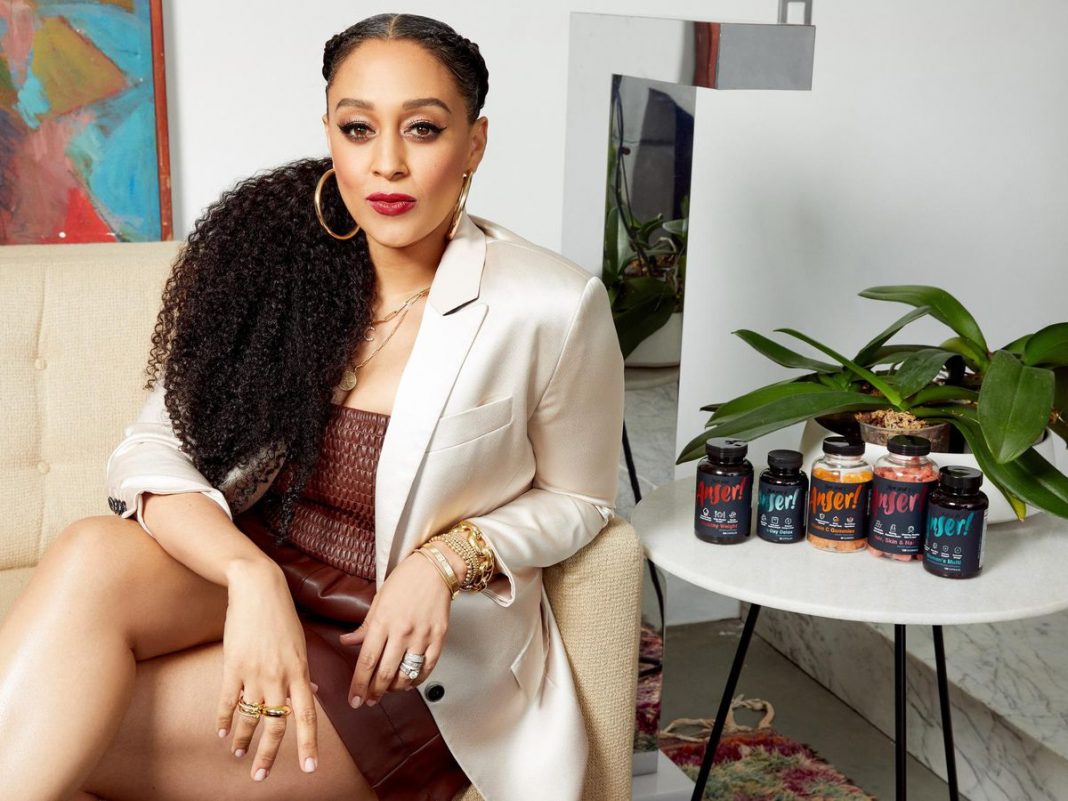 When actress Tia Mowry started experiencing inflammatory pain, she sought out the guidance of her doctor. After being passed from doctor to doctor, she still had no answers. Eventually, she was diagnosed with endometriosis, a disorder in which tissue that normally lines the inside of your uterus grows outside the uterus, but getting the correct prognosis was exhausting.

As it turns out, the doctor who correctly diagnosed Mowry was a Black woman. “She pointed me in the right direction,” Mowry tells Forbes. “She was one of the main reasons [I started] my wellness journey.”

Inspired by her doctor’s support, Mowry was motivated to help other Black women—a group she believes has been largely left out of health conversations—receive similar guidance. “I wanted to inspire them to do the same thing; to take charge of their health and wellness.”

She launched her supplement and vitamin brand Anser in January 2020 with three products: a women’s multivitamin, prenatal vitamin and beauty vitamin. Now, a little over a year later, the business boasts more than 20 products, including a line specifically for kids and men. With a return customer rate of 45%, it’s on track to triple its revenue from last year.

Launching a wellness brand just weeks before the pandemic, a time during which consumers have prioritized their health more than ever before, has certainly propelled the company’s growth. So has the wellness movement, led, predominantly, by a wave of Black women advocating for greater representation and accessibility in the $4.5 trillion industry. Alongside Mowry, Golde founder and Forbes 30 Under 30 honoree Trinity Mouzon Wofford, The Honey Pot founder Bea Dixon, Movita founder Tonya Lewis Lee and BLK + GRN founder Kristian Edwards are among others leading this charge.

“[Black women] are trendsetters,” says Candace Barber, director of shopper and consumer engagement at NielsenIQ. And according to 2020 Nielsen data, Black people are 56% more likely to attend health and wellness expos than the average American. They’re also more likely to outspend on products with natural ingredients. “When you’re talking about African Americans going more towards natural products, naturally, the general market is going to follow.”

But that’s not all Mowry has working in her favor: Black consumers are more likely to support brands that are owned or endorsed by celebrities than brands that aren’t.

Mowry acknowledges her large platform—and she uses it to her advantage. “People know me, they’re very familiar with me, they grew up with me, that’s been beneficial,” says Mowry. “As a Black woman, [I’m saying], ‘I hear you, I understand you, I went through and I am going through the same thing.’ And I am willing to put in my time and my effort to change this narrative.”

But she doesn’t want to solely rely on her celebrity and wants Anser to be a community, as well as a product line. In addition to spotlighting herbalists, chiropractors and other women of color in wellness on her company’s blog, she’s been amplifying other Black-owned businesses—including coffee company BLK & Bold and hair and skin care brand OBIA Naturals—in partnership with Amazon as part of its Black-Owned Small Businesses storefront.

As the business evolves—Mowry teases updates to come this spring—she wants to make it clear that just because Anser caters to Black women, that doesn’t mean it can’t be part of the health regimens of those who belong to other demographics.

“It’s a false dichotomy to suggest that targeting and appealing to Black people somehow detracts from ‘universal’ appeal and credibility of the Anser brand,” says Mowry. “For generations, Black communities have been sidelined by the health and wellness industries, and openly telling Black people and BIPOC that they deserve to be healthy should appeal to all people in 2021.”