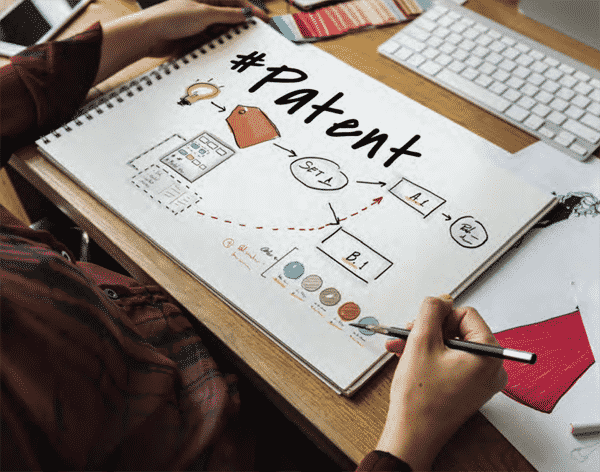 “We deserve multicultural projects. We deserve to see ourselves. Everyone deserves to see themselves, and not just see themselves up there [on the screen] but also behind the scenes too,” shared Primetime Emmy and Grammy winner, Tiffany Haddish.

To the critically acclaimed comedian, actress, producer, author, activist and philanthropist, diversity, equity and inclusion are not just buzz words. They are the bedrock and foundation of her career, as well as the legacy she hopes to leave in the world. That fortitude and dedication to service is what made Haddish an easy choice for Professional Woman’s Magazine’s 2021 Wonder Woman of the Year.

It would be hard to go anywhere in the country and find someone unacquainted with Haddish’s work. From her comedy performances and television appearances (Def Comedy Jam, The Carmichael Show and her hit Showtime special Tiffany Haddish: She Ready! From the Hood to Hollywood) to her New York Times bestselling memoir, The Last Black Unicorn (which debuted at the number 15 spot) and her hit films like Girls Trip, where she starred alongside other greats, Regina Hall, Jada Pinkett Smith and Queen Latifah, or Nigh School co-starring with Kevin Hart, Tiffany Haddish is easily considered one of the most recognizable women in comedy.

Her comedy album, Black Mitzvah, made history as the second time an African American woman has won the Grammy Award for Best Comedy Album since Whoopi Goldberg in 1986. Her accolades further include hosting the revival of the historic CBS special, Kids Say the Darndest Things, as well as a frequent guest host of the award-winning The Ellen DeGeneres Show, when fellow comedian Ellen DeGeneres needs to take breaks. She is also a successful entrepreneur as the founder and owner of her own production company, She Ready Productions.

She Ready Productions has been a dream in the making for Haddish, who started her company to make a change, not only in her life, but the lives of as many people as she could. “It was important to me because I wanted to be able to tell our stories the way that I think they should be told, and I wanted to provide jobs for people,” said the star. “I could be that selfish person like, ‘I’m the star. It’s all about me!’ It’s not all about me, and I don’t have all the stories. There are so many stories to be told. I wanted to create a company that is female-run and that is telling our stories and giving opportunities.”
Because the country is currently in a rebuilding phase from the pandemic, especially the entertainment and media industry, Haddish wants to support those who need work and opportunity the most. “The vision is 500 jobs every 3 months for 500 people.

That’s my vision,” she said. “Every time we do something, that’s 250, right? So, if I get two projects going at the same time, that’s 500 people working. In my mind, this time next year, 1600 people would have been employed, put their kids through school and paid their rent. In my mind, that’s what I see.”

Born to an Eritrean refugee and African American businesswoman in South Central Los Angeles, Haddish grew up in and out of the American foster care system. Her father left when she was very young, thus her mother remarried and had two more girls as well as two boys. When Haddish was nine years old, their mother was in a car crash that her stepfather later admitted to causing, leaving her mother with severe brain damage that caused aggressive and violent changes to her behavior. After that, Haddish became the major caregiver for her siblings until they were temporarily separated in foster care when she turned 12. When she turned 15, their grandmother reunited them once more under her care.

These experiences left a special place in Haddish’s heart for displaced children and those in the foster care system. She has partnered with Living Advantage, a nonprofit that focuses its work on the welfare of foster children, as well as the Laugh Factory Comedy Camp and her own organization, the She Ready Foundation, which facilitates programs for foster youth like the She Ready Internship Program.

When asked about the program, Haddish was effusive. “It’s going actually very good. The kids are learning a lot, and we have these meetings every few weeks, just checking in with them to make sure they have the skills. We’re giving them life skills as well.” She continued, “They’re coming from a place, well, you know where they’re coming from: where I came from. Nobody showed me how to do a lot of things that I wish somebody would have shown me instead of me having to bump my head and figure it out.”

Haddish has often described her formative years and experiences as difficult and without much guidance. From not understanding her body in her early years (and even being hospitalized with toxic shock syndrome at one point) to living in her car during her twenties, Haddish had to learn a lot about life for herself, something she wants to spare the youth in her program. Along with life skills, they are also learning about the entertainment and media industries and how to navigate the business of bringing people joy.

“We’re showing them. We’re giving them the blueprint…they’re talking about their experiences so far…how much they’ve grown and learned. I’m just excited for them. I’m a big believer in Whitney’s song, Greatest Love of All,” Haddish shared while reciting the lyrics, like a poem and a motivational speech. “It is my mantra. Every month, we say this honey! So, that’s what I’m trying to do, and I see it. I see them growing. I see their whole demeanor, their whole energy, changing. I know they are my future. People who know where I come from are about to be running this business, and it just fills my heart up with so much joy.”

So, what comes next for the woman who has starred in at least one profitable blockbuster every year for the past five years, now that she’s adding producing credits to her acting accolades?

But that’s not all. Haddish also plans to publish more books in the future. “Yes, there will be another book coming, sooner than later,” Haddish admitted. “There’s three books coming. One is a memoir that picks up where Black Unicorn left off. There’s a middle-age/YA teen book coming and a children’s book.”

Each book is very different and has a unique focus that you might not expect. “The children’s book is about unicorns,” Haddish said, “and about being comfortable with yourself. The YA book is about my experience going into high school, or junior high I should say. And the memoir is about these last five years.”

“I really focus mostly on adults. I’m a grown up. But I do realize that these kids need something too, and I love them. They love me. I work well with children, and they’re my future. So, I want to give them something that’s going to bring them up…it’s books I wish I could have read when I was a kid.”

Haddish is focused on using her experiences, lessons and unique brand of funny to give the industry a better tomorrow. Ultimately, it’s her goal to help people overcome the same obstacles that she’s had to face, to build the futures they want and experience life with dignity. She wants everyone to know that it all starts with you.

“I want [people] to know that it is important to love yourself. You take care of you first and then take care of everybody else. Don’t ever feel guilty for that.”

Read this story and more fascinating articles in the digital issues here!