How to See Beyond Your Past When Creating a Business 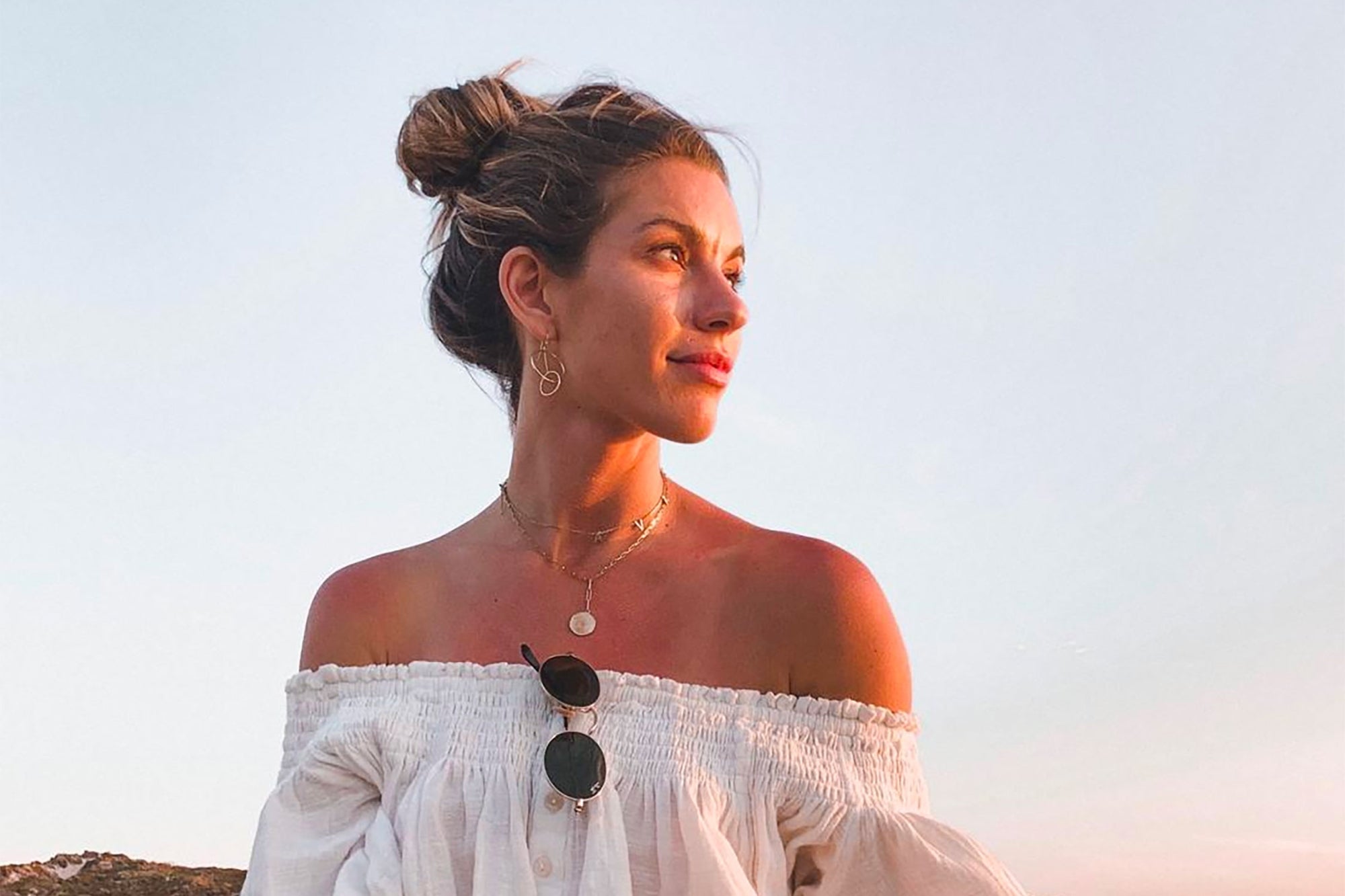 I see Ava Johanna, a spiritual business coach and meditation coach, on the other side of my Zoom screen. She looks like Malibu Barbie and has a charming, purposeful glow. As we begin our interview, her husband pops in and asks if she’d like a sandwich. She peers up and says, “Just a half one.”

The ease with which she accepts the sandwich is simple yet poignant enough to make me think about her core message: Everything we desire is possible, as long as we’re open to receiving the abundance that the universe is willing and eager to give us. Johanna and her husband manifested their dream home just a few days before our interview. This is a huge milestone for anyone but for Johanna, having a near oceanside home is even more meaningful. Some 15 years ago, Johanna was living in Los Angeles in a completely different dimension. She was homeless. At age 16, Johanna and her family were evicted from their house, their car was repossessed, and they bounced from friend’s house to friend’s house for over 18 months in the Calabasas/Agoura area.

While her friends were driving around in Range Rovers, she and her family were surviving on food stamps. Johanna often felt hopeless about her situation. After experiencing an enormous amount of bullying in high school, she eventually left and started working to support her family. Johanna began relying on her looks and accepting abusive relationships. She decided “getting by” would have to do, financially, romantically, and emotionally. At 17 years old, not confident enough in her skills to apply for colleges, Johanna thought, I guess this is it.

Related: How Andres Pira Went From Homeless on the Beach to Real Estate Tycoon

She meandered through her existence drinking excessively and partying in San Diego. One day, she stumbled upon the opportunity to sell products via a street team. Her boss on this by-chance job changed her life forever. At one point Johanna suggested a marketing tactic for his product line and for the management of the street team. The boss looked at her and said, “You have really smart, great ideas, Ava.”

Something inside of her woke up in that moment. Something beyond her looks was awoken — her brain and her power. For the first time, she felt she was seen as something more than a pretty face. Johanna went on to manage his marketing efforts and her life began to resemble that of an empowered woman.

She left an abusive relationship and walked forward into possibility for the first time. With more than half a year’s worth of marketing experience, she left her first career and got a job at the San Diego Reader, an alternative newsweekly. At 21 she was managing a team of eight people, and she helped the 40-year-old company build its entire digital agency. While at the Reader, she met her husband, Corey. A few years later, the couple left the company to become freelance marketers, using their Instagram influence for various brands while traveling the world. There were likely many moments where Johanna looked around and thought, “Wow, I’ve really made it out!” She likes to say her Cinderella story played out a little differently than most. She was both Cinderella and Prince Charming in her fairy tale.

Related: How to Be Your Own Hero

Even as Johanna’s world had opened up in the way she was taught resembled a successful life — the 9-to-5 job, health care and a happy relationship — she knew that there was still something missing. There was this feeling of “this can’t be all that there is” that many of us get when we achieve the goals that others or society set for us early on in life. Curiosity and the hunger for more meaning has been the driving force in the many chapters of Johanna’s life — leaving her steady job to work for herself, then letting go of her steady income as a freelancer to fully step into her current role as CEO of her company. Her current mission: to support other individuals in finding their purpose and “something more” in their own lives and careers.

Johanna says that fear has always been there in the times she has taken big risks, but her desire to make a difference has always been louder than the fear of her past. There has never been another option than to dive right into the discomfort and rise from the ashes on the other side.

Related: Make Friends With Your Fear, and It Will Do Great Things for You

1. Fear is faith in the wrong outcome

“We are the world’s greatest storytellers in our own minds,” Johanna says, “and whenever fear becomes overwhelming, the fastest way to route yourself back to confidence and optimism is to take your faith out of fear and back to possibility. Instead of deciding and expecting the worst, put your attention and faith in the ‘What if it does work out?’ because your mind will be more open to resources, solutions and creative potential when you choose to believe that the worst-case scenario is only one way, but it’s not the way.”

“Most of the fear we face is ego-based: What will they think? What if I fail? What if it doesn’t work?“ Johanna says. “All of our ego-based fears offer us valuable lessons and enable us to become stronger, more intelligent and more resilient. The discomfort that comes from fear of growing or stepping into something new is impermanent, and the more that we take that first step, the more we realize when the fear arises that it is directing us toward growth and what we actually want versus failure and more of what we don’t want.”

3. Fear illuminates areas we can master

“Instead of looking at fear as a weakness, fear shows us what we have the ability to master,” she says. “When fear comes up, I don’t decide that I’m not capable or good enough to overcome whatever obstacle is placed in my path, instead I ask: What is required of me to dissolve this fear? Who am I required to become? This question alone serves as an instruction manual to guide your actions, thoughts and emotions to align with a version of you that has already mastered the fear you feel now.”

4. The fear was never meant to break you

“People get surprised when fear comes up,” Johanna says. “They think that if they were truly ‘meant’ for the work or the desire, it would be easy or the fear wouldn’t be there. But fear is normal, it’s a part of the human experience, it’s not something to surprise you but instead something to anticipate. When the fear does arise, you’ll know that it was coming. You’ll be ready and waiting for it, you’ll welcome it in with curiosity and a willingness to master the emotions that are triggered. Change your perspective to believe that the fear never came knocking to break your door down, it came bearing gifts of your own personal growth.”

Johanna shows it’s possible to surpass our own background and our own expectations. Fear is part of the process. We’ve all been tested, but we’re here for a reason. Let’s inspire others with our transmutation of fears and perceived limitations, shall we?