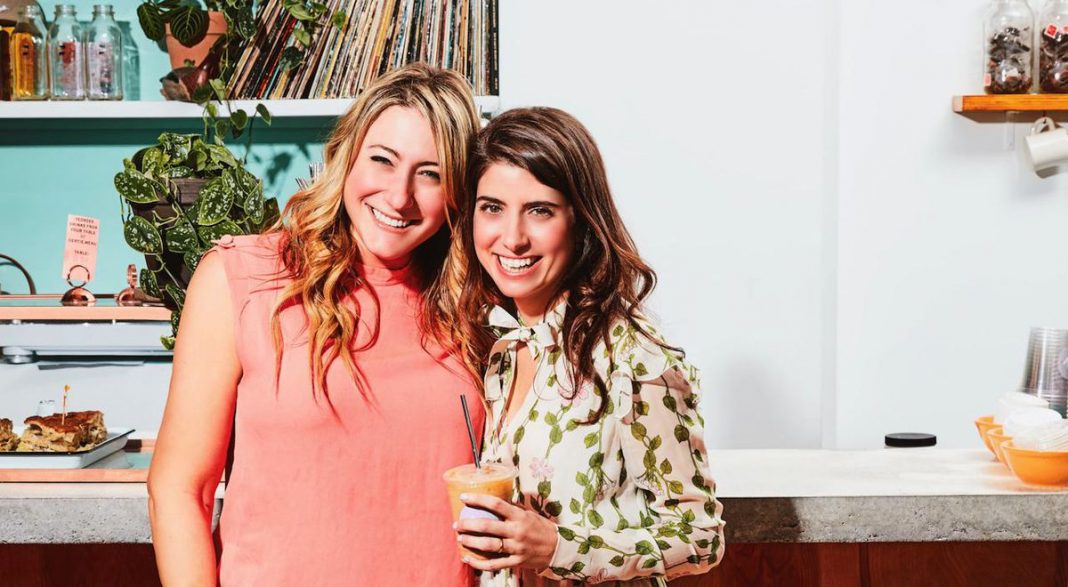 Two friends embarked on an entrepreneurial journey—only it did not begin in a lab or in a classroom, but in a kitchen while the two women were mixing cocktails for a dinner party during graduate school. What began as sugar-filled mojito mixing turned into a quest to substitute sugar with a healthier, diabetic-friendly alternative.

“You’re sitting there boiling down a cup of white table sugar with water with your diabetic friend,” cofounder of Swoon Cristina Ros Blankfein said. You’re like wait, scratch that, I absolutely cannot serve that; that’s ludicrous.” Blankfein’s business partner and company cofounder Jennifer Ross was diagnosed with Type 1 diabetes as a child. “I remember being in school and sneaking in the pink lemonade that I knew I couldn’t have because I was obviously full of sugar,” Ross recalled. Her condition, coupled with the growing knowledge of sugar’s health implications inspired Blankfein and Ross to start Swoon and create products that promise to deliver taste without sugar or artificial sweeteners.

Approximately 34 million Americans have diabetes, and more than one in three—or 88 million adult Americans have prediabetes. Diet and exercise are among the lifestyle factors that can impact these statistics; those who regularly consume sugary drinks carry a 26% higher risk of developing Type 2 diabetes, according to public health experts. “It’s probably a part of many people’s days—having a soda, having a juice and they’re just consuming so much sugar,” Ross said.

“If we can make one small dent, help people make one small change, that would have such huge implications.” The founders of the New York City based company were determined to make products that would not only deliver vitamins and lower risk of health problems, but ones that people would enjoy consuming. With no prior experience in the food and beverage industry, the two Harvard Business School graduates played on trial and error and lots of testing until finalizing products they were satisfied with. They began with mixers and a simple syrup before launching different flavors of lemonade and iced tea in 2020. All the products contain monk fruit from the Luo Han Guo plant, and have a natural, zero-glycemic index sweetness as the core sweetener, according to the founders. They have raised $1.1 million to date and the products are now sold at major grocery stores throughout the United States. In April Swoon announced that all its products contain 100% of one’s daily Vitamin C requirement.

From the dinner party that led the two women to embark on this mission, the founders recall searching for but not finding a healthy sugar substitute. Then they made it their mission to develop one. They first researched the market size and whether it would even be possible to make. Considering the perspectives of bartenders and other people working on the commercialization side of food were important early steps. Next, Ros and Blankfein began testing concoctions on their peers. “We were the people at business school parties that would be serving little vials, basically of things and then labeling them differently and leaving them alone to see what people would pick up and how people would use it,” Blankfein said.

They took the idea to the next level when they worked on the idea at Harvard’s New Venture Competition. They came in second place and won a $25,000 prize that they put toward product development and getting “it into as many doors as possible in the New York area,” Blankfein said. Listening and sampling during this time were key. They began raising money after they graduated—Ross in 2014 and Blankfein in 2015, and connected with buyers, but it wasn’t a simple undertaking at first. Buyers repeatedly told them that people wouldn’t care about the zero-sugar approach, but the founders wouldn’t give up. “We felt like we were fighting against this on the trends,” Ross said. “We were going in and saying we want this, we know customers want this, which we could see from our online sales, and it took a little bit for buyers to get there.”

Now, for each case of lemonade sold Swoon donates a can to the Food Bank of New York. They said this giveback allows them to spread the zero-sugar word to other communities and highlight a healthier approach to beverage consumption.

The objectives and inspiration behind creating Swoon is what attracted DGNL Ventures as an investor.  The “authentic story, authentic positioning” and “why they wanted to launch it,” especially its tie to Ross’s diabetes, captured the fund, said its cofounder Nir Liberboim. According to him, they want to back healthy companies that will have an impact on the world.