Just Your Imagination? The Dangerous Gender Bias In Women’s Healthcare 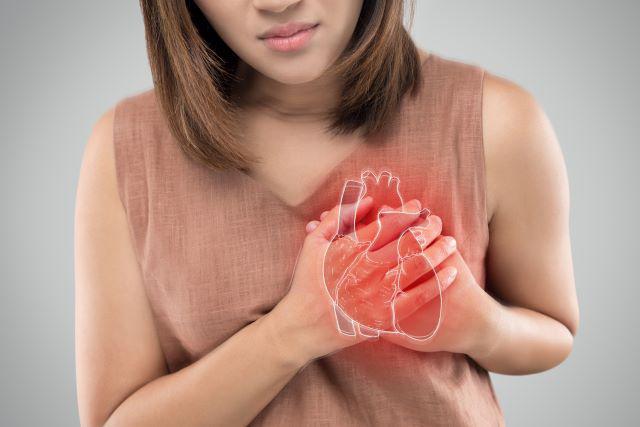 Can women expect to receive the same standard of medical care as their male counterparts?

According to a 2019 study, most women believe the healthcare industry fails to address their needs appropriately – and that gender plays a role. In fact, 52% of women believe that gender discrimination negatively impacts their medical care. Women are far more likely than men to report they feel challenged to prove the legitimacy of their symptoms and pain levels, and the gender disparity rises even more sharply when the subject is a woman of color.

It’s not an unfounded impression; research bears out the claim that women have to push longer and harder to get a medical diagnosis. For example, women are typically diagnosed 2.5 years later for cancer and 4.5 years later for diabetes – and these aren’t isolated occurrences. All told, women are diagnosed later than men in more than 700 diseases.

Part of the problem lies in a lack of understanding about how illnesses can manifest differently in men and women. Historically, women were excluded from clinical trials due to concerns about possible long-term effects on their fertility and unborn children. Their exemption from the bulk of research has translated to less insight regarding typical disease indicators for women. While current trials are beginning to turn the tide in that arena, the imbalance still exists.

Consequently, a woman’s symptoms may fail to fall in line with the male-based “medical standard” – and the issue can be further complicated by gender stereotyping. Not only does her disease look different, but societal expectations also dictate that a woman should be accommodating and accepting. A strident refusal of diagnosis may be viewed as confidence in men but perceived as hysteria in women. The assumption is not that the diagnosis could be incorrect; rather, she cannot control her emotions and may have mental health issues. Messaging from the medical community will often suggest that a woman’s symptoms are “all in her head.” Doctors chalk her complaints up to psychosomatic illness and conduct no further testing.

This “protocol” is not just frustrating. It’s dangerous. A dismissal of symptoms can cause a woman to second-guess her concerns and “learn to live with it” or, at the very least, force her to contact another provider. Either scenario serves to delay a correct diagnosis. In some cases, that delay may mean the difference between life and death.

This medical marginalization is a form of gaslighting, and it has to stop.

Signs you’re being medically gaslighted by your healthcare provider

Gaslighting is a phenomenon wherein someone manipulates you into feeling that you cannot (or should not) trust your memories, feelings, or senses. It involves a series of psychological tactics designed to invalidate your experience and can occur during a variety of interactions, including those with your medical provider.  Here are some red flags:

Victims of gaslighting may experience a loss of mental equilibrium, anxiety, and depression. They may lose self-confidence and self-esteem, question the legitimacy of their illness, or wonder whether they’ll ever see a resolution of their issue. Feeling unheard and dismissed may also foster a woman’s distrust of the medical community as a whole and contribute to a pattern of delayed reporting, diagnosis and treatment.

What you can do:

Prioritize your health. We can be our own worst enemies when it comes to our well-being. Studies conducted during COVID-19 show that the increased burden of responsibility women have borne during the pandemic has made them even more likely to skip preventative care than men.

Look for a practice with a diverse medical team, including staff of both sexes and differing ethnicities. A good practice understands that various factors, including age, race, ethnicity, and gender influence health and know that a diverse team helps provide more comprehensive care.

Advocate for yourself. Don’t allow your concerns to be swept under the rug. If you leave your doctor’s office feeling like your worries have been dismissed or not taken seriously, get a second opinion or a third. Keep asking questions until the answers begin to make sense, even if that means demanding a consultation with a women’s health professional.

Renee Goyeneche: I am a writer and research editor focusing on information that benefits women, children, and families. Find me on Twitter and blogging at Imperfect Perceptions.