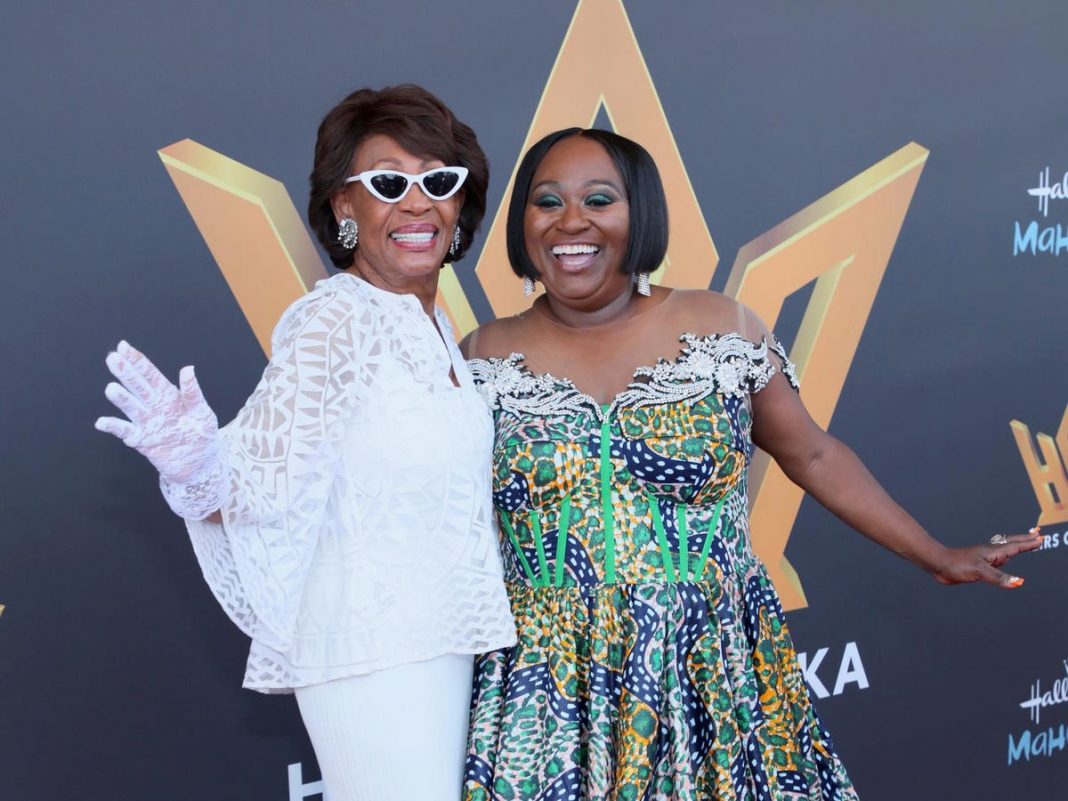 The ubiquitous sound of distinctly African drums reverberate through the ballroom as the Heirs Of Afrika 4th Annual International Women Of Power Awards commenced. The annual event welcomes stars, executives, creatives, politicians, social justice advocates and leaders from across the African diaspora to commune and connect while celebrating thought leaders and luminaries within the community.

Hosted by noted philanthropist and actress, Monique Coleman, awards goers were invited to stand and join in an affirmation of unity upon the events start “ I am a daughter/ son of the soil.” The tone was instantly set for the day. A pervasive atmosphere of connectedness, community and camaraderie filled the room.

Created by entertainment powerbroker and executive, Koshie Mills, for just that purpose, the Heirs Of Afrika Annual International Women Of Power Awards luncheon was created as a healing space where black women are celebrated, uplifted and connect with one another as one global force. Truly, dynamic Black women of power and influence came from around the globe to attend. As the evening went on with one emphatic speech after another, tears flowed and strangers were embracing one another before the event’s end. The feeling of family permeated the room. And that was the point.

More than just a dynamic business woman, Mills is a wife and mother. It’s easy to see Mills’ undeniable passion, zest and heart for the black community, especially for black women. It’s palpable. “Black women are strong, beautiful, intelligent and the spiritual conscious of their households, yet they are rarely celebrated,” says Mills. “My goal with Heirs of Afrika’s International Women of Power Awards is to change the narrative by demonstrating the magnificence and resilience of Black women.”

Mills, has had a passion to connect black women across the diaspora for years. With a reach across the globe, Mills knew that connecting this vast group of black women who have been separated throughout history due to natural migration, slavery, colonization and other forced and non-forced movements, would create an undeniably powerful impact. Honoree, Congresswoman Maxine Waters, could not agree more warning, “This is a very dangerous event. When you inspire me like this, I go to Washington and I take on everybody.”

Mills believes “Africa’s Renaissance is dependent on the “Heirs of Afrika” returning home to reclaim their ancestral heritage by connecting to the motherland,” she reflects. “The sacred soil awaits its dynamic diaspora, to come and experience all the continent has to offer. Africa is the next frontier and my greatest desire and intention is to create multiple spaces for all the sons and daughters of the soil to see themselves as simply Africans. The diaspora must claim their throne to an inheritance of culture, identity, family, love and acceptance, for themselves and their children’s children!” A joyful celebration of sisterhood and the excellence of Black Women, the Heirs Of Afrika 4th Annual International Women Of Power Awards undeniably united Black women from around the globe to celebrate the power of sisterhood.

This years honorees consisted of:

Field Deputy Jennifer LaMarque presented CEO and Founder, Koshie Mills with the County of Los Angeles Commendation in recognition of dedicated service to the affairs of the community, and for the civic pride

Koshie Mills is best known as a power broker in Hollywood. Before founding her boutique consulting and public relations firm K3PR, her experience in the entertainment industry came from over two decades of managing the careers of her three successful sons who are actors, tastemakers and young moguls within the television, music and film industries; Kwame Boateng, Kofi Siriboe and Kwesi Boakye. Koshie created and Executive Produced The Diaspora Dialogues platform and television show which aired in the fall of 2018 on The Africa Channel. Currently, she has redefined the name and brand to HEIRS OF AFRIKA to align with the massive explosive response from the global black community, to reclaim their identity and inherit their birthright of being simply African.

ABOUT HEIRS OF AFRIKA

Heirs Of Afrika Inc. (HOA) is a global multimedia enterprise and movement formerly known as The Diaspora Dialogues. Ghanaian American media executive, Koshie Mills founded Heirs Of Afrika Inc. to fulfill her passion to bridge the gap and reconnect Africans on the continent with its global descendants in the diaspora. Under the new name and umbrella, the company ethos embraces a 360 view of creating original and inspiring content to amplify the multicultural voices in the media landscape of TV, Film, Digital, Podcast and Alternative Media for a global audience. Designed to elevate culturally infused narratives, HOA joins the echelon of top production houses creating inspiring and necessary black content. The platform and company’s intention is to deliver the unmet need for an audience of over 140 million Africans in the diaspora (the largest populations in Brazil, Colombia, and North America) and 1 billion on the continent of Africa.