The 5 C’s Of Working In A Male-Dominated Industry 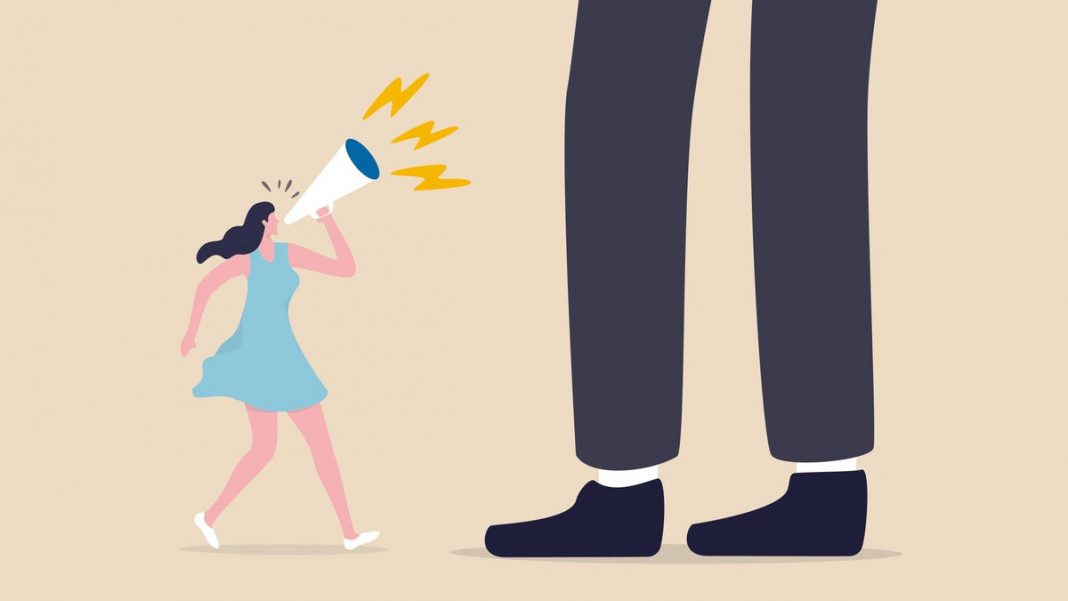 Women have made incredible strides since the early 1900s when we accounted for only 25 percent of people who held jobs outside of the home. Even over 100 years later, though, it’s not uncommon for us to still be heavily outnumbered in the workplace—and sometimes even the only woman in a room full of men.

From imposter syndrome to the wage gap to gender discrimination and even sexual harassment, there are so many issues that women in nearly every field face. But for women in industries that are predominantly male, these issues are amplified.

So, what does it actually look like to push through these challenges, make ourselves heard, and stand up to the patriarchy on a daily basis in the workplace? Keep reading for actionable advice from three inspiring women in different male-dominated fields.

Veteran sports broadcaster and entrepreneur Jen Mueller has had her fair share of experiences in an industry that has traditionally been very much dominated by men. One of the biggest lessons she’s learned through the years is that confidence is key.

Several years ago, she was in the Mariners clubhouse, asking for an interview with a player that she had known for a couple of years. The way she asked for the interview, however, sounded something like this: “Hey, I need to do an interview with you. Do you think that if you had time today to answer just a couple of questions… I mean, if you don’t have time, that’s okay. We can come back tomorrow.” The player then cut her off and responded, “Jen, what are you doing? You know us, we know you. I know you have a job to do. Just ask me the damn question.”

While it was embarrassing in the moment, it really made her think about how she approaches asks like that. “Whether I’m asking you for an interview, or I’m asking you to sit down and talk about a project, or I’m asking to connect with you on LinkedIn, there’s a confidence piece that has to go along with it,” Mueller says. “Because people will judge your competency based on the confidence that you show, even though one has nothing to do with the other.”

If confidence is the first piece of the puzzle when it comes to networking and relationship building in male-dominated fields, concision and consistency are the second and third.

Concision is a skill that has served Mueller well as both a broadcaster and as a colleague. “We have to be very intentional with how we use a short amount of time,” she says. “When I’m on TV, we often write scripts in 15-second increments. I have to be able to communicate something of value to the audience very succinctly. When you apply that same level of intentionality to your conversations—even your small talks, even the standard ‘How are you today?’ question—you will get a different response that allows you to connect on a deeper level in a shorter amount of time.”

And just as important as being concise is being consistent. “​​You have to have the consistency to keep showing up,” says Mueller. Like Rome, workplace relationships aren’t built in a day—or in a single conversation. “I built relationships with hundreds of athletes over the course of my career, and every single one of them has started with hello. In fact, it’s probably the only thing I will say to an athlete for the first three to five times I encounter him in the locker room,” says Mueller. “My male colleagues don’t need to engage me in 30-minute conversations. But they can handle one word, they can smile, they can move on, and we can work together with great success.”

Kate Wauck, VP of Communications at Wealthfront, learned very early on in her finance career that courage is crucial when you’re the only woman in a room full of men. “If you’re in a situation where you’re finding that people are assuming you’re the assistant at a conference or in a meeting where people are treating you like a personal assistant, like what happened to me a lot of the time, the way that I took that is I let it kind of fuel my fire,” Wauck shared on the All the Social Ladies podcast. “I found that those situations pushed me to be smarter, to get the courage to speak up in a meeting, to say something really insightful and therefore demand respect.”

Mustering up the courage to share your thoughts and make yourself seen in meetings certainly takes a lot of energy, especially in the beginning, but Wauck promises that the reward of seeing heads turn makes it all worth it. Plus, over time, it will become more natural—and eventually, you won’t have to “muster up” that courage because it will always be with you.

When her doctor told her to switch from wine to blanco tequila, Kat Hantas started making her own: a simple cucumber jalapeño infusion meant to make sipping lighter and brighter. But after noticing a lot of her girlfriends were also making the change, she took a look at the male-dominated tequila aisle and thought, “Maybe there’s a business here.” And that’s how 21 Seeds was born.

The concept of “tradition” is so common in male-dominated fields that have operated in the same familiar ways for hundreds of years—but, as women, we should be unafraid to be creative and challenge the status quo. “Traditionally, when you think about hardcore spirits, the industry thinks that men are drinking that, not women,” said Hantas on the All the Social Ladies podcast. “But I argue that’s because nobody is really creating spirits that women want to be drinking specifically. Just because we want something that’s not harsh, doesn’t mean we want it to be sweet.”

It’s easy to fall into the pattern of just doing things the way they’ve always been done. With 21 Seeds, Hantas challenged the norms and the male-centric nature of the spirits industry, reimagined the concept of tequila, and created a product that women truly want to be drinking. She did things her own way—and that’s made all the difference.