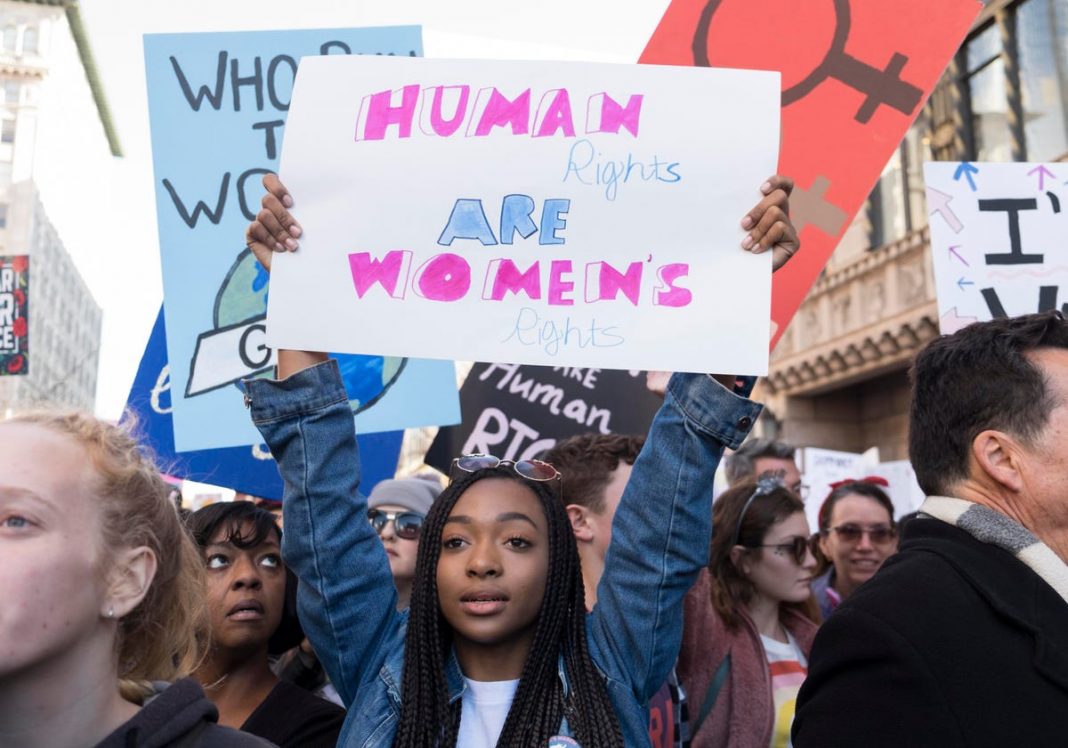 For a moment, things were looking up.

We’d endured a lot since March of 2020—with so many losing their lives and livelihoods. The pandemic’s employment crunch overwhelmingly hit women, who suffered the largest decline in workforce participation the country had ever measured, but there was a second there last month when it looked like we were finally bouncing back. That was, of course, before Delta obliterated everyone’s hot vax summer, but in July, almost 70% of new jobs went to women. It felt like the universe correcting itself, or perhaps some nascent sense of justice engendered by the ghost of Ruth Bader Ginsberg; maybe, maybe, it might not take decades to rebuild what we lost.

August came and the surge in cases that started in July swept the nation. Were we in another wave? In the middle of the summer, before cold and flu season even starts? We expected a wave in fall and winter, maybe a modest one, as chilly temperatures gave the virus a bit more wiggle room around the vaccine, not in the middle of the hottest month human history has ever recorded. As schools and universities were called back in session before kids could even get the vaccine, worries started to percolate. Will schools close? What happens if they do?

Well, we’ve already got our answer in the August jobs report. In contrast to the encouraging numbers of July, August saw American women receive only 11.9% of new jobs. Eleven point nine percent. That’s a crushing drop, and it reflects the sorry state not only of the job market, but of how America treats women.

I went and did a little digging; women’s employment numbers were pretty stable before the pandemic. Sometimes a little up, sometimes a little down, but the numbers didn’t move apart from larger employment trends. You didn’t see huge surges or drops with the seasons; more women didn’t enter the workforce in the school year or leave it for the summer than stayed put. But that’s what we’re witnessing: women once again being forced, whether overtly or by circumstance, to step away from employment.

To further underline this, look at Dr. Jill Biden’s history-making, headline-grabbing return to work. Read in the news how she’s the first and only sitting First Lady to ever have outside employment. Now, think back to 1992, when the country lost its mind at the mere prospect that Hillary Rodham Clinton might intend to do so, or how she had to defend herself by admitting to having baked cookies. Look at the calendar. Note the year: 2021, almost thirty full years after the 1992 presidential campaign. Now, look at those employment numbers again. Now, furrow your forehead and sigh in disappointment at the recognition that this culture of ours still fails to either value the work of women or recognize our capacities beyond the possession of a womb and a faculty for baking.

Of course hiring women dropped off precipitously. It happened for the same reactionary reason so many were forced out of work last year: “really, you seem distracted—after all, how focused can you be with your kids at home?” Daycare remains difficult to find, and schools are already hitting the infection wall. And while this has undoubtedly been incredibly challenging for all parents, the expectations placed on fathers is a paltry fraction of those heaped, piled, and overloaded on mothers. Men haven’t overwhelmingly been pushed out of the workforce because of these assumptions like women have, and quitting to take over childcare and schooling probably never even occurred to most, because, well, men aren’t presumed to be primary caregivers.

This is a well-established pattern from before the pandemic; women with kids, or even who might potentially have kids down the line, tend to be hired less. It’s usually called “the motherhood penalty” or “pregnancy discrimination,” but ultimately it’s just the assumption on the part of the employer that women cannot be depended on to want to commit to long-term careers. Add to that baked-in, casual discrimination the new stresses of the pandemic—lack of childcare, lack of open schools, increased household responsibilities, and more, all on top of the psychic trauma of having to live through all this—and you’ve got everything you need to keep women at home.

The forthcoming Women’s March in October, in protest of Texas’s cruel and gutless new abortion law, could be perfectly timed; if women want to rebuild, we have to make it a priority of both our politics and praxis alike. There has to be a movement in favor of returning to work. We have to have hard conversations with our partners about how to maintain that. We have to have employers who understand, because we will have made it impossible not to, that we do not deserve to be shunted aside and forgotten.

That is a change only we can effect. We must start trying.