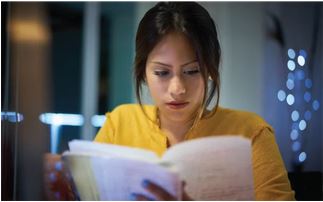 The United States is currently experiencing a massive demographic shift, led in large part by the nation’s Latinx population. This group is growing rapidly, quickly becoming the most culturally and economically influential community in the country.

It is no surprise then, that Latinx people have a massive effect on the U.S. economy. Their buying power is expected to reach $1.9 trillion by 2023, according to a report from Nielsen. This is up from $213 billion in 1990, marking an over 200% growth rate, more than double the growth in buying power of non-Latinx consumers.

This community’s economic influence reaches all industries, and it is critical that businesses gain a deeper understanding of Latinx culture. Doing so will allow business leadership to both better support employees and more effectively appeal to customers.

Among young Latinx people, there has been a rise in what is known as the “Hypercultural Latinx.”

Hypercultural Latinx people are often first-generation Americans who straddle both U.S. culture and their parents’ native Hispanic cultures. This group feels deeply connected to both aspects of their identities and has, in a sense, created their own blended, hybrid culture. As Ilse Calderon, an investor at OVO Fund, wrote on TechCrunch, a Hypercultural Latinx person is “100% Hispanic and 100% American.”

So, what do they want to buy? While Latinx people are clearly not a monolith, there are a few key trends across the community. According to research in the PwC Consumer

Intelligence Series, the Latinx population is especially enticed by new tech products. They are active on TikTok and exceedingly more likely to use WhatsApp and other social media platforms than other groups.

Nielsen also found that 45% of Latinx consumers buy from brands whose social values and causes align with theirs. This is 17% higher than the general population. Latinx people also share strong family values, as well as pride in their distinct cultural heritages. That is why organizations must engage the Latinx community and invite Latinx people to share their experiences.

It is pivotal that business leaders understand that “Latinx” is not a single streamlined culture. Rather, it is a diverse mix of traditions, nationalities, and values.

Embracing these cultural nuances is a key to understanding Latinx audiences. Organizations must consider methods to appeal to distinct Latinx groups, rather than marketing to the group as a whole.

Cultivating and advancing Latinx talent in the workplace

It isn’t only consumers that businesses should be thinking about. Latinx talent has also accounted for a massive 75% of U.S. labor force growth over the past six years, according to Nielsen. Nevertheless, only 3.8% of executive positions are held by Latinx men, and only 1.5% of are held by Latinx women.

Clearly, companies have a lot of work to do to attract and cultivate Latinx talent—and it all starts with recruitment. To ensure a diverse work force, companies must utilize culturally competent recruitment strategies that not only make new positions appealing to a variety of job seekers, but also give every applicant a fair chance.

According to an article in Hispanic Executive, understanding cultural differences can help recruiters create job descriptions that more effectively appeal to different communities. For example, the Latinx community feels a more communal sense of identity, compared to the more individualistic sense of identity in European-American culture. Recruiters should keep this in mind when thinking about what necessary skills they are highlighting for available roles.

Click here to read the complete article on Bloomberg.