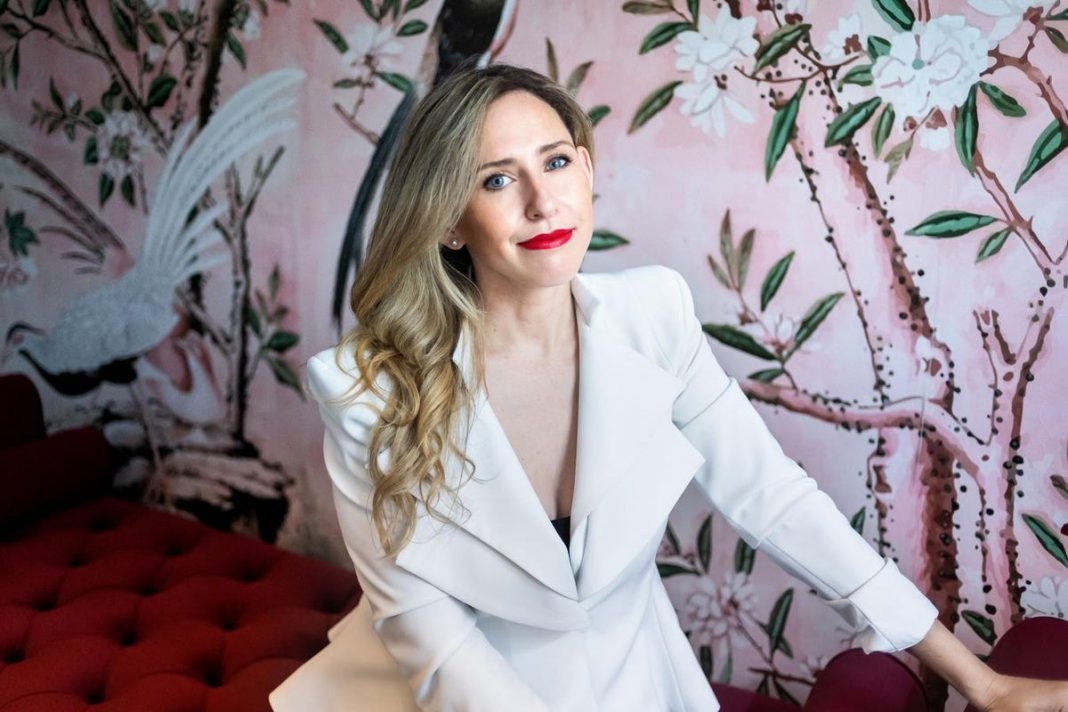 Last month, Victoria’s Secret announced that the brand would be swapping their iconic “Angels” models for women who have achieved worldwide recognition due to their accomplishments, not their body measurements. The move, welcomed by some, met with skepticism by others, brought to mind a movement started by fashion designer Carrie Hammer in 2014 when she launched Role Models, Not Runway Models.

Hammer made history by being the first designer to put someone in a wheelchair on the catwalk during New York Fashion Week that first year, and she has been credited with kickstarting the body positivity movement.

Even though she was likely one of the early players in the movement that led to last month’s announcement by Victoria’s Secret, she doesn’t care about getting the recognition for it. When I spoke with Hammer, she seemed thrilled that the brand that still dominated the lingerie market was making a move as big as this one. It is, Hammer pointed out, why she did what she did in that very first fashion show.

Amy Shoenthal: Can you describe the concept behind Role Models Not Runway Models?

When I was first asked to show at New York Fashion Week, I was talking to my stylist about all the things we needed for the show. She showed me catalogs from the three top modeling agencies. I said, my clients are these powerful women who have daughters the age of these models. My clients — they’re such role models. And that did it, in that moment, we knew we had to cast role models, not runway models. It was like the skies parted and that was it.

I knew it was something that was important to me and authentic to my brand, but I didn’t think it was going to have the impact that it did. For the first week and a half, it kind of went unnoticed, and then all of a sudden the story went completely viral online.

I had some amazing women walk in that first show, Kathryn Minshew of The Muse, internet entrepreneur Marie Forleo, feminist journalist, author and icon Liz Plank — women that people respected and admired. We also had Dr. Danielle Sheypuk, a famous sex therapist, who was the first model on the runway who happened to be in a wheelchair during New York Fashion Week. My show was trending number one on Facebook.

Things changed really quickly after that. The Chrisopher Reeve foundation reached out to me because they saw a surge in donations to their website. Danielle and I got hundreds of emails from young women and parents of daughters in wheelchairs saying they never saw themselves in the beauty industry, or never saw their kids in this way. I still get emails.

Back then, some of the top 25 beauty brands who wouldn’t feature models with disabilities. Some went as far as to say it was because doing so was against brand guidelines.

Shoenthal: Have any of them changed their tune since then?

Hammer: So many of them! Huge retailers like Target or beauty brands like Dove had never included models with visible disabilities at that time. It filled a hole in the industry. I just put Danielle in my show because she was a client and a friend. But once I started reading emails and seeing stories, it brought me into this whole world, it opened my eyes to a need that existed, and gave me an understanding of a hole that needed to be filled.

Shoenthal: Since your famous TEDx Talk, “The Business of Beauty is Very Ugly,” the body positivity movement has exploded. Talk to me about the evolution of the beauty industry since then.

Hammer: I have been really grateful for the changes I’ve seen in the beauty industry since that TEDx Talk. What’s happened in tandem has been the growth of Instagram, social media, and these platforms that give consumers a voice. They’ve been able to ask the brands what they want and also applaud brands who are doing the right thing. When my shows were trending number one on Twitter and Facebook, the brands had to take note of the response. They had to pay attention to what was working and what was trending. The marketing and beauty industries have to take note of what consumers are receiving.

I’ve seen the beauty industry adopt what we call body positivity, or the runway revolution way faster than I thought I’d see it in my lifetime.

Shoenthal: How does it make you feel when people say you helped kickstart the body positivity movement?

My life goal is to change the global definition of beauty. I’ve taken a small chunk out of it so far.

Shoenthal: That’s a pretty lofty goal. What steps are you taking to achieve that goal right now?

Hammer: I’m actually working on a book, using the same title as my TEDx Talk. I always believe in leading by positive example. It’s important to understand what’s broken and to come up with positive solutions. I want to ask the industry to commit to stop using terms like “anti-aging,” skin whitening and whatnot. We can’t anti-age. The jig is up.

Shoenthal: What was your first reaction when the Victoria’s Secret news came out a few weeks ago?

Hammer: The Victoria’s Secret news was my dream, realized. I think the Victoria’s Secret Angels have really been what’s damaging a lot of women’s self images and self worth. I believe the statistic is that 80% of 10-year-old girls have been or are on diets. When you look at old interviews with the angels, they’re very public about their diets leading up to shows, like no solid food three days before, and of course, airbrushing. So young girls see that, and it’s an impossible standard of beauty they can never reach. Victoria’s Secret has been profiting off that standard of beauty.

I think the pressure of the last decade from consumers just wouldn’t allow that model to hold water. Their products are beautiful and wonderful but there’s a better way to market to women. I’m a marketer, I’m a fashion designer, I love beauty and fashion but there are ways we can do that where we lift women up and make them feel beautiful. To see Victoria’s Secret lifting up role models in this way is really a turn of the tides.

Shoenthal: Do they deserve to be celebrated after they’ve been so damaging to culture for so many years?

Hammer: It would be interesting for them to have a self reflective moment where they address their past, and admit that it was not the right way of going about it. They can say that they’ve veered off course. It was more playful at the beginning, and then I think it went too far off course. There’s nothing wrong with women being sexually empowered. Let them be on stage in their underwear, but there’s a better way to do it.

Shoenthal: What’s next for the beauty and fashion industries?

Hammer: The beauty and fashion industry will go direct-to-consumer. Brick and mortar have been struggling for awhile, many stores have closed. Now the consumer can ask for what they want. But that can also mean shorter trend cycles, which will be challenging on the environment, and sustainability is expensive. I think digital beauty and fashion, filter beauty and fashion are going to be more of a thing. You see TikTok influencers changing their outfits four times in one video, but there are ways to do that more sustainably. I think we’re going to see that more.

Shoenthal: If Victoria’s Secret called you tomorrow, how would you advise them?

Hammer: I would say authenticity is key. What always worked well for me, and why I experienced such success with this movement is because it was always so heart centered. Consumers can sniff out inauthenticity in a minute and are turned off by it. So make sure this new bent is true to the new direction of the brand, not just a one hit wonder. If they’re taking this brand in a new direction, more power to them and I’m excited about it, but if it’s just for clicks, for likes, for press, it’s not going to work.