This Colombian Searches For The Secrets Of Stars With Exoplanets 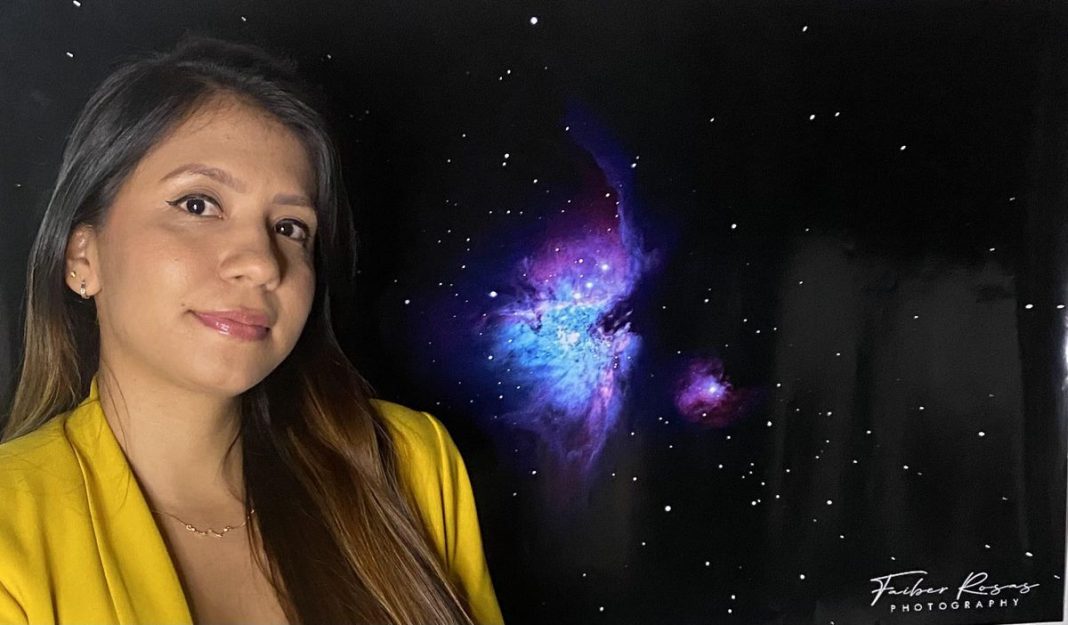 Colombian researcher Lauren Flor-Torres not only using robotic telescopes to study distant stars that have had planets detected around them, she’s also helping other Colombians, especially women and girls, see a path for themselves in astronomy.

In pursuit of understanding these goals, Flor-Torres, who is now a lecturer at the Universidad del Valle in Cali, Colombia, did her masters degree on a statistical analysis of the characteristics of exoplanets based on NASA databases before doing a PhD at the University of Guanajuato, in central Mexico.

“In my PhD I used data for stars with planets obtained with the 1-meter robotic telescope TIGRE in Guanajuato to study how we can connect the formation of the planets to the formation of their stars,” she said, “My work showed that we can use smaller telescopes in an optimal way (we do not need a giant telescope) to determine and study the physical parameters of planet host-stars.”

Flor-Torres grew up in Cali, Colombia, within a very close-knit family and says that there were two formative moments in her journey to becoming someone who looks at the stars for a living.

As an undergraduate student, she had the the opportunity to go on a field trip with Colombian-born researcher Adriana Ocampo, who is now a program executive at NASA and their Venus lead scientist.

“During this trip she told me all about her research, which fascinated me and at this moment, I decided,” she said, “I want to be a researcher like her.”

No Pain, No Gain

The second formative experience for Flor-Torres came during her first semester as a master student when, as part of the course, students went to do observations at Mexico’s National Astronomical Observatory in the Sierra de San Pedro Martir mountain range in Baja California state.

“However, just a few days before the trip I hurt my foot badly and had to use a splint and crutches,” she said, adding that her teacher told her she couldn’t go, due to the long journey and difficult mountain roads.

“Desperate not to lose the opportunity of going to a professional observatory for the first time, I argued with my teacher and succeeded in convincing him that I could do this trip, she said, adding that she got to work with a 2-meter professional telescope for the first time and saw Milky Way with her own eyes.

“I’ve never regretted it, it was quite a journey… it didn’t bother that my foot was frozen because I was so happy just being there,” she said.

The role of Colombian women in the space sciences was recently highlighted when NASA’s Perseverance Rover landed on Mars in mid-February.

And who was a key part of the team that made it happen? Colombian Diana Trujillo, who, like Flor-Torres, is also from Cali, Colombia.

To make sure that there are even more Colombians, especially women and girls, interested in astronomy, Flor-Torres has been instrumental in the creation of two projects. The first is GAAM (Grupo de Astronomía y Astrofísica Macondo), which aims to strengthen research collaborations and outcomes in astronomy, particularly in Cali, Colombia.

The other is CHIA (Colombianas Haciendo Investigación en Astrociencias) which is led by female astronomy researchers.

CHIA also the name of the goddess of the Moon, in the Chibcha language, once spoken by an ancient civilization in the central highlands of what is now modern Colombia.

“The aim of CHIA is to give more visibility to the work that many Colombian women do in Space Science around the world and to show young girls that science in Colombia is also for women,” she said, “We not only want to encourage them to follow the scientific path, but also to make them realize that women capable of critical thinking can play an important role in our society.”

Flor-Torres is part of an increasing number of female astronomers in Latin America. Another example is astrophysicist Kristhell Lopez, one of just two female astrophysicists from Guatemala, a country with a long history of astronomy before Spanish colonization.

She studies mysterious signals called ULXs (Ultraluminous X-ray sources), that might turn out to be mid-sized black holes.