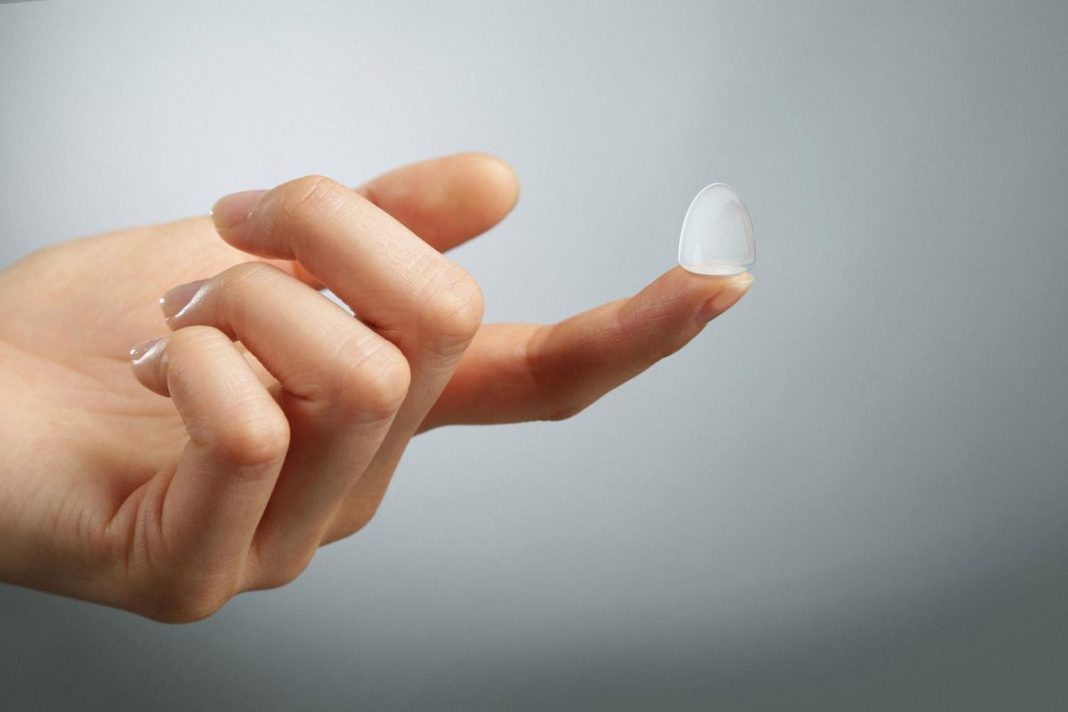 Today, It is clear that traditional contraceptive options are being challenged. Increasing awareness of side-effects, combined with the fact that we are more than ever aware of what we put into our bodies and how this impacts our health, and finally a frustration about the lack of innovation in contraception, has resulted in a strong demand for a wider range of products that will allow women to better choose their preferred options depending on considerations like personal habits, lifestyle, and individual physiology. It is also clear that a new non-hormonal contraceptive technology that provides efficacy comparable to the pill without the hormone-related side effects could disrupt the market and create a paradigm shift in contraception.

There are 61 million U.S. women of reproductive age (15–44), and almost half of them would prefer to use non-hormonal contraception, however, only 14% actually use non-hormonal methods because of the options available today (condoms, spermicides, copper IUDs, digital cycle trackers) are either less effective or perceived as unattractive.

Cirqle Biomedical is a startup pioneering mucus engineering as a new alternative to hormonal birth control, based in Copenhagen, and its team recently demonstrated the first novel and effective approach to contraception since hormonal therapy was introduced more than 60 years ago. The first product based on the technology, named OUI, a first-of-its-kind non-hormonal contraceptive that aims to be as effective as the pill with minimal side effects. It works by simply reinforcing the natural mucus barrier in the cervix to make it impenetrable to sperm – thereby preventing sperm from passing through the cervix and fertilizing an egg, minutes after application. But how does it actually work?

“We discovered small biopolymers that can reinforce the barrier properties of cervical mucus to prevent sperm from traveling through the cervix and thereby prevent fertilization. The biopolymer used is derived from either mushrooms or the shell of crustaceans and is particularly well suited for medical application as they are known to be biodegradable, non-toxic, and already used in other FDA-approved medical devices. We have recently demonstrated in large animals that the technology establishes a 100% effective barrier for sperm cells. In an efficacy trial with 30 animals, 0 of the 15 animals in the treated group became pregnant while 8 out of 15 animals in the control group became pregnant. These results represent the first demonstration of a novel mechanism of action in female contraception in 60 years,” Ljudmila Katchan, company’s Head of Research shares with me.

The R&D process for OUI started at the Royal Institute of Technology in Stockholm where the co-founder and CSO Thomas Crouzier is pioneering the research on mucus engineering. He discovered that certain biopolymers are able to strengthen the barrier properties of cervical mucus and the first proof of concept in the laboratory showed that human cervical mucus collected from donors during ovulation could be made impenetrable to sperm cells. Because of the novel nature of the idea – and because research in contraception has been under prioritized for decades – the biggest challenge was to find an animal model that would be suitable to test the safety and efficacy of OUI before human clinical trials.

“We, therefore, developed a new model using what we call mucus-centric contraception. The model allowed us to quickly iterate on formulations before identifying a formulation that provides a level of efficacy never seen from an on-demand non-hormonal contraceptive. In parallel with efficacy, we are ensuring that the formulation is safe. We use a variety of techniques, including cellular assays and lab-grown human 3D vaginal epithelial tissues to detect markers of inflammation and irritation. Our goal with this work is to set a new standard in terms of both effectiveness and safety for a non-hormonal contraceptive,” explains Katchan.

Up to date, the company has raised $4.5 million from life science investors to demonstrate preclinical efficacy and safety. As with any other product in this category, prior to commercial launch, complete comprehensive human clinical studies need to demonstrate the safety and efficacy of OUI and secure approval from national regulatory bodies.

Cirqle Biomedical was founded after founders secured pre-seed financing ($1.8 million) from Rhia Ventures and BioInnovation institute in early 2019. Rhia Ventures is a U.S.-based social impact venture capital fund that seeks to bring new types of capital and companies into the field of reproductive health to benefit women, pursuing investments in treatments, new technologies, and business models to improve reproductive health. BioInnovation Institute (BII) is an early-stage investor located in Copenhagen, Denmark, that builds highly promising life science startups by providing access to capital, state-of-the-art labs, and an international network of experts and investors. “Since raising our pre-seed round from Rhia Ventures and BII we have also secured support from world experts in contraceptive development in both U.S. and EU grant funding agencies,” adds Katchan.

“When we raised our pre-seed financing we had in-vitro proof of concept. This means we had demonstrated that after treatment our approach could prevent sperm cells from penetrating human ovulatory cervical mucus in lab experiments. The goal of the pre-seed financing round was to build the team and demonstrate the effectiveness and safety of the technology in animals, which is exactly what we recently achieved.” For Katchan and her team, this investment interest in Cirqle Biomedical demonstrates the interest in innovation in contraception. There is increasing awareness and recognition about the need for building a new standard of care for female contraception.

Last year, Cirqle Biomedical surveyed 1500-plus women in the U.S. about contraceptive needs and preferences. The study is representative of the U.S. population in terms of geography, income, and education. 49% of surveyed women said it is either extremely or very important that their contraceptive does not contain hormones and 61% said that it is likely that they would switch to OUI if OUI is as effective as their current contraceptive. Having in mind that among the 1.9 billion women of reproductive age (15-49 years) living in the world in 2019, 1.1 billion have a need for family planning, that is, they are either current users of contraceptives (842 million use modern methods of contraception and 80 million using traditional methods), the need for a product such as OUI is clearly there.

“Our short-term goal is to complete pre-clinical validation of OUI to start human clinical trials. Beyond contraception, Cirqle Biomedical was founded with the belief that many unmet needs in women’s reproductive health could be addressed with our mucus engineering approach. OUI is the first product of a series we envision, while other important items on our radar and for which we are exploring mucus engineering approaches include vaginal infections, sexually transmitted diseases, and infertility. We really believe that our innovation is a breakthrough that can have a multi-generational impact,” concludes Katchan.