Understanding the Emotional Tax on Black Professionals In the Workplace 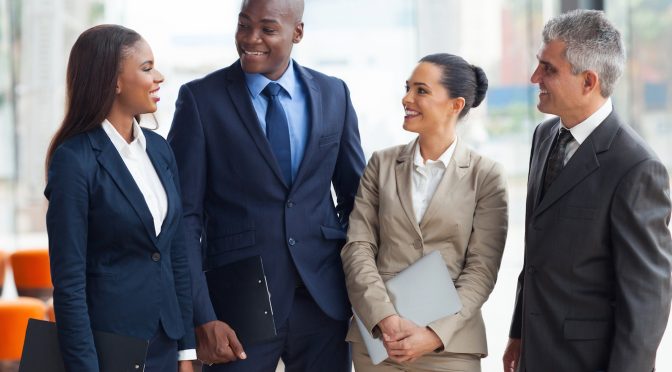 Corporate hiring managers no longer need to argue the case for diversity. Data from the Pew Research Center suggests that eight-in-ten Americans value racial and ethnic diversity in the workplace, with 45% of survey respondents citing diverse perspectives and equal opportunity as grounds for increasing diversity. Another 34% see a clear business case for diversity, too, as it leads to a larger pool of potential workers.

Yet, diversity is only a starting point. Inclusion, the behavior that welcomes and supports diversity in corporate culture, goes beyond the obvious missed opportunities for great talent. Inclusion is a necessary tool for growth and competitiveness.

For people of color, coping with discrimination can create the burden of an “emotional tax” in the workplace. This emotional tax is defined as ‘the heightened experience of being treated differently from peers due to race/ethnicity or gender, triggering adverse effects on health and feelings of isolation and making it difficult to thrive at work.’ Nearly 60% of women and men of color have experienced this burden, according to a survey by Catalyst. When employees of any background don’t feel that their perspectives are welcomed and included, the company bottom line can suffer, too.

This emotional tax is often referred to as the “Black Tax,” because of its particular impact on Black people.

Data indicates that, while a majority of Black survey respondents reported facing discrimination, those with college or higher education experience were even more likely to say they have been affected. As many as 62% of Black workers in STEM fields—as compared to 44% of Asians, 42% of Hispanics and 13% of whites—revealed they have experienced various forms of racial or ethnic discrimination at work, including earning less than a coworker with the same role and receiving less support than their peers from managers. When Black workers face racial discrimination, bias, and microaggressions in their daily professional environment, their emotional and financial wellbeing can be affected.

When faced with bias and discrimination, Black workers may feel obligated to code-switch, a method of alternating between ways of self-expression, appearance, and behavior in the workplace, to downplay racial differences and connect with colleagues. This suppression of one’s racial identity can come at the cost of authenticity and self-confidence, and thus, decrease a sense of belonging in a work environment.

This discrimination also forces Black employees to contend with hypervisibility, the feeling of being overly visible for one’s race or ethnicity, while their unique skills and personalities seem invisible to others. While this phenomenon has been an issue for years, its effect is being felt now more than ever in the aftermath of the murders of Black Americans like George Floyd, Breonna Taylor, and Tony McDade, as well as the global Black Lives Matter protests that followed.

Facing the intersectional pressures of race and gender bias, Black women, especially, may need to navigate situations of gender bias more carefully, including things like being asked to do office housework or being interrupted while communicating in the workplace. Other situations that stem from racial bias, such as having their hair touched without consent or being told that they are exceptionally articulate or not like others of their race, can also take a toll. A common solution offered to women to thrive in the workplace is to “lean in” or be “more assertive.” However, due to pervasive stereotypes, Black women may be labeled as “angry,” or subjected to racially biased reprisals when speaking up for themselves.

Since the burden to stay vigilant against bias can impact an employee’s self-confidence, career path, and retention within an organization, it’s no surprise that professional and financial repercussions follow. This constant attention can become a job within a job, or, at the very least, an energy-draining distraction. Black employees in non-diverse and non-inclusive workplaces may lack access to the senior leaders and spheres of influence that could provide paths for career progression. The racial wage gap embedded in the corporate system, combined with the diminished opportunity to connect and move forward, can impact earning potential throughout a career.

The Black tax, being pervasive, also threatens the ability of Black families to build generational wealth. When Black employees earn fewer wages than their white counterparts, they have access to fewer opportunities for building net worth—via savings and investing—and ultimately, less to provide for and pass onto their families. As many Black professionals may be the first in their families and communities to have college degrees (along with the access to white-collar income), they often support extended families during their earning years. Thus, the burden of the Black tax can cast a far-reaching shadow over the economic health of Black communities.

Lack of diversity and inclusiveness can weaken the path to management for internal talent and make attracting innovative new stars a challenge. Unspoken pressure on people of color to be more qualified, more professional, and harder working than their colleagues just to be valued on par, can lead to reduced productivity, costly health struggles, and high turnover for this group. Data also indicates that employees who are not carrying that emotional tax burden may also become disenchanted with their organization’s intolerance for diverse POVs and will subsequently leave, as confirmed by 72% percent of respondents surveyed in a Deloitte Poll. Nearly two-thirds (65%) of employees surveyed in an SHRM study felt that the respectful treatment of all employees was a very important factor in their job satisfaction.

Companies that optimize productivity from a wide variety of people tend to perform better than companies that don’t. Exposure to diverse colleagues helps everyone learn to adopt inclusive practices. The results can include increased retention and employee engagement, broader attraction of top talent, better brand image within the community, stronger financial performance, and greater innovation.

Attracting the best talent and connecting with one’s customer base requires acknowledging women of color as an integral part of the available hiring pool. Women and people of color comprise 63% of the population, but account for less than 30% of senior business decision-makers. Women of color also make up the majority of the global female population. While strides toward gender inclusion show that approximately “1 in 5 C-suite executives is a woman,” still “only 1 in 25 C-suite executives is a woman of color.”

Click here to read the full article on Bloomberg.