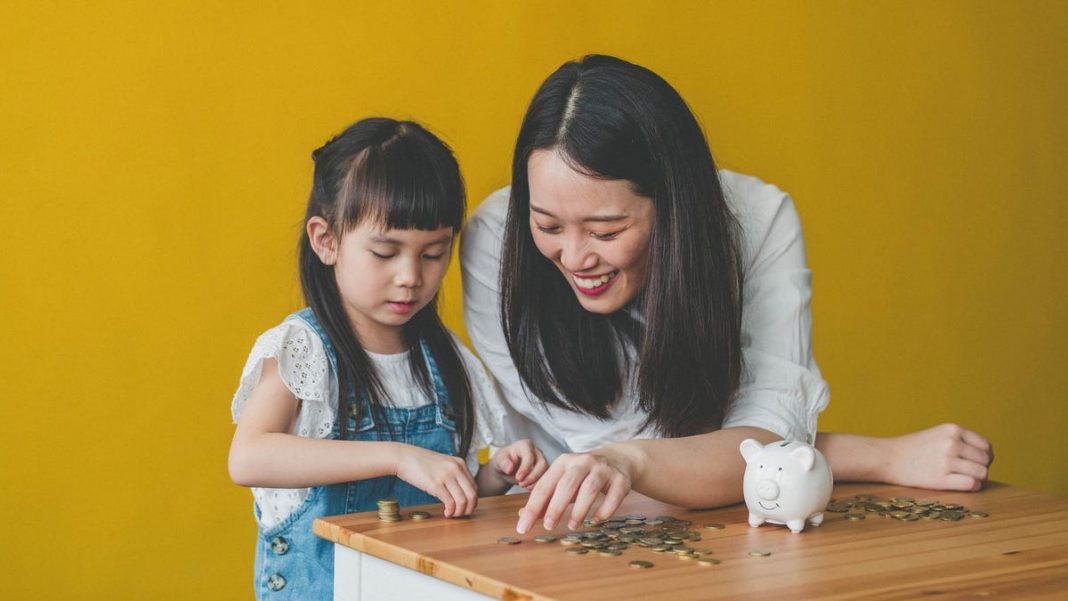 Why is the relationship between women and money consistently seen as complicated? While the wage gap has been well-documented (women these days still only earn 82 cents to the man’s dollar), there’s more to it than one might suspect.

Women represent 50% of the workforce in financial companies globally. However, an average of 26% of women are represented on the board of directors, 18% on the executive team, and 28% in senior management. Only 26% of American women invest in the stock market, and they invest less aggressively than men. And, perhaps most important, only 12% of girls feel confident making personal financial decisions—so this relationship with money begins at a very early age.

Taylor Burton, co-founder of Till Financial, a free app and debit card combo that lets kids and parents collaborate on smarter spending decisions, and Emilie Liebhoff, founder of Moms as Mentors and co-founder of Invest in Girls, shared four tips for raising financially confident young women who are set up for success.

Studies show that girls’ confidence levels drop by 30% between the ages of 8 and 14. When girls are hitting their lows at age 14, boys’ confidence is 27% higher. Burton and Liebhoff’s advice? When it comes to talking about money, start earlier than you’d think.

“Messages about themselves and about the world around them and opinions that they form, research tells us, happen between the ages of 10 and 14,” said Liebhoff. “If you start to identify a certain way, like ‘I’m not a math person’ or ‘I know nothing about money,’ between the ages of 10 and 14, you will be fighting that battle really the rest of your life—even if you develop more skills in confidence.”

Burton reinforced that starting early is key, especially with the younger generations having spent their entire lives understanding technology. “We are allowing kids without cell phone numbers as young as eight to join the Till platform. Kids are learning and their abilities are exponentially growing when it comes to technology. My 21 month old knows how to swipe open my phone. Starting early is the best way because the longer you wait, the bigger of a deal the conversation is.”

Speaking of the conversation, Burton is proud of how the Till Financial app has helped to introduce that conversation around money in a natural way. “I think that once you’ve created this big, hairy feeling around the issue, you push it off and it gets more uncomfortable and a bigger and scarier topic to have. Having Till as an introductory piece to have that conversation as a building block is key,” he said.

Liebhoff recommends doing just that—starting a smaller conversation that then expands into a more general conversation about money. “When you have the app and your child has it and they spend something, you get a little notification on your phone,” she explained. “Basically, go back and have a conversation with your child about it. It can be like, ‘Hey, I saw you went to the cafe for lunch. That’s so cool. What’d you have? What were you guys doing there? What else did you do today? Oh, you went shopping. That’s awesome. What did you buy?’ It gives you the context for being able to have a financial conversation without having it be formal.”

“It isn’t this tracking tool to have this rough and tumble conversation,” Burton added. “It is one that opens up a conversation that’s back and forth, two ways, and not ‘Why did you do this?’ That’s our goal with the platform.”

Kids learn so much by just watching and observing their parents—so while having that two-way conversation with kids about finances is crucial, modeling those behaviors is just as important.

“Math attitudes and insecurities are passed down. Even if you don’t feel confident with money or math or financial habits, demonstrating to your children and modeling that you are—even if it involves pretending—is important,” said Liebhoff, who founded Moms as Mentors around this exact principle. “It doesn’t matter what your background or skill set is or what your experience is. It is about how you’re modeling and how to be a money mentor for your child.”

Another key aspect is immersing kids in the experience and giving them the freedom to navigate it themselves. “Look at things beyond allowance that you can have running on your child’s Till card,” said Burton. “Things like subscription services, their cell phones, the Netflix bill, stuff that has a recurring monthly aspect to it. They start to build up this understanding that you should expect these bills to come on a monthly basis or bi-monthly basis or a weekly basis, and that there’s some planning that needs to take place for it.”

At the end of the day, all of this goes beyond just money. It’s about giving kids—especially girls—agency and passing on values. “Kids are smart,” said Burton. “They recognize when they’re trusted and when they’re not. I think the more trust we show kids and the more we let them shine, the better off they’re going to be.”