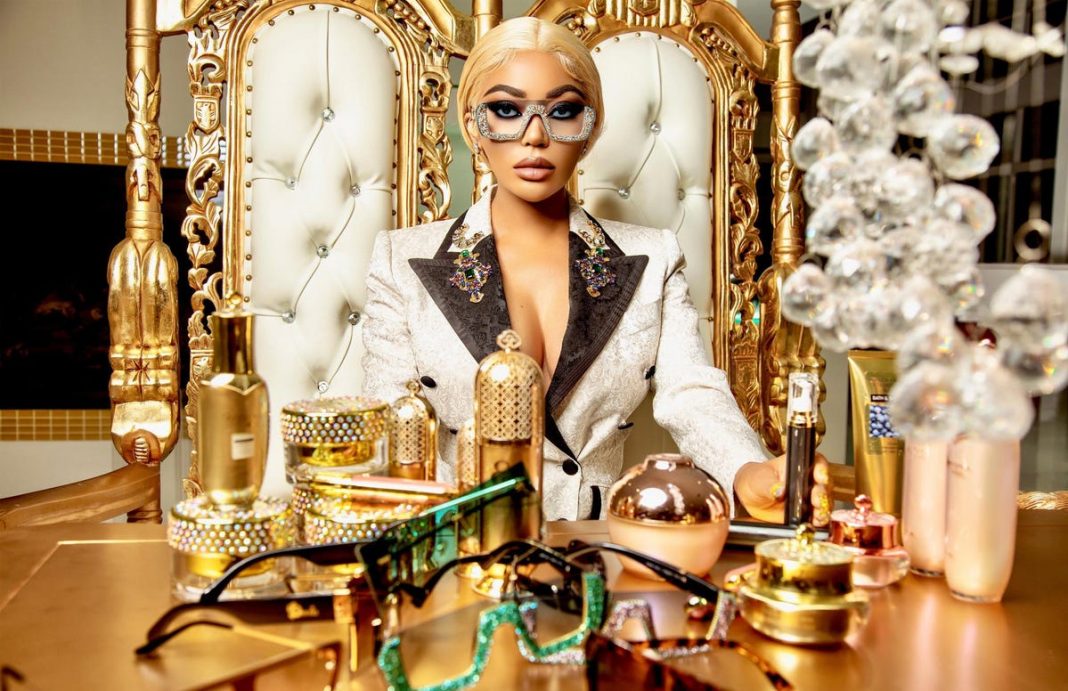 Some people are born entrepreneurs. Dencia Sonkey started selling the peanuts her grandparents grew at their home in Cameroon to her classmates when she was eight years old. By the time she was in high school, she was running a shop selling hair extensions and clothing. By college, she was customizing and selling shoes and clothing to the likes of Rhianna and Christina Milan.

Dencia’s story is not the story of a poor African child turning to business to put food on her family’s table. Dencia will be the first to admit that she didn’t need the money. Her clothing store was often stocked with items her grandmother brought back for her on frequent trips to Paris. “I think that I always wanted more than I was given…I was the child that had everything and I still just went out there,” she said, reflecting on her entrepreneurial childhood.

Although Denica had everything she needed growing up, it does not mean that her life was without challenges. Denica has Addison’s Disease, a rare and serious disorder of the adrenal glands. Her body does not produce enough cortisol and aldosterone. While the disease can be managed with life-long hormone replacement therapy, stress can lead to an “Addisonian Crisis” resulting in hospitalization or even death. By the time she was a teenager, she had already undergone multiple surgeries on her nose and throat and had to have a lump removed from her breast. Around the same age, she learned that the people she knew as her parents were actually her grandparents. Her mom had Dencia very young and her grandmother raised her as her own, even telling Dencia that her aunt was her twin sister. The girl “who had everything” was also dealing with a lot.

In 2006, after finishing high school, Dencia moved to the United States. “When I got to America, it was not what I expected,” she said. She had challenges adjusting to life living with her family there. “They would not let me go out to work. I was told, ‘Oh, you’re gonna get shot’ and I believed those things because what I saw on TV [about America] in Africa was terrible,” she added.

But as a born entrepreneur, she couldn’t keep herself from working. One morning she saw an ad in the paper looking for a hair braider to work in a salon. She left a note for her family and headed off to get a job, not realizing that that would be the last day she would be living under her aunt’s roof. An ultimatum was given and she had to choose between working and having a place to stay. She chose work and crashed with friends until she saved up enough money to get her own place. She eventually repaired relationships with her family, but within two years she was on a plane moving to LA.

In L.A., Dencia became a bit of an ‘it girl’. “I was the new girl in town. I was skinny, tall with long legs, big curly hair and my African accent. Everybody was always like ‘Who is she?’ Everybody just wanted to be cool with me,” she said of her early days in L.A.. Despite the glamorous parties she attended and celebrities she hung out with, she was still hustling to get by taking college classes and braiding hair. All of that changed in 2009 when a classmate invited her to the Grammy Awards.

Dencia has a talent for upcycling and customizing clothing and shoes. To the Grammy’s she wore a little black Marciano dress that she “cut out and added some stuff to” and a pair of Louboutin heels. She remembers that both Kylie Minogue and Rhianna approached her to ask her who made her dress. Then, the look she made and wore to the after-party got her a job styling dancers for a Ne-Yo music video. Her career took off from here both in front of the camera recording music and performing in videos and behind the camera, styling looks for Nicki Minaj, Rihanna, Christina Milian, Lil Mama, and other well-known celebrities.

Just as everything was taking off, her disease threatened to hold her back. “It’s because of Addison’s that my music career took a back burner. The doctor told me you have to pick between being an artist on the road and your life. You will not be able to do tours all the time because your body is not going to be able to take it,” she explained. Addison’s forced her to give up a career as a performer and focus on being a full-time entrepreneur.

Instead of ending her career, this personal hardship inspired the first product for her brand ‘Whitenicious’, a skin-lightening cream that can reduce the appearance of dark spots caused by hyperpigmentation, a symptom of Addison’s Disease. The Whitenicious brand has been very controversial. Her critics argued that Whitenicious products are not just about correcting dark spots, but bleaching skin all over the body to make the person’s skin lighter. Whitenicious and all skin whitening products are now banned in Dencia’s native Cameroon as well as in several other African countries.

While the past 18 months have been difficult for many people, Dencia has had a particularly hard time. She was dealing with increased symptoms from Addison’s and complications from her treatments. She underwent three surgeries and was bedridden for 6 months. In July, her sister and business partner lost a three-year battle with brain cancer. Despite this, Dencia keeps pushing, even getting up from her hospital bed and removing her wound-vac to go to the office to supervise the roll-out of new products. “I come from way too far not to succeed,” she said.

Her new product line is also inspired by her personal battles. Legally blind, Dencia has worn glasses all of her life. She remembers, “Perez Hilton once posted a picture of me and said that he wants to be as high as me when he’s going somewhere. In my head, I’m like, ‘I’m not high Perez, I just have a lazy eye. That’s the way my eyes look.’” This has inspired her to roll out a line of stylish, yet affordable, sunglasses. All of her glasses will have the option to change out the lenses for medical-grade lenses. Dencia hopes that this product will not be as controversial as her beauty line. “Contrary to popular belief, I don’t like controversy, I don’t like the drama,” she admitted. And while she believes that controversy works as a marketing strategy for effective products, she doesn’t believe that she needs controversy anymore to be successful. With almost 860k followers on Instagram, she has a loyal base of customers who will buy whatever she is selling.

Followers of Dencia’s career will soon be able to know whether her sunglasses line will resurface the controversy around the greater Whitenicious brand. They are available to the public on Dencia Online as of today, September 10th.