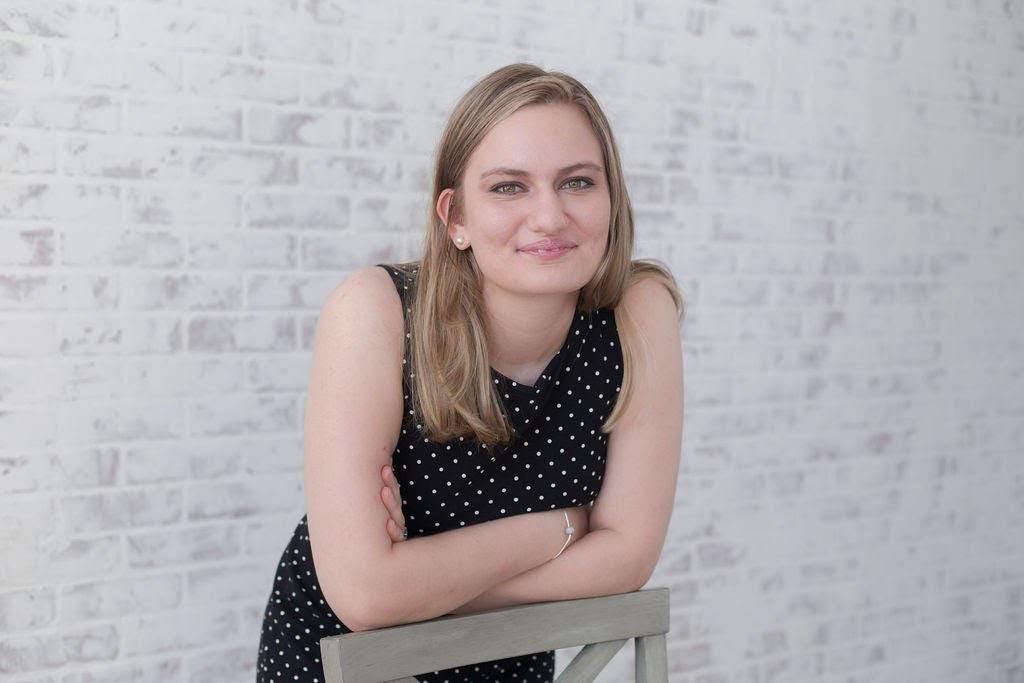 Move over Beth Harmon, there’s a real-life chess queen in town. Her name is Ashley Priore, 21, and at just four years old, she beat her dad in chess. An incredible feat for a child, but ultimately not surprising when you see how much she’s accomplished: already she’s run for public office, published three books, and founded two nonprofits with missions close to her heart.

The first nonprofit Priore created in 2014 when she was just 14. It’s called Queens Gambit Chess Institute, and offers chess classes, chess clubs, tournaments, and private chess tutoring to students in Pittsburgh. She educates all students, but focuses on young women and girls; Priore wants to provide a space she never had coming up in the male-dominated chess world.

Her journey began in Pittsburgh, where she was born and raised. Priore is the youngest of four; she has two older brothers and one older sister. When she was a child, she watched her dad teach her brothers chess and knew she wanted to play.

“And that’s the first example I remember of this difference between men and women in chess. It’s so male-dominated, so focused on the boy or the son learning chess and not the daughter.”

But soon enough, all four Priore siblings were playing the game competitively.

Priore looks back fondly on competing in chess tournaments but remembers facing quite a bit of harassment, misogyny, and sexism. She and her sister were always the only girls competing. She says a young boy she beat even threw a chessboard in her face at one match.

“As time went on, I was still playing, but the atmosphere for women and girls in chess didn’t get any better,” she said.

And then, at only eight years old, Priore started teaching chess. The harassment and degradation continued, not just by fellow children, but also by their parents. She was regularly made to feel less than, because she was a female and young.

“Many parents didn’t want their sons to learn chess from an eight-year-old girl,” Priore said.

This didn’t stop her. She then started teaching chess classes at local community centers and schools and marketed her classes towards young women. But there was still no central place for young girls and women in chess to come together.

“I realized that there needed to be an organization that not only supported young women and girls in chess, but that made sure that they’re using the skills that chess provides to handle all of these different elements that life throws at them,” Priore said.

At 14, Priore began researching the nonprofit process. After months of planning and preparation, she founded Queens Gambit Chess Institute.

Queens Gambit Chess Institute has grown since its inception. According to Priore, since 2018, the nonprofit has taught over 10,000 students, over half of them young women.

“When I was playing chess, it not only opened so many doors for me to be able to concentrate and sit for long hours at a time. It allowed me to feel like I had control of something,” Priore said.

Queens Gambit Chess Institute expanded during the pandemic. Like most businesses, they were forced to go virtual and went from providing classes in-person, only in the Pittsburgh area, to teaching people around the country and world.

While she loves the series because it highlights a strong woman playing chess, she was disappointed in some of the plot points.

“It didn’t show the struggle that young women go through,” Priore said. “I mean, I’ve had mentors in the game who were sexually harassed at chess tournaments and who were raped there. And the show just sort of showed that all these people support Beth [the main character in Queen’s Gambit]. But in reality, she wouldn’t have been [supported.] And that’s what disappointed me because I felt like they had this opportunity on a global scale, to highlight what women face.”

When Priore isn’t focused on her chess nonprofit, she’s involved in several extracurriculars, including politics. In 2019 Priore announced her candidacy for the Pittsburgh Public school board. She was one of the youngest people to ever run for that office in Pennsylvania. She says she ran on the belief that young people should be representing their school and should be part of the decision-making process.

As she began campaigning, she said she often faced harassment or incredulous comments from her male counterparts. And when they weren’t commenting, she says, they were typically ignoring her.

It’s why Priore recently founded another nonprofit called Y22, which focuses on getting young people on nonprofit boards.

“I feel like Queens Gambit opened my eyes to so many problems and obstacles in the world, and one of those is youth representation,” Priore explained. “I became passionate about youth representation, after being a young person in different circles and seeing how you’re treated differently.”

As Priore gets older, she isn’t slowing down.

When she envisions her future, she sees herself full-time in politics. And at a certain point, likely after she turns 25, she will step away from Queens Gambit, as she believes the nonprofit should continue to be youth-led.

When she reflects on how far she’s come, Priore is thankful — and she’s hopeful Queens Gambit Chess Institute will continue to inspire young women to take control of the chessboard, their lives, and change the world.

“I hope that [the institute] continues to inspire young girls and show them that they really can do anything that they want. We face so many barriers in life. And I hope that chess provides a way for us to look at opportunities and possibilities that we can take part in.”