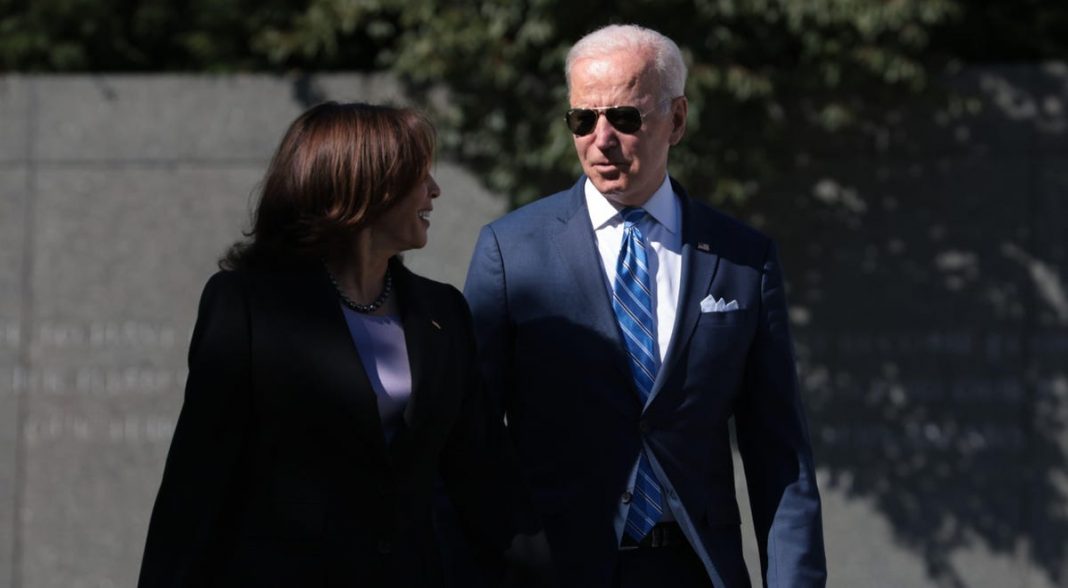 On Friday, the Biden Administration released the country’s first-ever national strategy to achieve gender equity and equality. The plan outlined ambitious goals to help women achieve parity with men in the United States and abroad, by addressing the primary obstacles to women’s advancement.

The current plan is the result of the President’s creation of the White House Gender Policy Council. “On International Women’s Day, the President issued an Executive Order establishing the White House Gender Policy Council to ensure that gender equity and equality are at the forefront of America’s domestic and foreign policy. That Executive Order also mandated the development of this first-ever national strategy to guide our work on gender equity and equality as a government and as a nation,” the President and Vice-president wrote in a letter introducing the strategy.

The lofty goals highlighted in the national strategy reveal the administration is serious about their commitment to gender equity. The 42-page report lists many initiatives, but here are a few highlights:

Eliminate Gender-Based Violence According to the proposal, “The United States will create the first-ever U.S. National Action Plan to End Gender-Based Violence, establishing a comprehensive plan to prevent and address the root causes of these problems, as well as increase options and opportunities for survivors to seek safety, support, healing, and justice.” By strengthening laws that support survivors and creating programs to prevent violence, they hope to free women from living in fear of gender-based violence.

Protect Abortion Rights, Expand Access To Healthcare And Create National Paid Family Leave The plan vows to protect rights recognized under Roe v. Wade and improve access to affordable, quality health care to reduce the needlessly high rate of death related to pregnancy-related complications in the United States.  In addition, the administration plans to create a national paid family and medical leave for parents and caregivers, which would include leave for bonding with a new child.

Improve Educational Opportunities For Women And Increase Access To STEM Fields The plan promises to “pursue interventions that shift the culture of STEM to reduce bias, harassment and discrimination.” Since women hold two-thirds of the student loan debt, the plan also pledges to support training in job skills without the burden of debt.

Help Achieve Global Equality For Women The plan vows to address human rights violations, promote reform of laws in other countries that discriminate against women and combat human trafficking.

Recruit More Women In Military The strategy proposes to improve gender integration into the uniformed services and address the issue of sexual harassment and assault which has plagued the military. The strategy states, “This includes removing the prosecution of sexual assault, and the investigation of sexual harassment, from the chain of command, as well as creating specialized units to handle these cases and related crimes.”

Involve More Women In Fighting Climate Change The plan makes the argument that women may be disproportionately impacted by climate change, so more women should be involved in plans to mitigate its effects.

Recruit More Women In Leadership The administration will promote transparency and encourage organizations to disclose the gender balance of their management and board positions. They also vow to appoint more female judges and to encourage female participation in government leadership.

Close the gender pay gap The administration vows to strengthen discrimination laws and issue new policies against practices like reliance on prior salary history which can exacerbate prior discrimination.

Increase Availability Of High Quality, Affordable Child Care The administration hopes to cut costs of child care by more than half for most families, promote universal pre-kindergarten and expand the universal Child Tax Credit.

The administration makes it clear that transgender women and girls are included in the initiatives, as are those who identify as nonbinary. The goal is not to elevate women at the expense of any other group but to support programs that will elevate traditionally underserved communities and help them reach their greatest potential.

By laying out their intentions, the United States joins several European countries and Canada in developing a plan to achieve gender equity. For the most part, the U.S. plan overlaps with the initiatives laid out by these other governments.  One notable exception is the Swedish plan declares that women and men must have the same responsibility for housework. Although the U.S. plan laments the fact that women do the majority of unpaid work, they stop short of including gender parity in housework as an objective.

Like several other countries, the Biden Administration is making a pledge to implement gender mainstreaming. That is, they want to include the gender equity perspective in all aspects of policymaking.

The gender equity proposal clearly hits on many of the issues keeping women from reaching parity with men. While it’s great to see these issues are on the administration’s radar, only time will tell how successful they are in implementing its plan. Some of the goals are more easily tackled than others. Shifting the culture to reduce gender bias in STEM fields cannot be achieved overnight.  And the Biden Administration is unlikely to completely eliminate gender-based violence any time soon. Nonetheless, setting goals is a great first step and working to achieve those goals will certainly help women and girls in the future.

The administration vows to be accountable and quantitatively assess their successes and failures according to specific metrics. We can look forward to evaluating their progress.