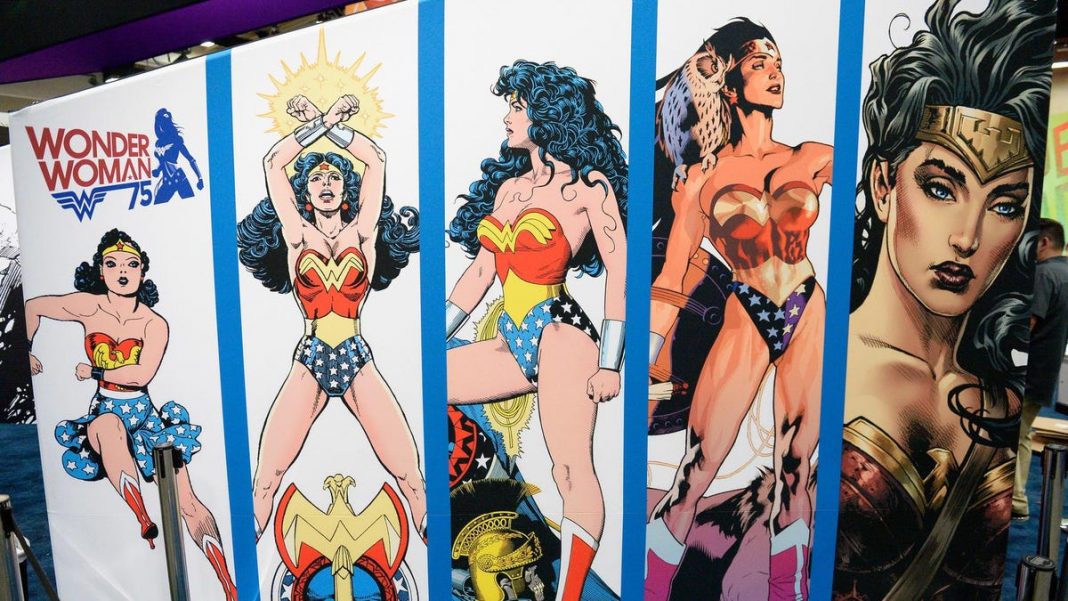 Today the world celebrates the 80-year legacy of DC Comics’ Champion of Truth and Warrior for Peace, Wonder Woman. Eight decades ago, a superheroine was born that impacted generations of not just women but generations of comic book readers. From her Lasso of Truth to the strength and power of the female spirit, Wonder Woman has become a universal symbol of justice and equality. She symbolizes hope—women are capable of changing the world.

The superheroine has evolved from the print pages of comic books to a television series to a cartoon series to the groundbreaking blockbuster movie in 2017, reaching almost $1 billion at the box office. Over the years, regardless of societal issues and pressures, the dedicated teams of writers, producers and editors have kept the legacy of Wonder Woman at the helm of their creations.

Marie Javins, editor-in-chief at DC Comics, went from being a fan of the series to now playing a role in the character’s evolution.

“She’s an iconic superhero,” Javins explains. “Her core values are slightly different. If you look at the trinity, you’ve got Wonder Woman, Superman and Batman. … Wonder Woman is the heart. She’s the person who understands the most; how the villain might even be hurting. … She’s the heart and the truth. She’s the person who most is able to drill down and get to the source of the problem and then try to figure out how to have empathy for everyone involved. The great irony is that she can beat somebody up, but she really hopes to not have to. If I’m honest, most of the time, because it’s a comic book, and we need action, she has to use her physical strength, even though her greatest desire is to find a peaceful solution.”

Javins began her career with a 13-year stint as an executive assistant editor and colorist at Marvel Comics. Having to pay off student loans, and before the creation of Photoshop, she learned how to color photos and comic strips manually. Eventually, she left her editing post and colored full-time. She then backpacked around the world, experiencing different cultures. Towards the end of her trip, she wound up in Kuwait with her friend making comics about THE 99, a multicultural superhero franchise that originated as a comic book and evolved into an animated property that debuted in several countries and on Netflix in 2012.

She moved back to the states authoring Marvel’s prose novels. During this time, DC’s former editor-in-chief asked if she wanted to temp at the company while they moved offices from New York to California. A few months later, the company asked her if she’d like a permanent position. Six years later, she became the editor-in-chief, working alongside Pam Lifford, president, WarnerMedia global brands and experiences and oversees the DC brand.

Javins remembers as a child using her allowance money to buy Wonder Woman comic books. Over the years, she has witnessed the growth of the superheroine. She helps lead the team that expands the brand into different verticals, allowing the character to evolve over different mediums.

DC is expanding Wonder Woman’s world by adding new characters like Yara Flor from the tribe of the Amazons and revitalizing old ones such as Nubia, originally Wonder Woman’s long-lost twin sister. Additionally, her story is expanding through DC’s young adult graphic novels.

Her popularity and positive impact have not gone unnoticed. Later today, she will be the third inductee into the Comic-Con Museum Character Hall of Fame alongside Batman and PAC-MAN. The global, virtual ceremony will include Lynda Carter, who played the iconic Super Hero in the Wonder Woman TV series, and Patty Jenkins, director of Wonder Woman and Wonder Woman 1984, who just announced at DC FanDome that she will return to direct a third Wonder Woman movie. A special segment will showcase how different brands and designers from around the world came together throughout 2021 to create bespoke collections inspired by the Amazonian champion

Javins shares the following essential steps as to how Wonder Woman continues to evolve and add new skills to her repertoire:

“Wonder Woman is the iconic female superhero,” Lifford shares. “She has been an inspiration for generations, and her enduring qualities of truth, strength and compassion will never change. We hold these truths close in everything we do—the stories, products, and experiences designed and curated in exciting ways to connect with fans today. In times like today, Wonder Woman reminds us that we are resilient, powerful in ourselves, and we all should believe in the power of wonder!”