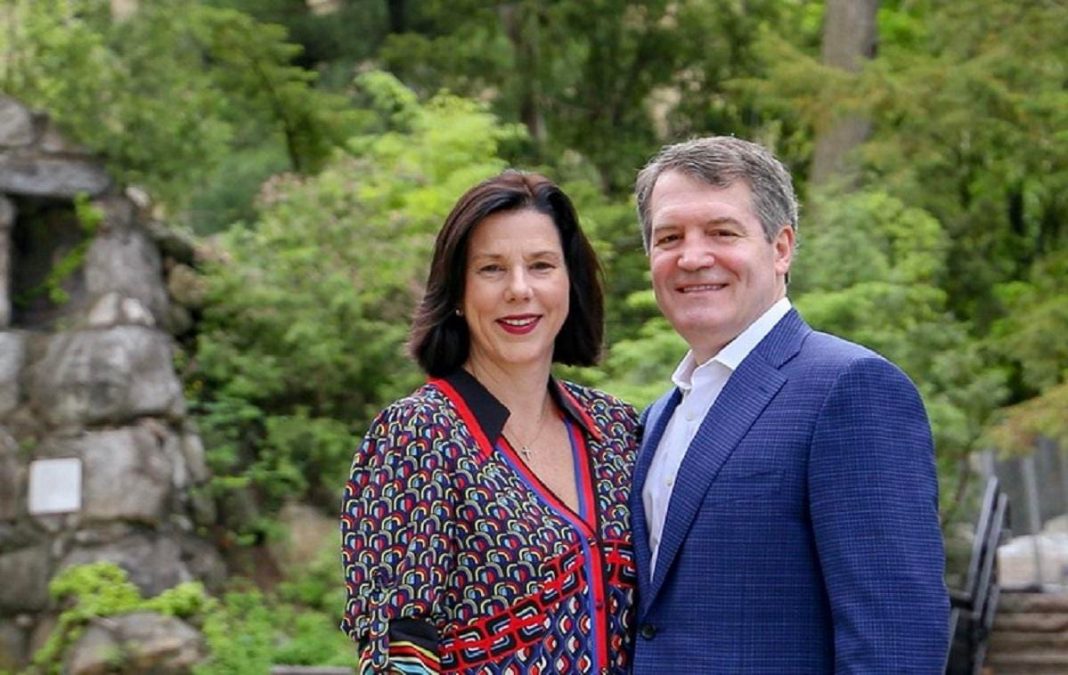 Some might advise that startups with husband-and-wife teams at the helm are a risky bet. But, many couples—including James and Elise McVeigh—prove naysayers wrong. Couples handle the risks of starting and growing a business differently. There is no one size fits all approach. Here’s how the McVeighs are doing it.

Jim is an investment banker and visionary who thought the process of discovering and analyzing private company investment and acquisition deals was ripe for innovation. Whether you are an investor, acquirer, or business owner you want good value, but finding it isn’t easy.

In a year of sky-high company valuations and the potential of being another record for investment in private companies, it is crucial to identify opportunities that have been undetected and undervalued. Even in less heady times, startups don’t have the money to hire intermediaries to find investors or acquirers for them. They need a cost-efficient tool to identify them and manage their cap tables. That requires investors and acquirers seeking private companies to invest in or acquire, and company owners seeking investment to look beyond their usual referral networks to identify opportunities.

A lot of information about companies was not being collected. However, more information is not necessarily better unless you provide it in a meaningful way. Jim saw this as an opportunity. For example, with a high degree of accuracy, Cyndx uses predictive analytics to identify companies that are likely to raise money in the next six to nine months.

The company’s data-collection processes dramatically expand the number of companies evaluated, well beyond those that would come through an investor, acquirer, or company owner referral networks. The platform currently provides data on 13 million companies worldwide, which includes 4 million in the U.S. Cyndx is adding Spanish and German translation, which will allow it to increase the universe of companies it analyzes by about 50%. The analysis is done in seconds.

When Jim approached Elise about starting a company, her answer was yes. Her support of the idea emboldened him to hire a web development team to build a beta (minimum viable product—MVP) product. In 2013, the company launched.

In some industries, customers forgive imperfections in an early version of a product. With millions, if not billions, of dollars at stake, even minor flaws in a business and finance data and software service would not be tolerated by users. Getting it right before Cyndx started selling the service was essential. Perfecting the platform took time.

As an investment banker, Jim also wanted to get a higher valuation than a pre-revenue company would get. Delaying fundraising meant the couple funded the business themselves until 2015—the year Cyndx raised $500,000 from friends and family. In 2017, they raised $10 million from Rakuten Capital, a corporate venture capital group with a financial services focus.

One of the big risks for couples starting a business together is that, in the early years, both paychecks are on the line. Smartly, in 2013, Jim also launched CDX Advisors, a boutique investment banking firm. CDX provides the couple with income.

Growing a startup is never a straight shot upwards. At critical junctures, Jim and Elise made personal sacrifices like foregoing their salaries. “It was believing in the long-term vision that kept me going,” said Elise. “But, honestly, not knowing the industry, it was blind faith [in my husband].”

In the first few years, when they were self-funding the business, managing cash flow was a constant balancing act. They needed to have money to develop new products and improve existing ones. Do you focus on increasing data collection or fine-tuning the technology? “Which comes first, the chicken or the egg?” asked Elise. Prioritization was key.

Early on, Elise, a sales and business development executive, started helping with operational tasks, such as finding office space and getting a bank account. “I had a career in media. I had to learn the industry jargon,” she said. The administrative tasks she did are a small part of the enormous value she brings to the company.

“Michael Dell once said that ‘Ideas are a commodity. Execution of them is not,'” said Jim. “Given her vast executive experience, Elise has been critical in not only crafting the vision for the company but also in making sure all of the operating units are focused and aligned. She is also responsible for holding sector leaders responsible for meeting our targeted goals and objectives.”

Perfecting the product took time. Jim had many friends—both on the client-side and the investment banking side. They provided marketplace feedback. Keeping the development team—based in Los Angeles at the time—focused and motivated when metrics like customer satisfaction and revenue were not available was essential. In those days, Elise would visit the West Coast monthly and stayed for a week. She was honest and communicative with the team.

Given the very different skill sets that Jim and Elise have, increased investors’ confidence that the company would succeed.

“We were hitting our stride at the beginning of 2020,” said Elise. Then Covid-19 happened. The investment and mergers and acquisition sectors froze. “We took no salary, cut some staff salaries, and furloughed others.” They also received a Payroll Protection Program loan. She feared that after all the personal sacrifice, they might lose the business. Fortunately, the investment industry rebounded relatively quickly and Cyndx is ramping up again.

How will you build an effective management team for your startup?