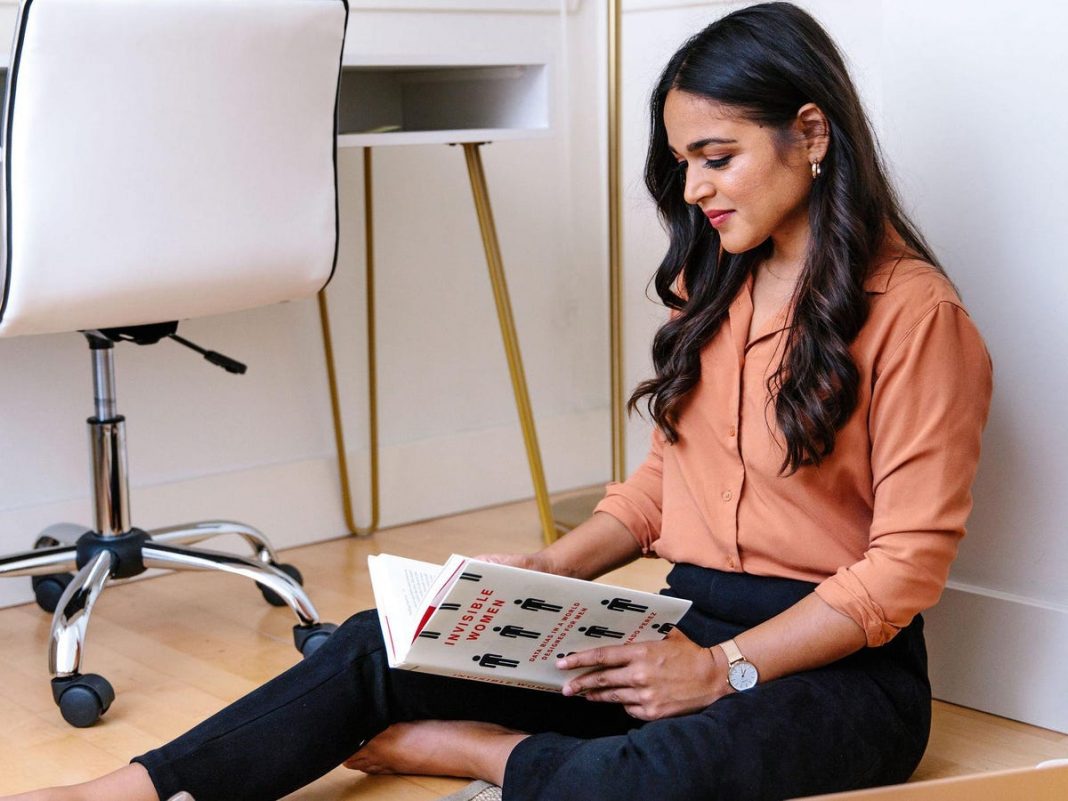 Despite making a good living as the product manager for the Chase Sapphire Reserve at Visa, Vrinda Gupta was rejected by the credit card she helped launch. She lacked the credit history upon which credit card companies weigh in their approval decisions.

Determined to close the credit gap for women—especially young women, who are not engaging with credit optimally—Gupta launched Sequin. It’s the first debit card that builds credit, risk-free with no credit history required.

Gupta had used debit cards and her father’s credit card. Being an authorized user on a card means you have access to a card’s credit but, because you aren’t responsible for paying the balance, you’re not building your credit history. “I was using my dad’s credit card, building his credit, and not mine,” she exclaimed. As a result, women are disproportionately rejected by credit cards, get lower credit limits, and receive higher interest rates. This is despite the evidence that shows women achieve similar credit scores to men.

Gupta was smart enough to realize that she wasn’t the only young woman not building her credit history. She remembered how the boys in her classes talked about financial matters, but not the girls. As a woman of color and a first-generation immigrant—she moved to the U.S. from India when she was young—she thought this tendency was even stronger among women in these groups.

According to Nielsen, by 2028, women will own 75% of the discretionary spend, making them the world’s greatest purchasing influencers. Yet, as women shoulder more of the household burdens around the world, they feel less financially secure. “I saw in Visa data that 70% of women’s spend is on noncredit building products, like debit cards and credit cards in other people’s names,” she said. “It’s leaving valuable [credit card] rewards on the table and, ultimately, it’s affecting our ability to access credit fairly and equitably because we aren’t building credit histories.”

Before striking out on her own, Gupta felt she needed to learn about entrepreneurship. She left Visa and went to Haas School of Business, University of California, Berkeley. She did her MBA summer internship at IDEO and was encouraged to start her own company.

She did a lot of research before designing the product. The analysis revealed dissatisfaction with credit card rewards programs, built based on what men want, not what women want. “Women [use their credit cards to] make retail, beauty, charitable contributions, and household purchases,” said Gupta

During the pandemic, the team realized that women were making avoidable credit mistakes, not because they weren’t capable of doing what was necessary to build a good credit score, but because they didn’t know how to. Because you need to be approved, a credit card wasn’t the solution.

The Sequin card isn’t a credit card; it’s a debit card. No approval is necessary. Sequin forwards the money for the purchase to the merchant on your behalf, then pays itself back by automatically withdrawing money from your connected bank account. It reports those repayments to credit bureaus.

As a woman, a person of color, a first-generation immigrant, and a solo non-technical founder in the male-dominated fintech industry, Gupta had many strikes against her when raising a pre-seed round of financing. Later she brought in a technical co-founder with 10 years of experience at Paypal. Against the odds, she raised a pre-seed round.

Gupta pitched both male and female investors. It was important to her that Sequin investors understand the mission of the company. Women are more likely to. Those who invested recognized that Sequin was targeting a large, lucrative, and grossly underserved market.

Gupta spent more time on fundraising to attract values-aligned investors. When it came to close the pre-seed round of $700,000, Gupta was in the fortunate position of being able to be choosy about who would be in the round. Nearly all of Sequin’s earliest investors are women representing industries, such as consumer tech, financial services, and design. Investors included Carrie Schwab (chair and president of the Schwab Foundation), Kevin Weil (former head of product at Instagram), Deb Liu (CEO at Ancestry), Dorothy Jean Chang (president at Kode with Klossy), and several women from IDEO. She impressed potential investors with her knowledge of the market’s needs and her product solution.

Now that Gupta is closing her second round, she is learning the benefits of being part of a Y Combinator accelerator program. Sure, they introduce you to investors, but it’s also about mentorship and peer support. When she was being conservative in talking about her projections, they called her out. As a first-generation immigrant, she was taught to be humble. But, if you’re going to impress investors, you have to have—and articulate—a big vision.

“Being around other people who are questioning the status quo is inspiring,” said Gupta. “It’s shown me the power of my vision and it’s given me the encouragement that I’ve needed to be able to continue to bet on myself every day.”

Money will be used for marketing outreach. Financial services companies spend 13 times more money advertising their banking, investment, and retirement products and services in male-skewed magazines than in female-skewed ones. No wonder women aren’t as knowledgeable about financial matters!

As women’s well-being expands from physical health to mental and emotional health, Gupta believes the next wave is financial health.” Having credit and financial freedom will be a new form of feminism,” she said. “It’s about having conversations about money, sharing knowledge, and creating community in a safe space. We’re already doing that with our initial group of women who signed up for the service.”

The company will seek to tap into female affinity groups, nurturing conversations around financial well-being and providing guidance around credit. These groups could be professional associations, sororities, corporate diversity and inclusion groups, and more.

How are you challenging the status quo?