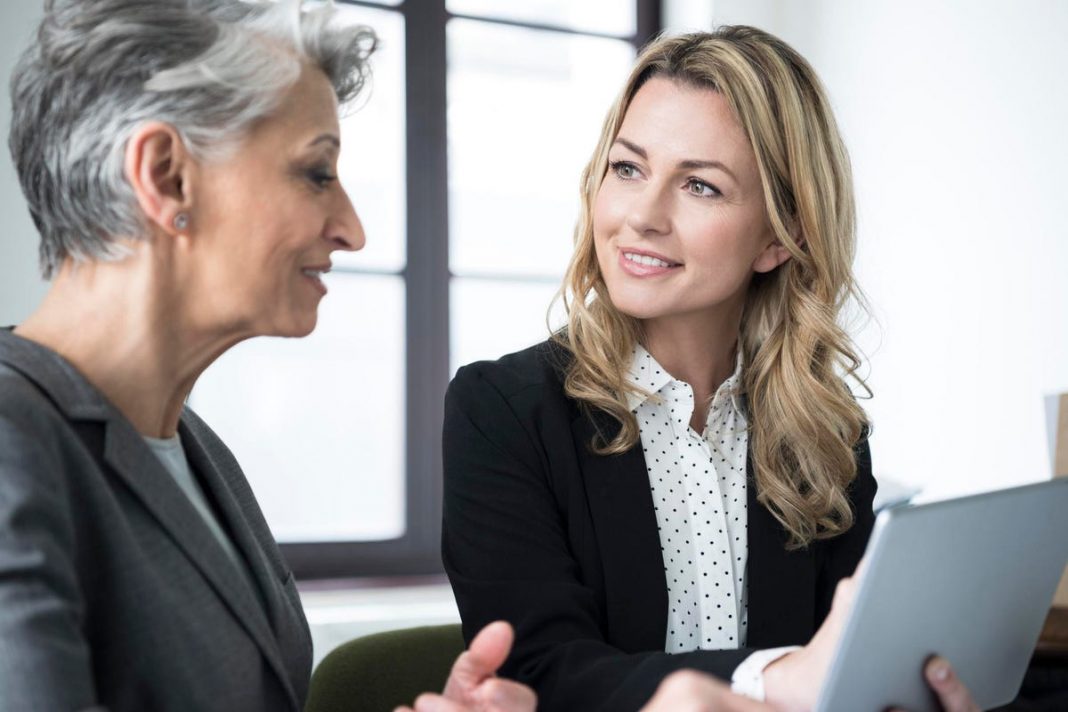 “I believe I have unlimited potential but it is not supported by others due to my age (53) as if I’m not relevant anymore – hard to fight that bias when it’s pervasive.” unemployed woman in advertising/marketing

Gendered ageism is the intersectionality of age and gender bias. In the workplace, this is a growing concern for professional women.

Society’s emphasis on what Catalyst defines as ‘lookism’ which is the importance of a youthful and attractive appearance, puts women under a microscope as they show visible signs of aging. Because of ‘lookism’, women face ageism earlier than their male counterparts. The bias erodes women’s self-esteem and confidence, but the effects of gendered ageism for professional women go beyond the pressure they may feel to look young. This form of bias affects their job security and financial future as they are perceived in the workplace as being less valuable, less competent, and irrelevant as they age.

To better understand how gendered ageism affects professional women, I conducted research in collaboration with Catherine Lindner of Out-Wit, Inc. The survey collected responses from 729 participants aged 18- 70+, with 65% of respondents coming from the United States and the majority of the remainder coming from Canada, the UK and Europe.

Here are the key-takeaways from the survey:

1.   Gendered Ageism is Real – 80% of those surveyed experienced some form of gendered ageism. A third of all respondents (33%) felt they could not get a job or interview because of their age. The most common experiences were “feeling opinions were ignored” (47%), “seeing younger colleagues get attention” (42%) and “not being invited to key meetings” (35%).

“I think ageism is rampant and continues to get worse. I also believe that ageism is a drain on the economy and that figuring out ways to utilize older workers will be key to economic growth” – woman 47-52 with a graduate degree in the consulting industry.

“Much of it is hidden. For example, employers just don’t respond to your resume. I see a lot of job listings asking for a photo or online profile with photo.” – woman 59-64 with a graduate degree in the real estate industry.

2.   There is No “Right” Age – Women reported either being too young or too old. 77% of those under 35 reported the negative impact of gendered ageism. Starting at age 35, women begin to experience gendered ageism at increasing rates as they age with 60% of those 35-40 reporting the experience. The percentage peaks among those between 59 and 64 with 88% stating they had experienced some form of gendered ageism

3.   Gendered Ageism is Found Everywhere – For those currently working 77% reported a prevalence of gendered ageism with 41% stating it was “very or moderately” prevalent. Those at public companies were more likely to report a prevalence with 82% compared to 73% at private corporations.

4.   Nowhere to Go for Help – A full three-fourths (75%) of those who experienced gendered ageism and were still employed did not take any action. Of those who did not act, 70% stated they didn’t take action because they didn’t believe it would make a difference. More than a quarter (26%) didn’t trust HR and 23% did not want to risk their job. Of those that did act, there was little satisfaction. Of the 19% that spoke to their manager 44% were very dissatisfied and 17% were somewhat dissatisfied. The satisfaction rates for the 11% that spoke to HR were even lower with 71% either very or somewhat dissatisfied.

5.   DEI is Not Making the Cut – When asked if their company’s DEI initiatives included gendered ageism, 77% responded that it was not included. Interestingly, 23% stated they did not know and 15% said their company did not have DEI initiatives. Public companies were more likely to have DEI, all but 3%, but only 23% of both public and private companies included gendered ageism. Almost a full third of private companies did not have DEI at all (30%). However, almost all respondents from both public and private companies (93% and 83% respectively) believed that more could be done to combat this prejudice.

“It is an important topic that has been ignored or overshadowed by other DEI priorities.” – woman 47-52 with a college degree in the non-profit sector.

6.   A No-Win Situation – Not Enough Money to Retire and Limited Prospects for Work – Gendered ageism has long term implications for retirement, with more than half of those surveyed reporting that they do not have enough money to retire and nearly all (95%) of those over 53 – including those 65-70 – stating that they want or need to keep working. Yet, more than a quarter 28% of women 59-65 thought their chances of continuing to work were “fair” or “poor”. The most common reason stated – “My company does not value older workers”.

7.   Once Fired, Not Re-Hired – Of those who were unemployed, 9 out of 10 stated they were fired, laid-off, forced to retire or had trouble getting a job or interview because of their age. More than half (54%) had been unemployed for more than a year. Additionally, 75% of these respondents do not have enough money to retire – creating greater urgency.

“I have been on 20 interviews in 2 years. I believe it is a combination of ageism and being too skilled thereby perceived as a threat to younger personnel. It is extremely dehumanizing and soul sucking to be rejected time after time for positions I am wholly qualified for.” – woman, 59-64 with a graduate degree in a non-profit field

8.   Education Provides Nominal Insulation – Even the most highly educated women experience this form of discrimination with more than 3/4 (77% ) of those with graduate degrees experiencing gendered ageism compared to 83% of those with 4-year college degrees. Those with 2-year degrees and “some college” were most vulnerable with 88% and 90% respectively reporting that they experienced gendered ageism.

9.   Follow the Money – Interestingly, those in the financial services industry were least likely to report experiencing gendered ageism with 34% stating they had never experienced it. Interestingly, it is one of the industries that is most aware of the power of older women as they are in command of more than $10 Trillion in wealth that is expected to grow to between $30 and $40 Trillion in the next decade in the US alone.

In summary, gendered ageism affects women at all stages of their career but most notably when they are under 35 and over 50. The emphasis on ‘lookism’ puts pressure on women to appear youthful and often trumps their performance when they are evaluated. As a consequence, many women 50+ are pushed to the sidelines and/or pushed out to make room for younger workers. Though this is also true for men, women experience this earlier. Once terminated, women find it much more challenging to get rehired at a time when may they lack the funds for retirement.

Gendered ageism is clearly an issue that must be addressed in DEI initiatives. Managers and HR representatives need to be better equipped to have conversations with women experiencing ageism and their companies must create a safe environment for these discussions to occur.

Bonnie Marcus, M.ED, is the author of Not Done Yet! How Women Over 50 Regain Their Confidence and Claim Workplace Power and The Politics of Promotion: How High Achieving Women Get Ahead and Stay Ahead. An executive coach and speaker, Bonnie is also host of the podcast, Badass Women At Any Age.