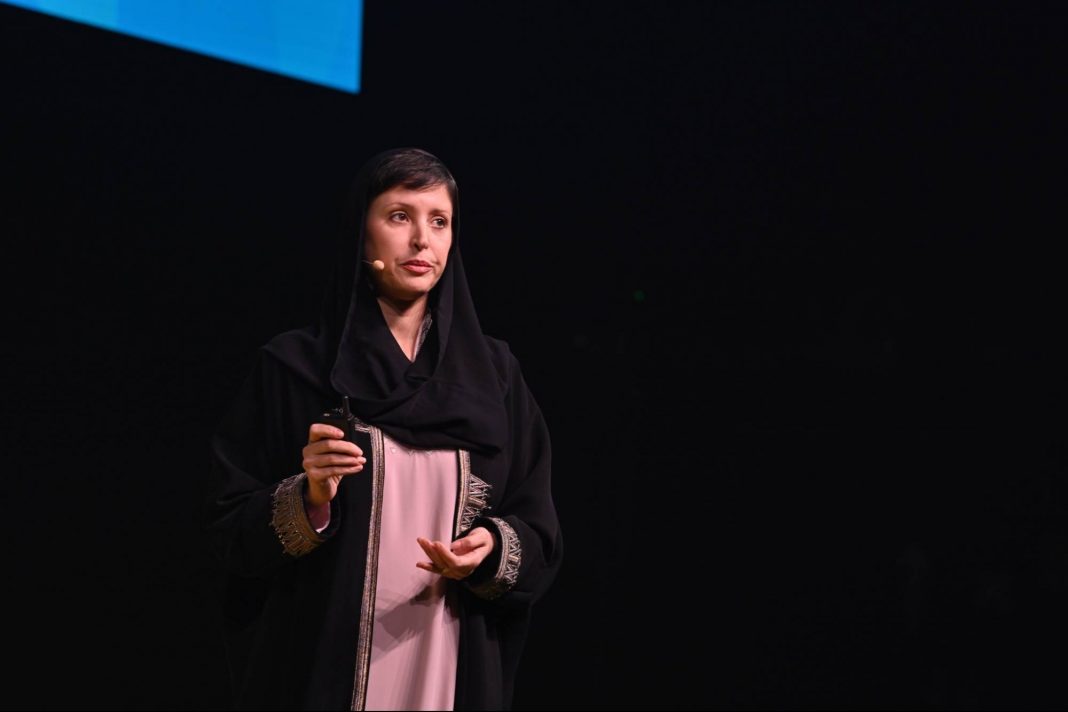 This article is a part of the 2022 installment of Entrepreneur Middle East’s annual Achieving Women series, in which we profile female leaders of note in the MENA region and beyond. The full series can be seen in our December 2022 issue here.

It was impossible to miss the air of quiet confidence that Nuun Jewels founder HRH Princess Nourah Al-Faisal had around her during her talk at the 2022 edition of Tanween, the annual flagship creative season organized by Saudi Arabia’s King Abdulaziz Center for World Culture (Ithra), which ran from October 27th to November 12th this year. In line with the theme of collaboration that this instalment of Tanween was built on, Al-Faisal -who is also the founder of Adhlal, a research-based consultancy focused on the design sector in Saudi Arabia- chose to center her talk at the event on the subject of “change by design,” and it was abundantly clear that the insights she shared with the audience were lessons that she had learned along the way of her own entrepreneurial journey.

While Nuun Jewels is a bespoke jewelry brand that Al-Faisal established in the French capital of Paris in 2013, Adhlal came into being as a Saudi Arabia-based social enterprise in 2018 after she identified the need for a platform dedicated to supporting the development of the growing design community in the Kingdom. Both of these ventures speak to Al-Faisal’s entrepreneurial prowess, because while she readily admits that she has had to deal with plenty of hurdles through the course of running these enterprises, she also points out that she never allowed any of these challenges to stop her from realizing her business goals all the same. “I am not someone who’s confrontational, and I don’t view things in a confrontational way,” Al-Faisal explains. “I am a problem-solver (I think all designers are problem-solvers), and so, I always try to find an easier way to get to what I needed to get to.” 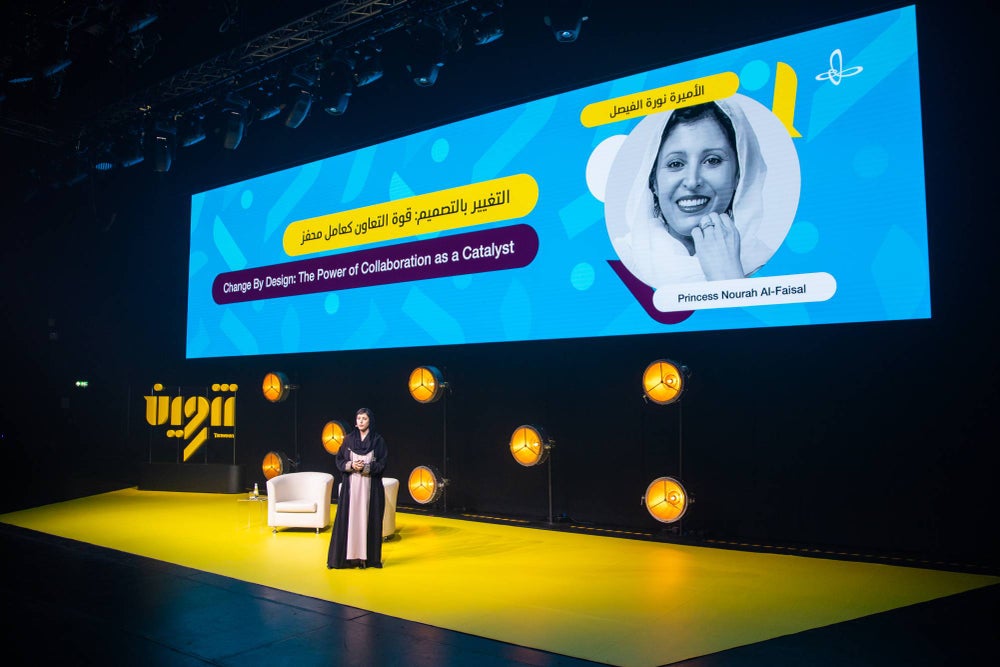 Now, Saudi Arabia has changed a lot in the years since Al-Faisal launched her businesses, and as such, the entrepreneur is quick to highlight the fact that a lot of the challenges that she faced as a female entrepreneur back in the day simply don’t exist for women in the Kingdom today. “I believe that the only thing that would stand in the way of women today is themselves,” Al-Faisal declares, which is a nod to the unprecedented amount of support that’s currently being seen for women in Saudi Arabia’s business landscape. In these circumstances, Al-Faisal believes it falls upon women to take advantage of every opportunity that comes their way, and to look out for ways to empower themselves, whether it is by, say, educating themselves, or finding allies to help them navigate their industry of choice. And as they do all of this, women need to remember just one thing, according to Al-Faisal – and that is to not be afraid of failure.

“I cannot say this enough,” Al-Faisal declares. “There is nothing wrong with failure. Every lesson I have learnt, everything that has allowed me to excel in any way, came off the back of a big failure, when I thought that the world was ending- but it didn’t.” Here, Al-Faisal shares a story from when she was getting ready to launch Nuun Jewels to prove her point. At the time, Al-Faisal had planned on an entirely different name for her fine jewelry brand, and it was one that she remembers as being absolutely “appropriate” for the business she wanted to launch. However, a week or so before she was supposed to unveil the brand to the world, she was informed that she couldn’t register her company with that name in a country that was integral to her business’ operations. Al-Faisal was crushed when she found out, especially given the fact that this was happening after a lot of work had already been done with that initial name she had thought up for her brand. “I was heartbroken,” Al-Faisal recalls. “I thought I was going to die.” 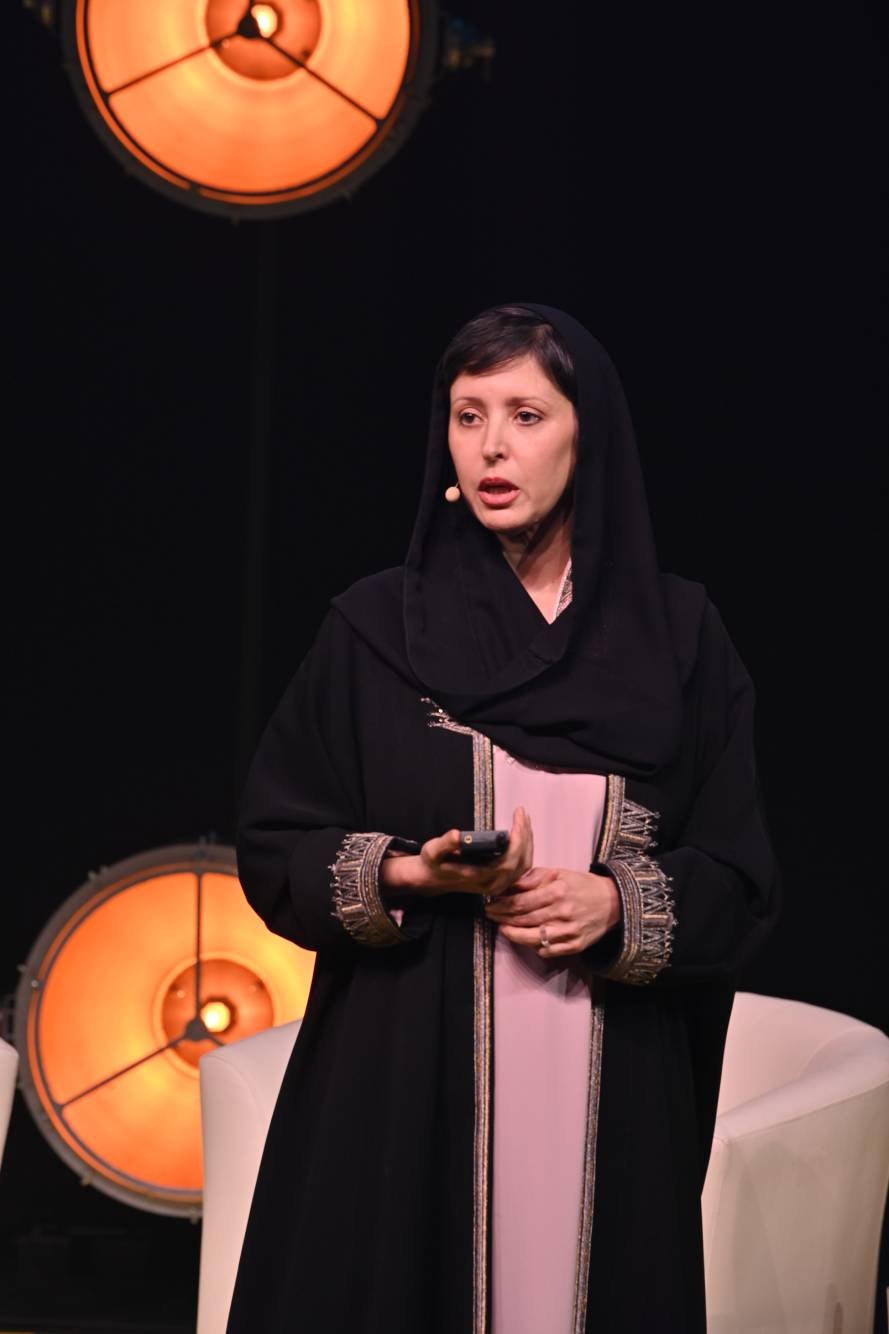 But then, that same night, she remembers the name “Nuun” just coming to her- it just happened, she says, with the name being the written pronunciation of the Arabic letter “ن” that starts her first name. “Now, when I look back at it, I cannot imagine my brand having a different name,” Al-Faisal says. “It actually came out for the better!” Plus, Al-Faisal notes, she had a sense of validation when the name she chose for her brand ended up being used -albeit with a different spelling- for what is today one of the largest e-commerce players in the Middle East. “My Nuun was there before the Noon,” she laughs. “Just to be clear, I was there first!”

Now, Al-Faisal’s travails with her brand’s name are just one of the many difficult moments that she has had to navigate over the course of her career. But when asked if she’d do anything differently were she able to go back in time to start her entrepreneurial journey again, Al-Faisal’s answer to that query is an emphatic “no.” “I am the accumulation of every step I have taken,” Al-Faisal declares. “I would not change a single thing.”

Related: The Path to Progress: Achieving Gender Parity in the Workplace Starts With Our Mindset