She Helps Singers Find Their Voice And Get Broadway Gigs 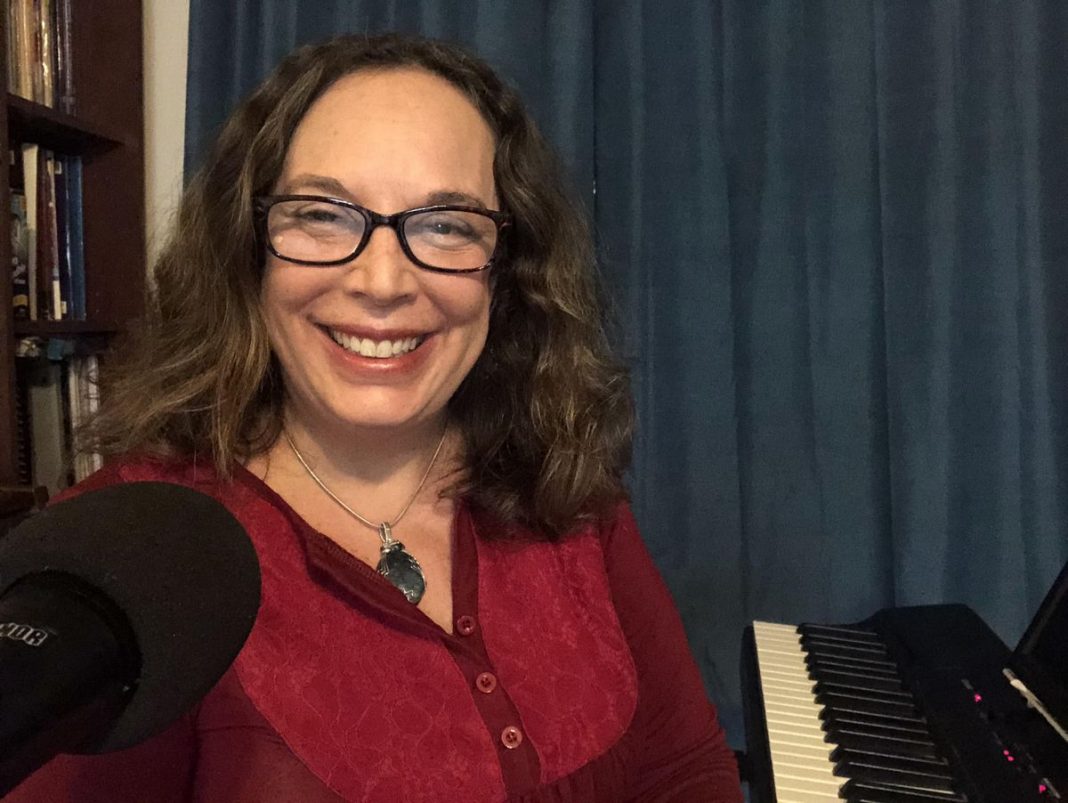 Tracey Grimaldi vividly remembers exactly where she was when one of her students called to let her know that she was cast in the off-Broadway production of a brand new musical called In The Heights.

This talented dancer came to Grimaldi because she needed help to prepare for the singing portion of her call back.

“I was in at Indian restaurant having lunch when I got the call,” recalls the New York-based Grimaldi. “I was so excited, I wanted to scream. But I didn’t want to scream in the restaurant. So I ran out onto the sidewalk and yelled, ‘This is so amazing!’”

An accomplished Broadway vocal coach, Grimaldi has loads of stories like that. There was the time that one of Beyoncé’s backup dancers who had little vocal training, but was blessed with belting pipes, booked the 2009 Broadway revival of West Side Story. She ultimately went on to play Anita.

Since launching her professional voice teaching studio in 2001 Grimaldi’s students have appeared in Hamilton, The Book of Mormon, The Lion King, Matilda, An American In Paris, Shuffle Along, Jersey Boys, Wicked and on and on. But Grimaldi relishes all triumphs. Not only the Broadway ones. “It is just as thrilling when one of my tweens or teens gets into the school they wanted or the part in their summer play,” she shares.

When Grimaldi opened her teaching studio she was a single mother raising a young son and working as freelance teleprompter owner/operator for film and television. She was doing all she could to make ends meet in an industry where hours were typically long and irregular. “I kept stumbling my way through just getting through each day,” she shares.

When 9/11 happened, she was working as an outside contractor for a major network located in the frozen zone below 14th street. The work stopped. “I was running out of money,” says Grimaldi.

Armed with a music degree from Ithaca College and a great passion for singing and music, Grimaldi always loved accompanying her actor friends on piano while they sang. “Sometimes I would make songs suggestions for their auditions,” she explains. “Everybody was telling me I had good instincts.” She adored everything about the experience of helping people sing.

Her first pupil was a woman who was studying musical theater in college and happened to be home for a month-long break. “She had asthma and needed me to be tuned into her emotional and musical needs,” says Grimaldi. “She required a more tender touch than a lot of teachers maybe had for her.” The lesson was a success. “She loves you,” said the student’s mother. “Please come back as much as you can while she is home.”

Grimaldi’s teaching work flourished. Agents began to send her clients who needed help with their singing and auditions. Within a short period of time her students booked roles on Broadway.

Whatever level somebody is at Grimaldi’s goal is to nurture and help bring artists to the next level in their creative lives. “If someone is a dancer who passes all their dance call backs, but can’t carry a tune, I can help them get that singing call back. Or maybe they have a supporting role in a show and would like to be considered for lead,” she says. “I take that just as seriously as high school student who is auditioning for musical theater college programs or someone in middle school auditioning for LaGuardia [the Fame high school].”

A decade ago, long before life was virtual, Grimaldi incorporated her TV film experience to offer virtual lessons. She was also adept in filming her students to submit auditions via video. “I was helping people make good choices, getting the lighting right and making edits,” says Grimaldi who taught a self-tape seminar at BroadwayCon. She also uses three technologies at once so she can accompany her students on the piano during virtual lessons.

For Grimaldi creating a sense of community for her students remains paramount. “I encourage them to love, support and celebrate each other,” she says, especially during her workshops and group lessons.

Also important is giving her students a safe space where they can soar. “When I was a child, there was nothing better than a new box of crayons,” she recalls. “The first thing I’d do is take them all out and make a rainbow because I wanted to see all the colors next to each other.”

She envisions giving her students the proverbial paper and general outline. “And then the crayons go rogue,” says Grimaldi. “You watch them scribble all over the page and make something wonderful that is different than anything could ever envision. The magic is getting them to a space where they make their own rainbows.”