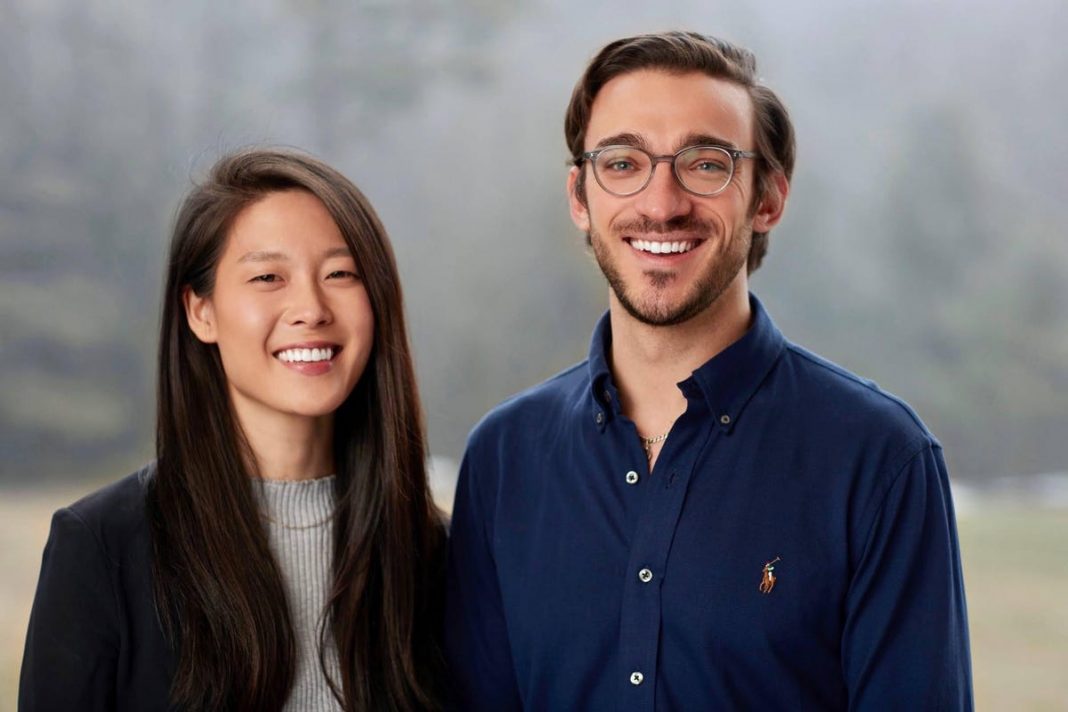 During her undergraduate years at Yale University, April Koh learned firsthand how frustrating and expensive it can be to find effective help for mental health illnesses. Her best friend and roommate cycled through multiple doctors and medications for an eating disorder, and ultimately needed a leave of absence to secure treatment; Koh, meanwhile, was dealing with her own mental health issues and struggling to find the right course of treatment.

“The most expensive problem in the mental health space is trial and error,” Koh says. “There was this crazy proliferation of all these apps and solutions that were claiming to help people with their mental health. And there was no guidance around which resource, which app, or which therapist would be best for you.”

Convinced that there had to be a better way to match patients to the best treatments, Koh teamed up with Adam Chekroud, a Ph. D student at Yale who in 2016 published peer-reviewed research on the ways that machine learning could help match patients to the best care providers for their needs. That same year, Koh and Chekroud founded Spring Health, a platform that would use “precision mental healthcare” to solve the very problem Koh and her best friend had faced.

Five years later, Koh (Spring’s CEO) and Chekroud (Spring’s president) have guided Spring to unicorn status: the company is announcing Thursday that it has secured a $190 million Series C round of funding at a $2 billion valuation. The round was led by health investor Kinnevik; insurer Guardian Life joined as a new investor, while existing investors—including Tiger Global, Rethink Impact and Work-Bench—also participated.

The raise also means that Koh, 29, is now the youngest female CEO of a multi-billion dollar startup. (To achieve this distinction Koh just edges out Shippo CEO Laura Behrens Wu, a Forbes Under 30 alumna, who is six months older.)

“It was an incredibly competitive round,” Koh told Forbes, noting that she had higher valuation offers from some of the world’s largest funds, but turned them down because she preferred Kinnevik’s healthcare expertise. “And that reflects our incredible growth over the past year, especially, but also over the past few years.”

The growth Koh is referring to had been slow and steady for the majority of the company’s existence: after incorporating Spring in 2016, Koh and Chekroud spent two years working on the science and building out the business plan. By 2018, the Spring team had published 15 peer-reviewed papers on its science and was beginning to roll its services out to large employers; Koh’s theory was that offering Spring’s algorithms and matching services as an employee benefit would be the best way to reach the most people who needed help with their mental health. Later that year, Koh, Chekroud and their third cofounder, Abhishek Chandra, landed on the Forbes 30 Under 30 list.

Between 2018 and 2020, Koh’s hypothesis that Spring would be an attractive employee benefit proved correct, with companies like Whole Foods, Equinox, and the Gap signing on as clients. In 2020, coronavirus pandemic and the associated mental health epidemic turbocharged the business: in early 2020, Spring raised a $22 million Series A round of funding, which it followed with a $76 million Series B in November. And now, a $190 million Series C.

Koh told Forbes of her intentions for the fresh round of capital is twofold: take Spring global, and offer its services to an employee’s entire family. “We have relationship counseling, we have pediatric mental health care, we have coaching for, for parenting. We have all these different pieces in place already, and so we’re now in the process of building a platform where families can you experience Spring health together,” she explained.

The most expensive problem in the mental health space is trial and error. There was this crazy proliferation of all these apps and solutions that were claiming to help people with their mental health. And there was no guidance around which resource, which app, or which therapist would be best for you.

While Spring does not publicly disclose its full pricing model, Koh says that employers can generally expect to pay $100 to $150 per employee per year. What individual employees end up paying for treatment depends a bit on what that treatment is—Spring’s algorithms can match people to anything from meditation and self-guided cognitive behavioral therapy (CBT) to licensed therapists and medication management—and the coverage under their healthcare plans. Spring works with employers to understand those insurance plans so that when an employee is looking for a treatment, the options they see are largely in-network and not out of pocket. This is a crucial step towards expanding access to mental healthcare, as some 112 million Americans live in areas where mental healthcare is already scarce and only 56% of psychiatrists accept commercial insurance.

“Tech for the 99% is a big business. And in this case, employers care because it matters to their bottom line,” says Jenny Abramson, founder and managing partner of ReThink Impact, which invested in Spring’s Series A, B and C rounds of funding. “We’ve seen that 7% of employees were hospitalized because of workplace stress—that number may shift year to year, but give or take—and 50% of employees are missing time at work because of stress. That’s a massive problem.”

Chris Brunson, vice president of total rewards at General Mills, has also seen those statistics, and knows that traditional employee assistance programs have very low usage across workforces (in some cases, just 1% to 5%). It’s why in January, he and his team introduced Spring to the company’s 35,000 employees. Brunson said employee interest in Spring was “immediate” and widespread across all types of General Mills jobs.

“You know, it’s easy to get focused on a corporate headquarters footprint, but we’re a manufacturer organization; the vast majority of our employees are out of manufacturing locations. We needed a solution that was scalable, and deployable across our network of employees,” he said. Brunson said General Mills advertised Spring through mailers with QR codes, allowing workers to sign up for Spring on their own and without needing to go through a manager or HR. Once a worker gets matched to a care or treatment provider, they can see that person within two days. (Koh says Spring has never exceeded a two-day wait time to see a provider, which is a significant improvement over the 20-30 day wait that is typical in this space.)

Koh is allowing herself a brief moment of reflection after completing the Series C—“it’s an extraordinary privilege, and I’m proud of it,” she says of her newfound distinction as the youngest female unicorn CEO—but she is also laser focused on the future. In the near term, she says, her goal is an IPO.

“It’s less about IPO’ing,” she said, “and more about establishing Spring Health as a long lasting company of consequence that has the biggest impact on mental health as possible.”