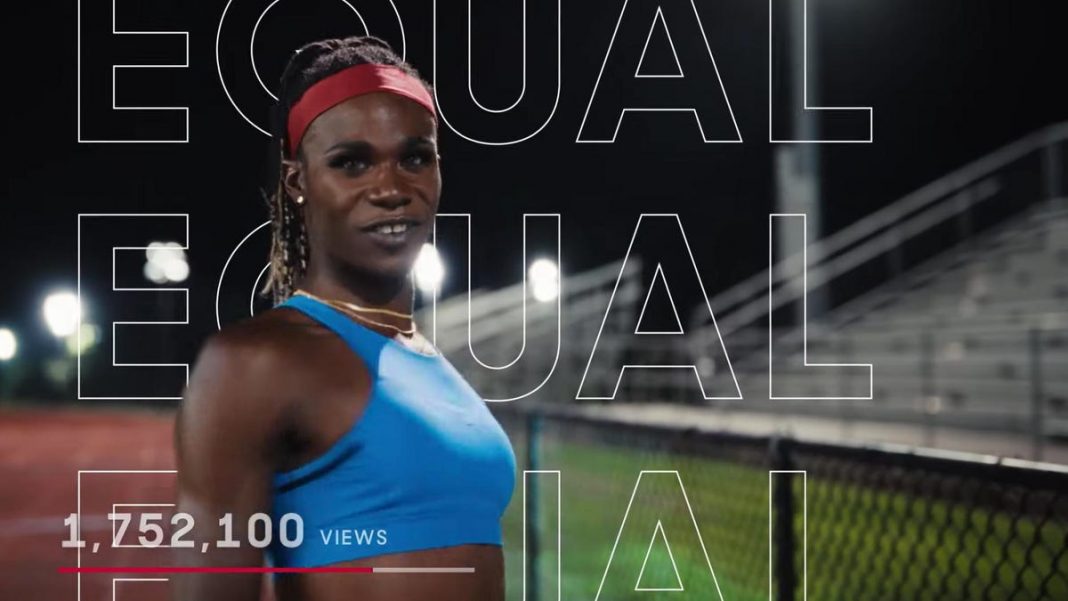 “Nobody knows the struggle better than the athletes themselves,” said NCAA champion sprinter CeCé Telfer about being chosen to be a part of Michelob ULTRA’s new campaign for gender equality in sports. “I feel like that’s why Michelob saw an athlete like me, who built my career on bringing awareness and equality to sports and not backing down to please other people.”

Telfer, 26, is the first publicly out transgender woman to have won an NCAA track & field title. That was in 2019. Ever since, she’s been a target for transphobes, including Donald Trump, Jr., and those who oppose transgender inclusion in women’s sports. Last month, Telfer joined WNBA star Nneka Ogwumike, ESPN sports analyst/reporter Andraya Carter and a roster of other female athletes in Michelob ULTRA’s “Save It, See It” campaign.

The campaign encourages fans to hit “save” on women’s sports highlights on social media to help boost visibility for female athletes. Michelob ULTRA kicked off its campaign on August 26, Women’s Equality Day, committing $100 million over the next five years to efforts to equally represent men’s and women’s sports through the brand.

“I want to thank Michelob ULTRA so much!” Telfer exclaimed in a recent Zoom interview. “The commitment that Michelob ULTRA has put into this campaign: One hundred million dollars over five years is awesome. And just having me on that stage with them is breathtaking.”

“This partnership with Michelob has all the intentions of not only elevating female athletes and women’s sports, but also creating an equal playing field,” said Telfer. “I don’t want people to think that Michelob is just taking a stand only for female athletes; No. They’re standing up for both. But right now the inequality is with female athletes. And we need that recognition. We need that visibility. We need that motivation. We need it. We need to be recognized. And that’s what Michelob is doing. That’s the most important thing to take away from what this commercial and the campaign that is happening is. The point of it is equity and elevation.”

Right now Telfer is training solo, and is in search of a coach who will help her qualify for the next Olympic Summer Games, in Paris in 2024. And she said she’s done worrying about transphobes.

“I want to live my life just like everybody else is living their life,” Telfer said. “And that’s why Michelob feels like it’s important for us to have an equal playing field for all athletes.”