What The New Administration Means For Women And The Transgender Community 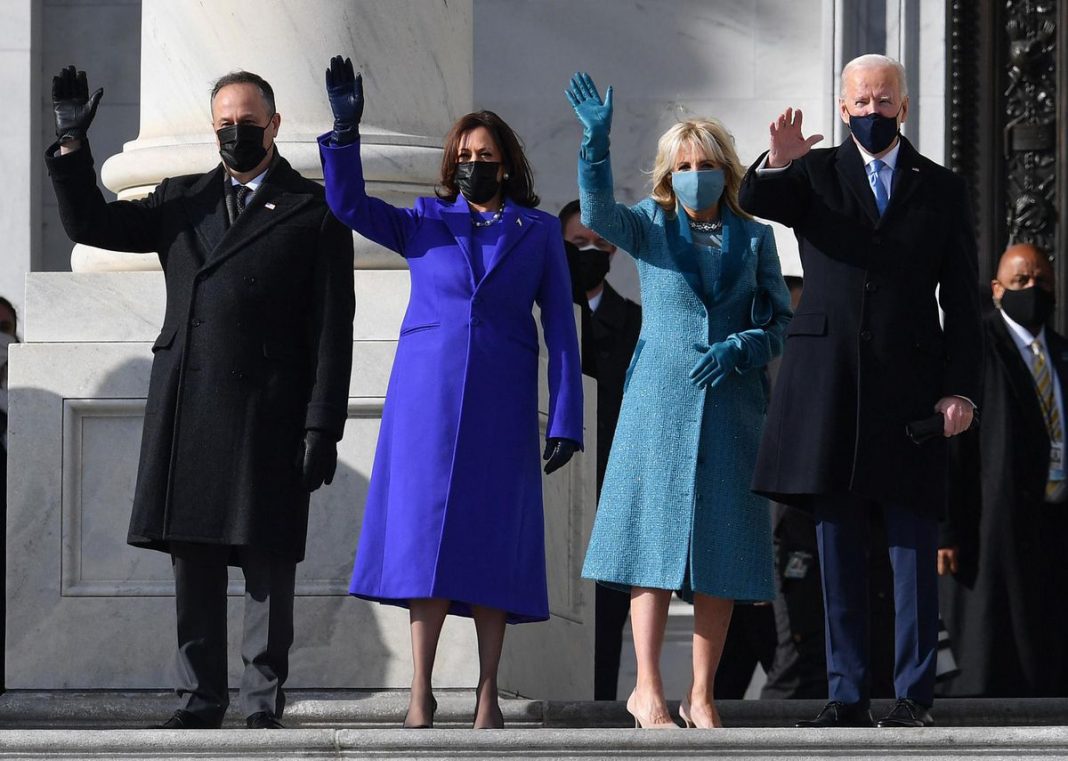 On January 20th, 2021, Kamala Harris was sworn in as the nation’s first female, Black and South Asian American vice president. From The New York Women’s Foundation perspective, a nonprofit with a 34-year history fighting for social and gender justice, marginalized communities will feel the most relief – and in turn, need the most immediate attention – as the new administration comes into power. Specifically, they are focused on addressing restrictive policies and rulings placed on the transgender and gender-nonconforming community, a charge which Rachel Levine will likely be appointed to as the assistant to the secretary of health.

The Foundation anticipates that the Biden-Harris administration will include their fight against racial, economic, and gender injustice and oppression.

“The Biden administration’s leadership can make the difference in introducing policies and legislation that align with our values as a Foundation to create a more equitable and just world,” said Ana Oliveira, President and CEO of The Foundation. “With new leadership comes a myriad of possibilities. We are incredibly hopeful that the inclusive team President Biden and Vice President Harris are amassing is an expression of their leadership and values, which will move us toward a better future.”

From turning the tide towards protections for trans and gender-nonconforming communities to immigration justice, racial equity, and more, The Foundation is eager to ensure that the Biden administration enacts the changes they feel are needed urgently.

I spoke to Ms. Oliveira, who offered her insight and expertise into this historical moment for marginalized groups. The TGNC community and what she feels is needed to build a more just and equitable future.

“The past four years have been some of the most hostile years with the disparity among women in society growing enormously,” Ms. Oliveira states.

In addition to her role as the President and CEO of The New York Women’s Foundation, Anna Oliveira is also a proud co-chair of The New York City Council Speaker’s Young Women’s Initiative and a Commissioner of Human Rights for the NYC Commission on Human Rights. She also sits on the Independent Commission to Study Criminal Justice Reform in NYC and is on the board of Philanthropy New York.

“At The New York Women’s Foundation, we have four primary areas of concern over the last four years under the former Trump administration:

Under the new administration, The Foundation’s priorities are on the alignment of policies and financial investments. The federal government has the power not just to promote but enact policies that support women. With this administration, in particular, the feeling is that there’s an increased opportunity to support economic equality and security.

The policies around equal pay, family leave, childcare, etc., directly impact women because they play a vital role in the care economy. Ms. Oliveira explained that too many women work in this industry, making below the poverty level. She feels that the administration needs to see that the care economy is as equally important as other countries’ economies.

“The Biden administration needs to take a look at this sector and make it a priority to look at those occupations and give them a higher minimum wage and benefits. That would go a long way for women.” Ms. Oliveira adds.

The Foundations Efforts And How Businesses Can Help

“We want this administration to continue to center the lives of women, especially those who do not occupy power or wealth,” said Oliveira. “We’d like to see the council have direct communication levels with community leaders, invite people to go where those leaders are, and listen to what their lives look like and how it’s not reflected in our policies. There needs to be open dialogue, and we’d like the council to be connected to the ground and the movements to put forth the vision of solutions that are needed.”

To strengthen grassroots movements’ efforts on local, state, and national levels, Ms. Oliveira recommends bringing gender equity to the forefront, which means listening to civil society who are voicing their views and desires for change.

For The Foundation, that means continuing to support the leadership of women of color through our grantee partners and finding ways to amplify their voices for the government to understand the real need for change.

Last year, The Foundation invested in six TGNCNB organizations in recognition of Trans Remembrance Day. They will continue to fund community organizations at the local and regional levels and look for opportunities to create partnerships throughout the country to advance women of color leaders’ vision.

If you are a business interested in supporting these initiatives, Ms. Oliveira feels there are many positive and helpful things companies can do to impact people’s lives.

“First, businesses need to ensure that all people who work at their organization, no matter the occupation, have livable, working wages,” she advises. “Second, they need to reflect and examine where people of color are located in their businesses. Typically, many of these people are located in the mailroom, cleaning crews, security, etc., and are viewed as the ‘assistants.’ While there is nothing wrong with that, these people need the same thriving wages, benefits, training, and personal development as those already in leadership positions. Third, depending on the business’s nature, they should look to engage communities and give back. For example, suppose a company is in the legal sector. In that case, they should look to assist in pro bono work for underinvested communities, such as the LGBTQ+ communities, on all the discrimination issues. Lastly, businesses should look for opportunities to seek partners that can transform their initiatives, look at what they want to be and how they are.”

What YOU Can Do To Help

This past December, women accounted for all the job loss related to the pandemic. This a moment where we can no longer talk about fixing the economy, but we have to take action by placing women at the center of recovery efforts. There is a substantial multi-layered opportunity for everyone to implement solutions to get better wins.

One of the critical opportunities the Biden administration has, is how we rebuild from where we are now. Rebuilding needs to take place for us to build forward to a more equitable future. The country has had enormous losses, so we need to look at how we can move forward amid the pandemic’s economic devastation that has primarily affected communities of color and women.

I asked Ms. Oliveira what advice she has for those marginalized and those who want to be an ally. She advised that those underinvested in the policies and systems to resist harm and move toward the vision you want to see.

“Those who have been underinvested individually in their lives are the best architects for what needs to happen next to create meaningful change,” said Oliveira. “Now is the time to come together. Coming together is the quantitative change that will shift the policies and patterns in the decision-making process. I urge those who want to make a difference to continue coming together and not repeat old ways by upholding the vision for solutions that will lift everyone.”

It’s clear that The Foundation is using this new administration as an opportunity to strengthen the efforts of grassroots movements on local, state, and national levels with investments in bold solutions to these most pressing challenges. When we look back on this time, may we always remember that it was the efforts of women— and particularly Black and brown women, immigrant women— whose unwavering commitment to justice and equality made this possible.

Ms. Oliveira’s final thoughts say it all. “May we remember that we are interconnected. When we center the needs of those who have been harmed by the previous administration and a culture of racism and patriarchy, we create a path for sustainable, meaningful change. With determination and a spirit of radical generosity, we will see this through— together.”