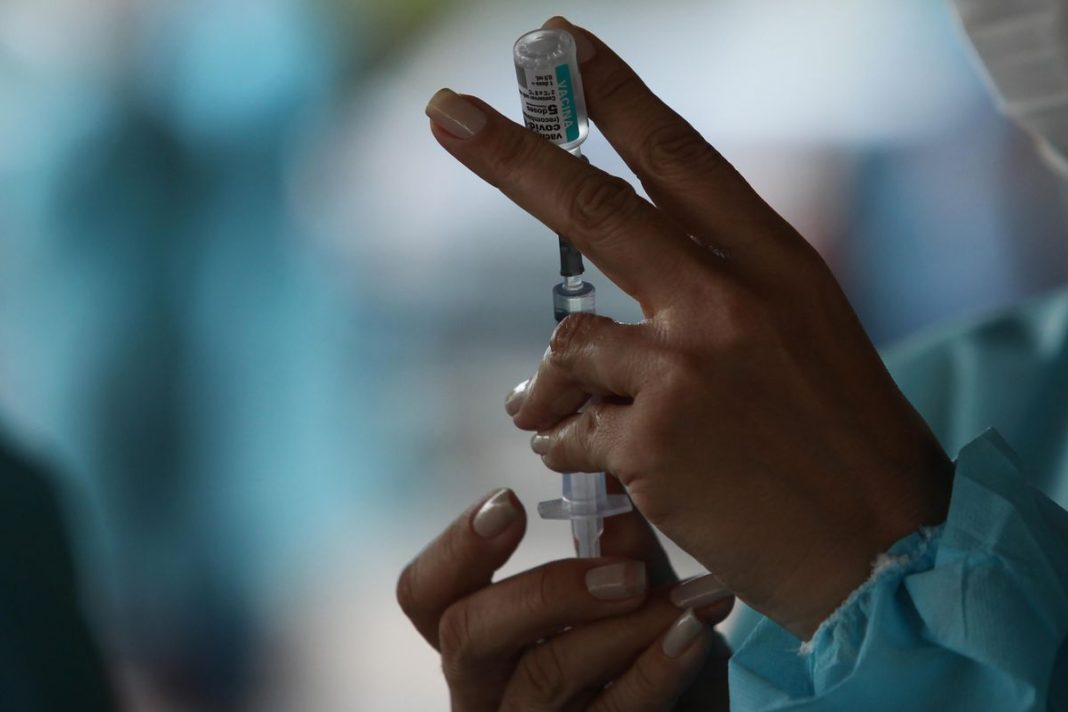 The United States has officially distributed more than 200 million Covid vaccines; globally, more than 1 billion doses have been administered.

While there is still a long way to go until the American population is inoculated to the point of achieving herd immunity—and an even longer way to go to reach that benchmark globally—the pace of the progress thus far has been a testament to the power of science, innovation, and human determination.

It’s also been a testament to the power of women, and, particularly, women over the age of 50. For the last 14 months, women have been on the frontlines of the Covid pandemic—as doctors, healthcare workers, and pharmaceutical professionals—and they’ve also been running operations, behind the scenes, to facilitate the breakneck pace of vaccine distribution. And so, as part of our regular segment on Morning Joe highlighting women over the age of 50 who are changing the world, Forbes and “Know Your Value” want to shine a light on the women in this group who have made the vaccine rollout possible. They are:

Kathy Wengel, 55: As Johnson & Johnson’s chief global supply chain officer, Wengel leads a team of 56,000 people across the company’s three core business sectors: consumer health, pharmaceuticals, and medical devices. She oversees every aspect of J&J business that puts medicine in the hands of patients (or a medical device in the hands of doctors). This means Wengel worked with 10 manufacturing partners on four different continents in order to deliver her company’s inoculation to the U.S. and beyond. But this job also means she oversees “everything else,” a broad portfolio of products that are just as critical: Tylenol. Cancer treatments. Heart medication.

“This is not the first time we have needed to mobilize quickly in response to a crisis. It’s part of our 134-year heritage to step forward to help where we can,” Wengel said in 2020. She’s worked at the company since 1988 and has seen firsthand many of these crises (including, she has noted, the 2014 Ebola outbreak).

Though J&J’s vaccine was recently subject to a 10-day distribution pause—a recommendation from the FDA and CDC after reports of rare blood clots surfaced in mid-April—that pause was lifted last week, with the CDC concluding that the benefits of the vaccine outweigh its risks.

Outside of her work in managing the J&J supply chain, Wengel is also an advocate for women working in her field. She is the executive sponsor for the J&J’s Women’s Leadership & Inclusion (WLI) initiative and for the company’s initiative for women in STEM, manufacturing and design. “Supply chain is such an interesting and exciting place to be, and there are many talented women leading and innovating—I know thousands of them! We can all do a better job in telling that story and supporting younger women who have the interest and drive to succeed in this space,” Wengel said in 2019.

Sally Susman, 59: Susman is an executive vice president and chief of corporate affairs at Pfizer, a role that entails the overseeing of the company’s global policy, communications, government relations, investor relations and the Chief Patient Office. To those who say her demeanor reads as calm, as one recent interviewer did, Susman can only say this: “Are you kidding? The pressure we feel is enormous, and it’s on our shoulders every day.”

Pfizer, which partnered with the German firm BioNTech in the research and development of its mRNA-based Covid vaccine, was the first company to come to market with an effective inoculation, announcing in early November that its candidate was more than 90% effective in preventing Covid. Two weeks later, the company released additional analyses that put its vaccine’s efficacy rate closer to 95%.

“We had no dreams that it would be this high and when they told our CEO that it was 90 percent effective, he said, ‘One-nine? Or 90?’” Susman, a former Estée Lauder executive, told fashion publication WWD in December. “Because it was just such an incredible number.”

Dr. Corinne Le Goff, 55: Moderna poached Dr. Le Goff from Amgen in January, appointing her as its chief commercial officer with the explicit purpose of overseeing a smooth vaccine rollout.

“Corinne is joining us at an important time as we launch our Covid-19 vaccine, prepare to start the Phase 3 study of our CMV vaccine and pivot to a commercial-stage company,” Moderna CEO Stéphane Bancel said in a January press release, going on to note that her track record “will position Moderna well as we continue building a best-in-class commercial team.”

That track record includes a doctorate in pharmacy from Rene Descartes University in Paris and an MBA from the Sorbonne and INSEAD; leadership roles at Sanofi, Pfizer and Roche; and six years at Amgen, where she ran the company’s integration of psoriasis drug Otezla, which it acquired from Celgene in 2019.

Le Goff has not spoken publicly much since her January appointment, but when she has, it’s been to focus the public’s attention on the vaccine work that lies ahead: “It is likely that the countries that have already achieved high vaccine coverage are going to be ready to shift their focus to boosters in 2022 and possibly even starting at the end of this year,” she warned investors during a call in April.

On Thursday, Moderna announced that it will increase its investment in vaccine manufacturing, a move that will enable the company to make up to 3 billion doses of its mRNA vaccine next year.