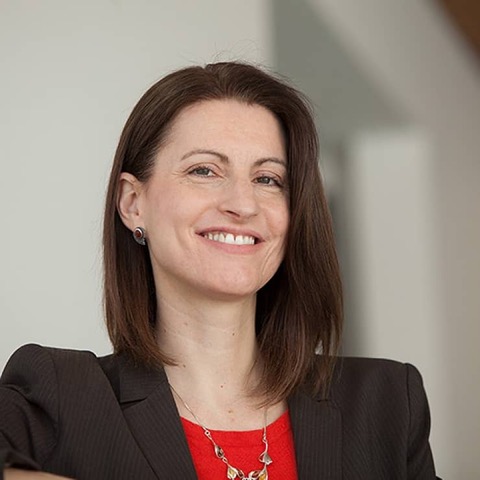 Before Alexis Ohanian had his daughter, Olympia, he hadn’t thought much about family leave issues, even though he’d signed-off on a 16-week paid paternity leave policy as the co-founder of Reddit. After his wife, tennis superstar Serena Williams, faced serious medical complications during childbirth, Alexis realized the importance of having paid paternity leave. He used his entire 16-week allotment. He’s now become an outspoken advocate for the right to paid family leave—not just to support men who want to be engaged fathers, but also to support women’s workplace equality.

It turns out that Alexis’s experience is not unique. Many fathers are being inspired by their daughters to become leaders in advancing gender equality in their workplaces. When men have a daughter—particularly a firstborn daughter—they tend to become less supportive of traditional gender roles and more supportive of anti-discrimination laws, equal pay policies, and sexual harassment enforcement.

Of course, this doesn’t mean that having a daughter is either necessary or sufficient for becoming an effective male ally. All men have a stake in advancing gender equality, and many men are powerful allies without having daughters. But dads of daughters are often particularly motivated to recognize the need for advancing gender equality in their workplaces, and they are uniquely well-positioned to pick up the baton and start running.

1. Invoking your Status as the Dad of a Daughter Gives You “Standing” to Speak

Men sometimes hesitate to become vocal supporters of women’s advancement initiatives because they don’t feel that it’s their place to speak up or they’re concerned about negative reactions. Unfortunately, these concerns are not unfounded.

Researchers have discovered that when people advocate for a position that appears to be at odds with their own self-interest, others often react with surprise, anger, and resentment. These reactions go away, however, if the speaker identifies a vested interest in the outcome. For men, this means that explicitly invoking your status as the father of a daughter can validate your participation in women’s advancement initiatives. In other words, being the dad of a daughter can grant men “standing” to advocate for gender equality in ways that allow others to listen and engage with an open mind.

2. Dads of Daughters are Effective Recruiters of Other Male Allies

Men tend to listen to other men, which makes dads of daughters particularly effective at engaging potential male allies in conversations about gender equality. A great way to get a male colleague’s attention is to ask him whether his workplace is somewhere he’d be comfortable having his daughter work. Ask him whether it’s a place he thinks his daughter could become a leader. If the answer to these questions are “no,” that opens the door for more concrete discussions about making workplace changes.

The power of dads engaging other men is the fuel behind the highly effective Male Champions of Change, which brought together a group of male CEOs in Australia who are committed to regularly conducting gender diversity audits at their firms and publicly sharing their progress. As the MCC’s creator Elizabeth Broderick explains, “[t]his isn’t going to change until you get men taking the message of gender equality out to other men.” 3. Having Daughters Builds the Empathy Skills Needed for Effective Leadership

Being the dad of a daughter is one proven way to build men’s empathy for women in their workplaces. This is particularly the case when men learn from their own daughters’ experiences of sex discrimination, gender bias, and work/family conflict.

These experiences empower men to look more carefully at the external barriers to women’s success at their own firms, rather than assuming that a shortage of women leaders is due to a lack of interest, skill, or commitment. As executive coach Susan Bloch explains, “[d]aughters are educating their fathers that they deserve a seat at the leadership table.” 3 Ways that Dads of Daughters Can Get Started

If you’re a father who’s inspired by your daughter to become a stronger male ally for women in your workplace, here are three ways you can begin having an impact.

A great place to start is to take the online Dads4Daughters Implicit Bias Test designed by Split Second Research. Modeled after Harvard University’s Implicit Association Test, this tool helps us detect the strength of our unconscious gender biases. By measuring how strongly we automatically associate various attributes with males and females, the test helps us recognize how gendered beliefs can affect our workplace decision-making, even when we’re genuinely committed to women’s advancement.

After taking the online test, dads of daughters receive a tailored list of suggested action items to help address particular areas of bias. Some of the action items include pledging to mentor or sponsor a female colleague, ensuring that women get equal speaking time at meetings and full credit for their ideas, and setting specific goals for diversifying candidate pools. The test is part of a larger Dads4Daughters program launched by St Paul’s Girls’ School in collaboration with the UNWomen’s #HeForShe campaign. 2. Join the YWomen’s Father of a Daughter Initiative

Another step for dads of daughters who want to become stronger allies for women is to join Jeffery Tobias Halter’s Father of a Daughter Initiative. Jeffery is the founder and President of YWomen, a strategic business consulting firm that engages men in advancing women’s leadership. Jeffery is also the dad of a daughter, which helped him recognize how that relationship can be a powerful spur to action.

Dads can join the initiative by taking the Father of a Daughter Pledge, which asks dads to commit to specific actions for recruiting, retaining, and advancing women in their workplaces. Some of the action items include pledging to support workplace flexibility, encouraging female colleagues to take stretch assignments, distributing office “housework”—e.g., note-taking, planning meetings, and training new employees—equally to men and women, and having conversations with male colleagues about the importance of women’s leadership.

More information about the link between women’s leadership and business success is available in Jeffery’s book, WHY WOMEN: The Leadership Imperative to Advancing Women and Engaging Men.

Another way that dads of daughters can become leaders on women’s advancement is by supporting paid paternity leave policies and paid family leave laws. Equalizing men’s and women’s caregiving roles is one of the most important steps to equalizing women’s opportunities at work.

This is harder than it sounds because men often face even greater stigma from taking family leave than women, including retaliation and career deceleration. Journalist Josh Levs has documented these challenges in his eye-opening book, All In: How Our Work-First Culture Fails Dads, Families, and Businesses—And How We Can Fix It Together. Yet despite men’s quite rational “career fear,” Alexis Ohanian is one dad of a daughter who believes that the benefits of taking paternity leave far exceed the costs. Alexis and Josh have joined forces with Dove Men+Care to advocate for paid paternity policies and family leave laws. Dads of daughters can support this effort by signing the Pledge for Paternity Leave. The pledge asks new dads to commit to taking their full leave time. It asks other male allies to share the positive impacts of paternity leave with public officials and others. And it asks male business leaders to enact paternity leave policies to bolster work/family balance for women and men alike.

For dads of daughters who want to learn more about becoming stronger male allies for women’s equality, you can find additional inspiring stories of engaged fathers, along with data, resources, and advice for getting involved, in Michelle A. Travis’ book, Dads For Daughters: How Fathers Can Give Their Daughters a Better, Brighter, Fairer Future, which is coming out in January from Mango Publishers. The book is available for pre-order on Amazon.